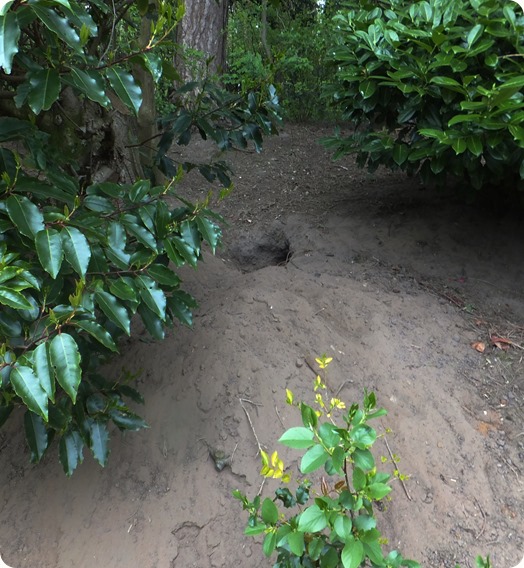 Above is the badger set in the park you cant see very well the large size of the hole but you can see the lighter soil thats been dug out at the front. Its illegal to harm badgers under the new law and specificly in the law you cant obstruct a set under  Protection of Badgers Act 1992,

[F1(1)]A person is guilty of an offence if, except as permitted by or under this Act, he interferes with a badger sett by doing any of the following things—

(a)damaging a badger sett or any part of it;

(c)obstructing access to, or any entrance of, a badger sett;

(d)causing a dog to enter a badger sett; or

intending to do any of those things or being reckless as to whether his actions would have any of those consequences.

[F2(2)A person is guilty of an offence if, except as permitted by or under this Act, he knowingly causes or permits to be done an act which is made unlawful by subsection (1) above.] 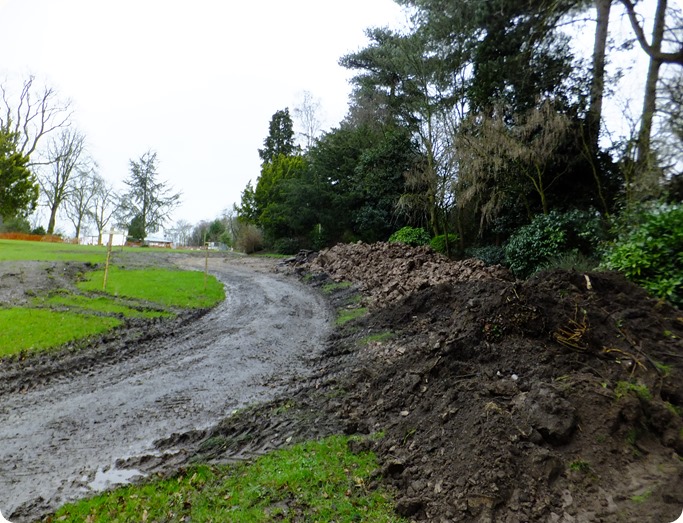 http://www.rspca.org.uk/adviceandwelfare/wildlife/inthewild/badgers/law  but this week you can see they have dumped tons of soil and mud on the set possibly killing the badgers. Last week we reported how they destroyed the main rabbit warren. I advised about them getting close a few weeks ago on the site but CEC seem to have no regards for nature or wildlife and the parks wildlife group are a failure not taking action on this matter. How many more wildlife die as a result of their actions? Even if this was a fox den its still illegal to cover it You can report badger offencies http://badger.org.uk/threats/report-a-dead-badger.aspx 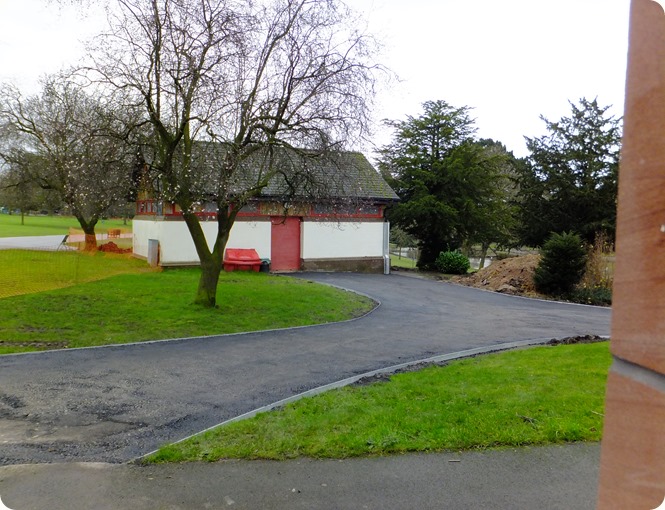 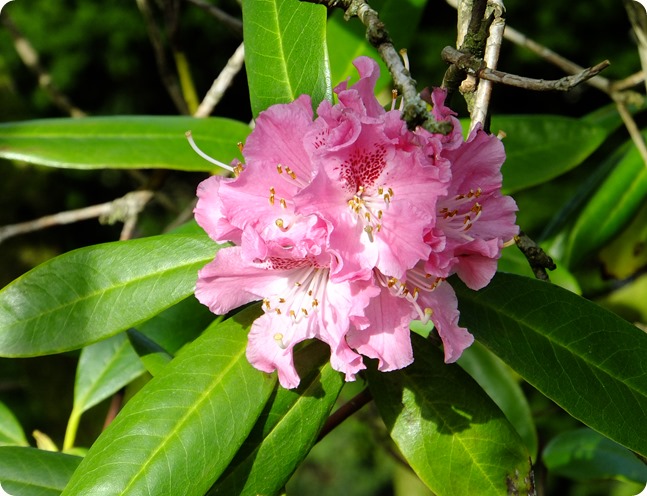 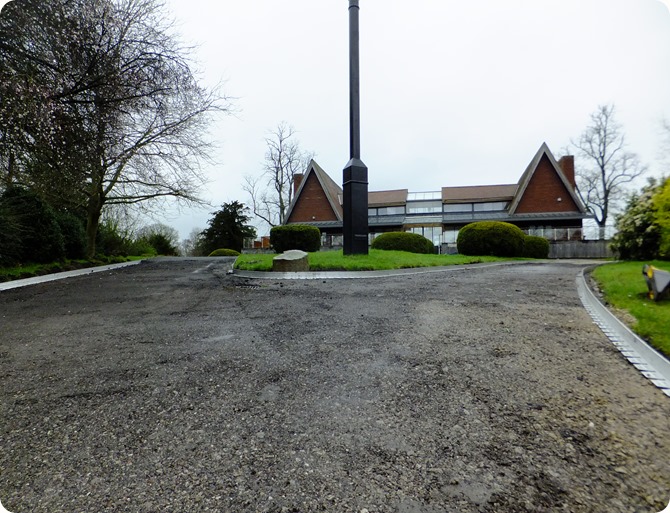 The path outside the cafe has now been hard cored 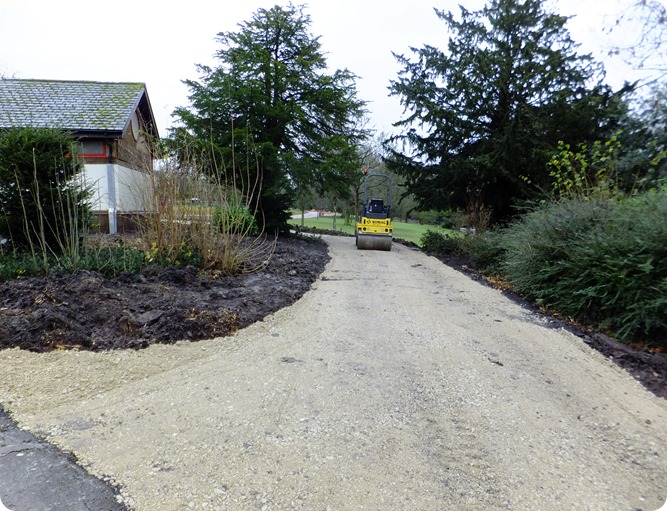 Now this is the strange bit which makes no sense the path that led down to the bridge is now gone instead you have to walk towards the cafe and then walk back on another new path back to the bridge. I see a lot of people just walking on the old path which now is grassed over to go straight to the bridge 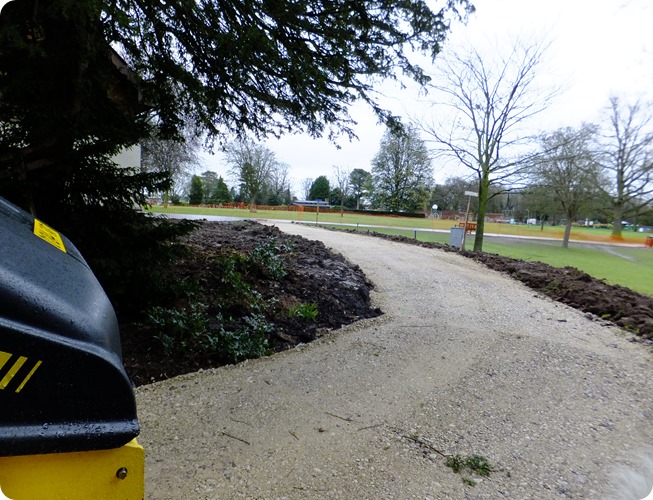 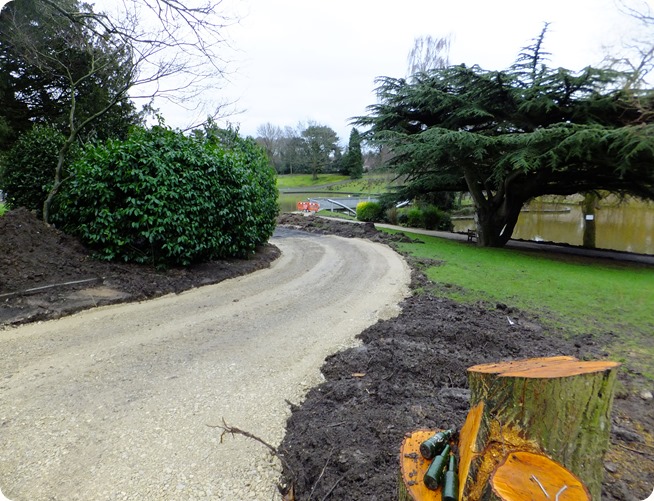 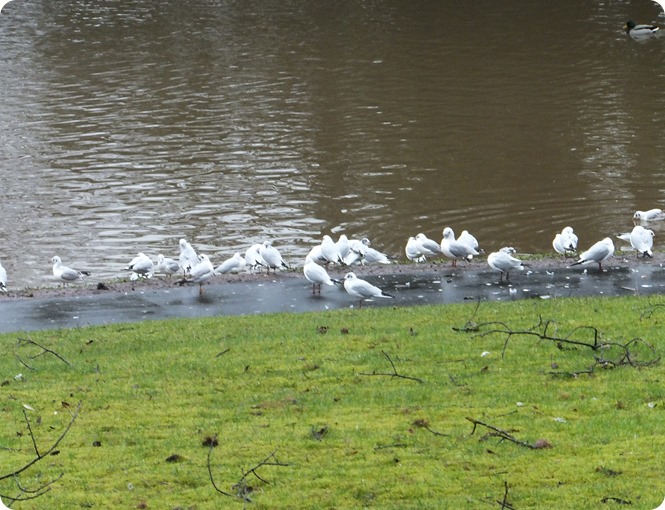