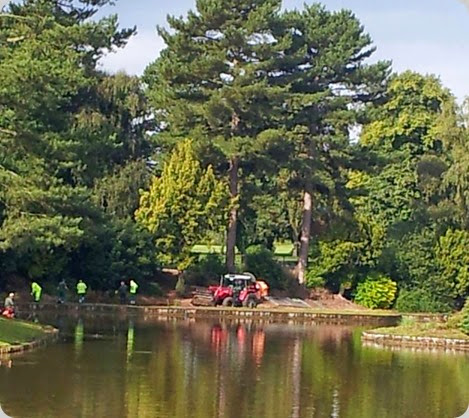 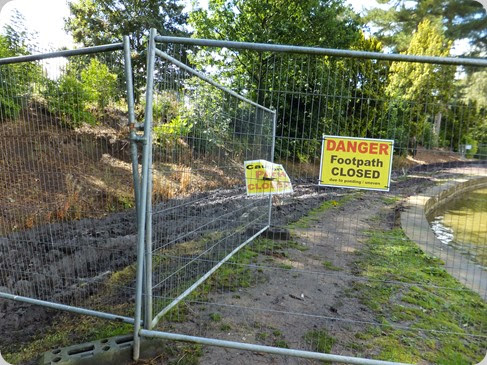 After last weeks report of the deadly path the Chronicle also ran the story this week with picture and low and behold a gang of workmen appeared and created a new feature a mud wrestling ring and closed the path. But at least its responsible sae now. The council claimed it was down to fly tipping but as I witness back in may the council do it this wasnt the case, it sad that you have to get press coverage to get things made safe when it was so clearly deadly 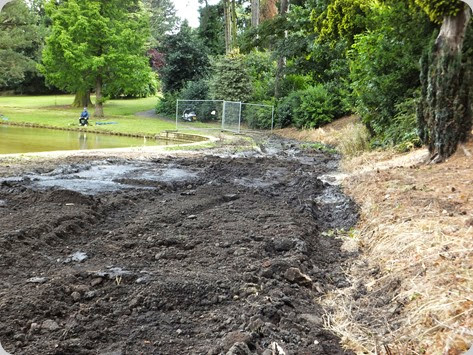 The cygnets have been ringed this week and we have 2 boys 2 girls and one they dont know. The one from Stapley injured by fishing line  will be released soon they hope but cant return to the park as father may drive it off 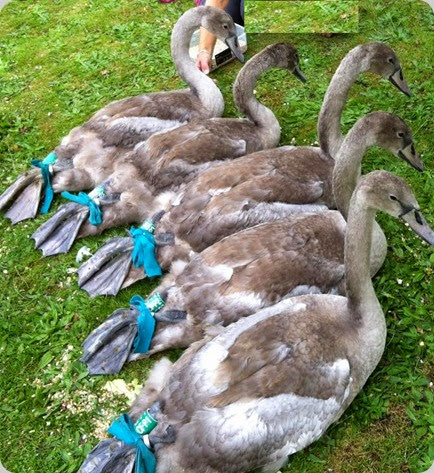 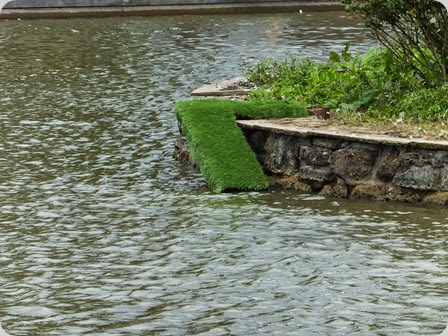 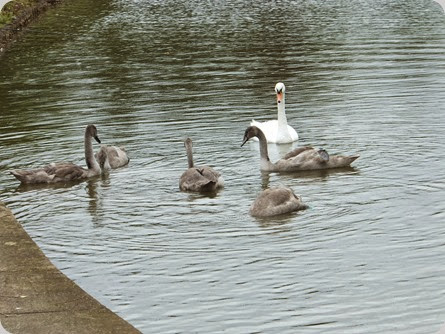 Posted by Jan Wright at 1:20 AM No comments:

Could You be KILLED in the Queens Park 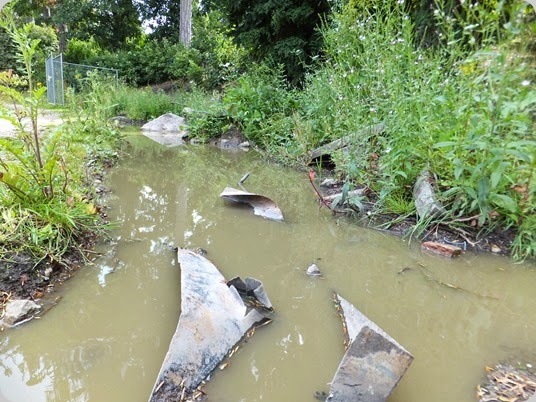 Above is a lethal death trap in the park for  a long time the path at the end of the lake by the golf coarse has been very bad as its very narrow and slippery on one side is the lake and the other is a trench left by the restoration which for ages has been full of dirty stagnant water so either way you fell you would have got wet. But then the council decided to create a death trap and dumped a load of rubbish in the trench turning a wet pool into something lethal. click on the picture and take a close look at the metal very sharp rusty and just right to kill you. If you fall onto that your dead or very seriously injured. If that doesn't get you then there are bricks concrete slabs and other nasty's to crack your head open. The council have left it like this  and created the problem them selves. How can anyone say this complies with Health and Safety laws there can be no argument its deadly and they have done nothing about it the person who instructed this to be done could be criminally liable. Even though they know about this nothing has been done when anyone dies or get hurt they can come on this site for photographic evidence of the CEC H&S failings and win a compensation claim 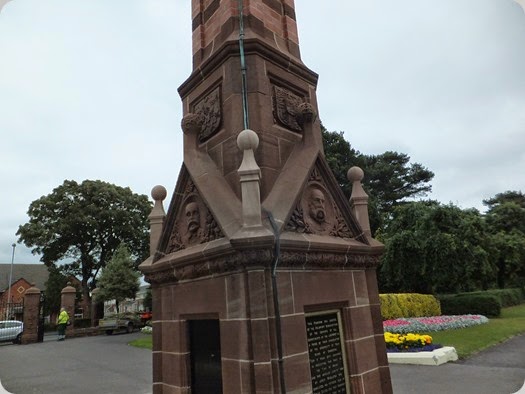 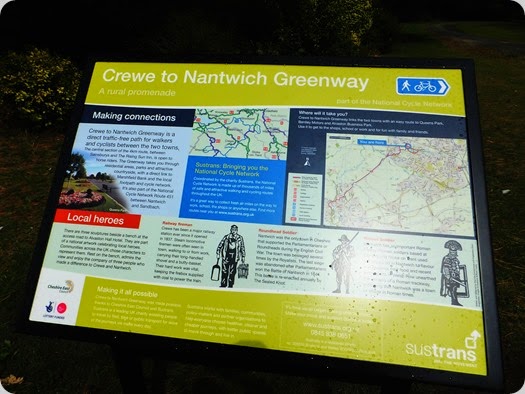 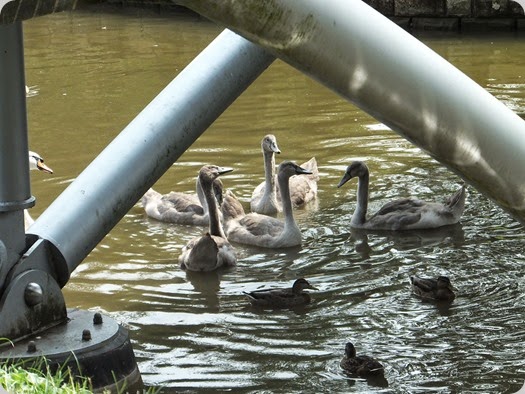 The cygnets are doing well with no more fishing problems and are growing well the only real danger to them now comes from humans and fishing. The cygnet in Stapley may be able to come back in a couple of weeks lets hope it doesnt get driven off