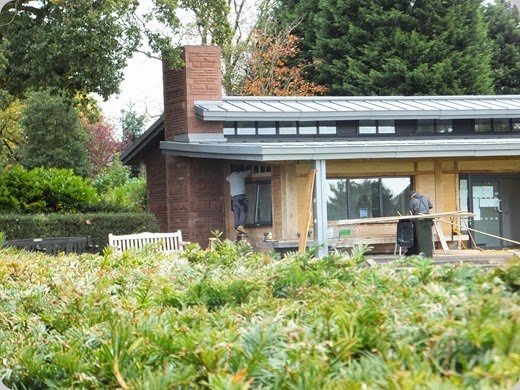 In 2011 the £650,000 bowling hut was finished built from scratch and brand new. Now after just 2 years the renovation is having to be renovated all the panelling on the hut has had to be replaced. People should be asking serious question why after £7million has been spent on the park they are having to renovate a brand new hut? If you buy a kettle or tv a lot come with over 2 years warranty wouldn't you expect a hut at this price to have an even longer one?

The next renovation of a renovation is the cafe as the veranda will have to be replaced again after a 2 year period. Why was it signed off as a completed job if it was going to fall apart after such a short space of time. I get lots of complaints about the hut as its a lot of money to spend on a few individual's as its cant be used by the general public as it used to be. At one time you could go an rent bowls and have a game now the hut is standing empty for most of the week. The council seem to like paying money out for small select groups instead of getting the park paths etc restored. The fishing is the same only a few anglers use the lake on a regular basis but they get money spent on them and the general public have to walk around on dangerous paths. The paths they promised would be done in April this year and we are still waiting for them to even start when they do it will be the worse time in winter when it makes it very hard to do. 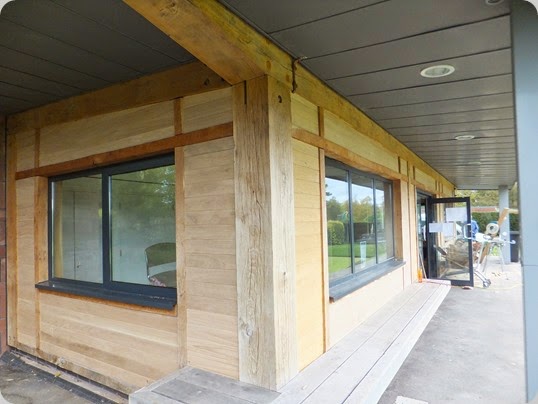 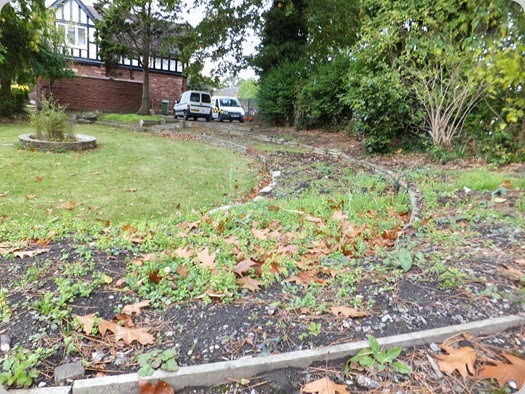 The park now has all sort of volunteer groups including ANTS, Wildlife, Fishing and Friends. The whole scheme is just chaos and these groups dont seem to understand what they are doing is a waste of time. The ANTS have turned up lots of times and done stuff which is a total waste of peoples time. Above they tidied the lodge garden and in the process removed some old rare plants as they have no knowledge. But time and time again they make the same mistakes they cleaned it and thats it as you can see above the weeds are back so all the time they spent cleaning is just a waste of time. They do the same in coronation walk    they tidy it up then never go back for a month or so in which time its its a wilderness again so their time is wasted, the gulf war they planted bushes and left them to die and the border full of weeds.

If they came in every time and just kept 3 areas clean it would stay clean and be improved not revert to a wilderness they could renovate one area and then they could come back and show we have done that as it is when they come back its just wild again as it was before they started. If they are not going to do it properly then leaving it rough for wildlife is a better option.

All these groups are getting out of hand and potentially dangerous along with people from Facebook groups they have resorted to threats and harassment of park users  with people threatening OAP’s not very brave of them if they need to pick on OAP this has been harassment in the internet and physical death threats in the park . There have been several allegation of the wildlife group harassing people in the park and these are women who have visited the park daily for over 6 years feeding the wildlife and now get harassed by  the group. There is still great concern by swan experts  that they are taming the swans and treating them like pets not wildlife hand feeding them with a dog present so they have no fear until one kills them. Even though people who have many years experience of swans  have said they may not survive as they are becoming humanised these people continue to put their lives in danger. All these groups seem to develop a Hitler complex refusing to listen to anyone and harassing them with new laws coming out these troll can get a 2 year prison sentance 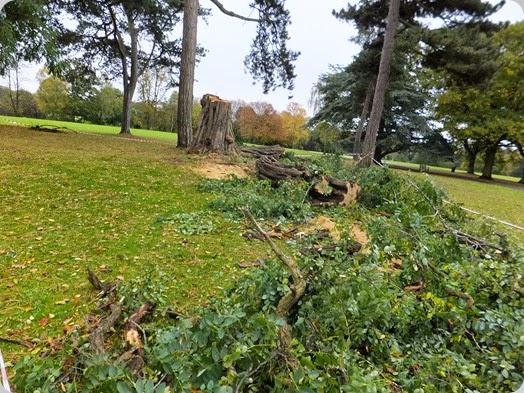 A large tree felled by the band stand this week 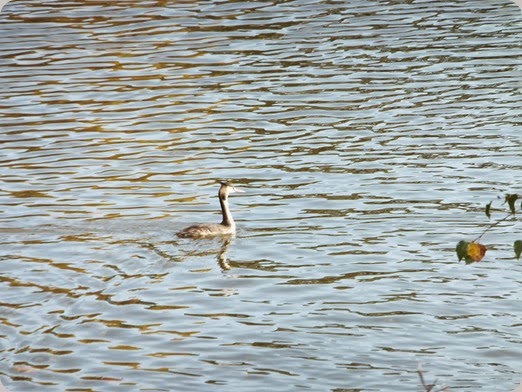 Posted by Jan Wright at 1:38 AM No comments:

Autumn Colour in The Queens Park 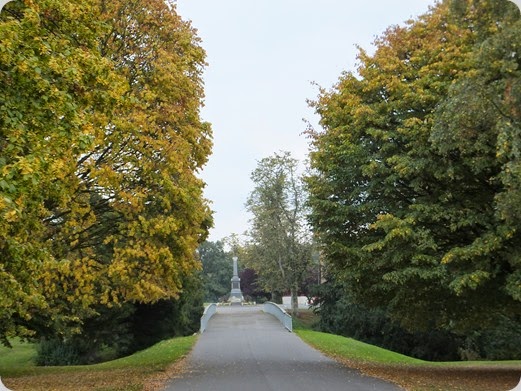 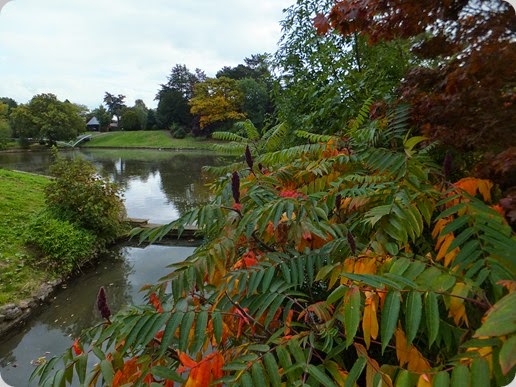 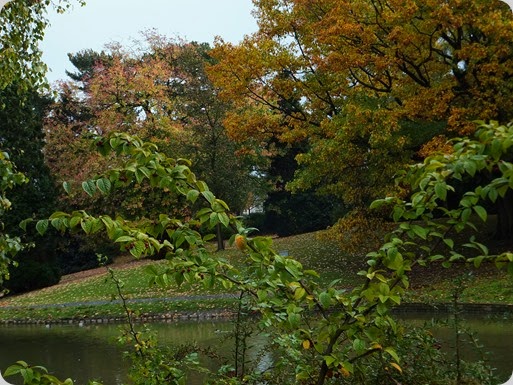 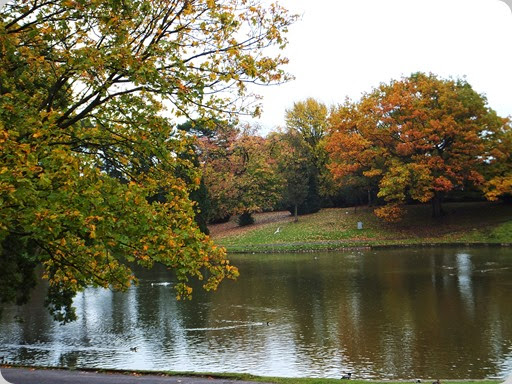 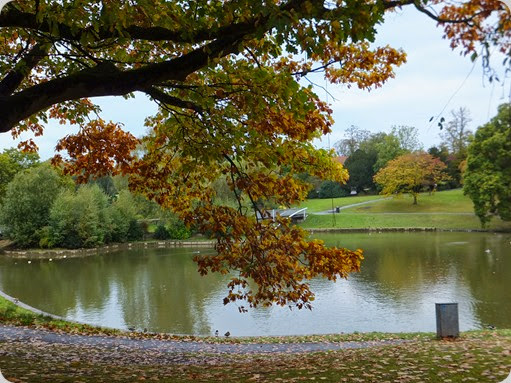 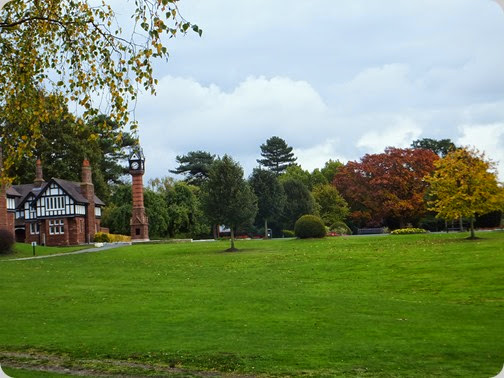 Posted by Jan Wright at 1:14 AM No comments: 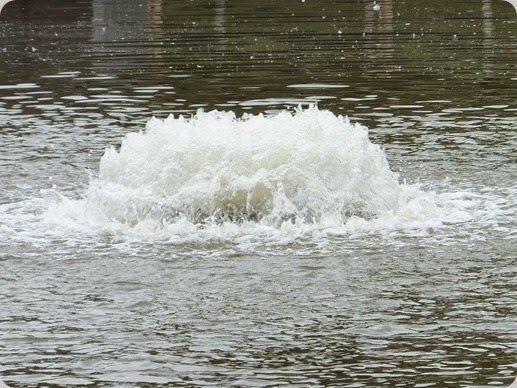 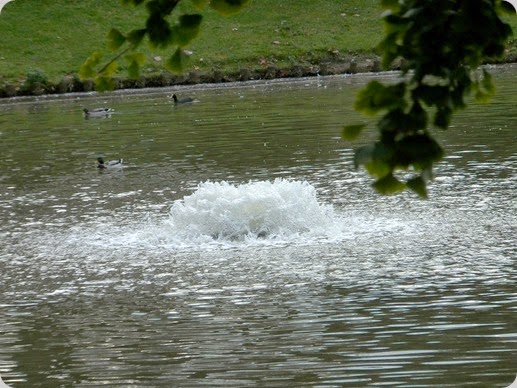 Regular reads will remember in the summer that we had a lot of fish dyeing in the lake due to lack of oxygen in the water. Of the last couple of week they have installed aeration devices  and this week on Monday they went live you need at least 6 to full oxygenate the lake but only 2 have been installed no doubt cost several thousand pounds to but fit and install all for the benefit of the fish and fishermen. Above you can see the one near Tipkinder working a treat. 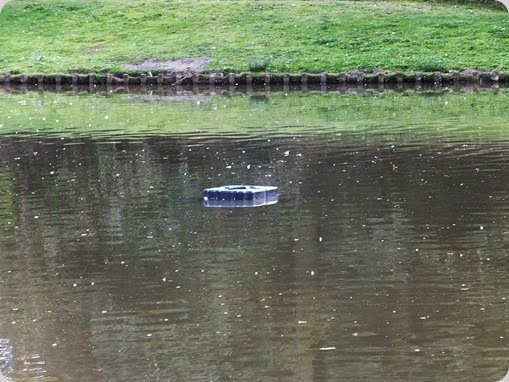 At the other end of the lake were there is fishing we see one floating and not turned on WHY? According to reliable information the reason is the fishermen have complained and dont want it on as it scares the fish. They didnt think to complain before all the money was spent and they were installed! Speaking to several fishermen who fish were they use these they say they are great and the fish love them and it makes for better fishing. As they only went live on Monday they have not even given them a chance to see if if they have any effect.

This is total madness and waste of public money and who do these fishermen think they are?   The groups in the park are getting out of hand as they all think they are Capt Mannering There has been complaints today by lots of people of harassment by the Wildlife group members who are abusing people who feed the wildlife they are described as little Hitlers and all the groups have the same attitude. The Wildlife group are to plant on the islands but the correct way to do this is to analyse the soil before you start to test for PH etc before you can choose suitable plants but the yare not doing any of this and will they know how far apart to put plants to match growth height etc