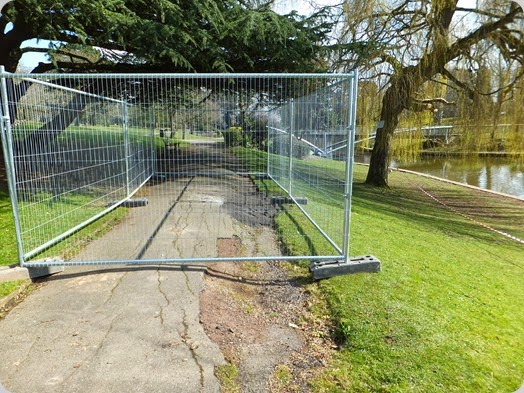 This week its all bout dangerous The path near the cafe is fenced off as the hole has reappeared there is a culvert under the path and last year there was  a hole 2 feet deep now its back. You can see in the photo how the path bows and you can see another hole appearing just in front of the fence. 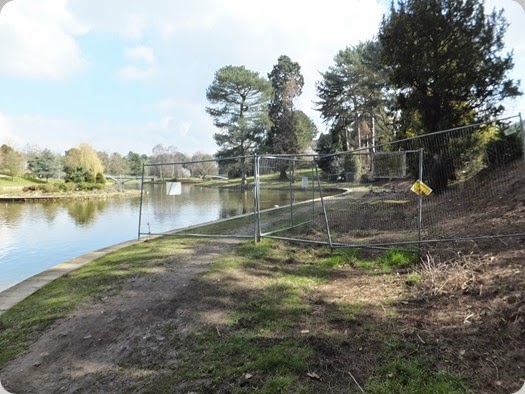 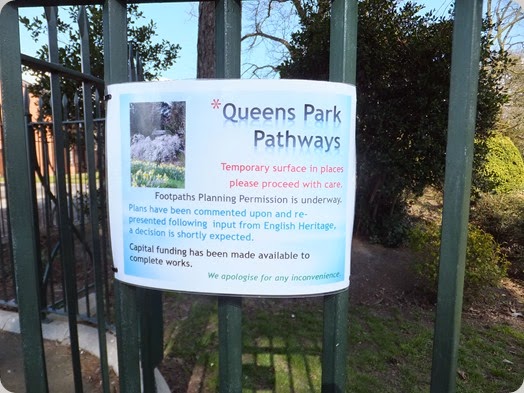 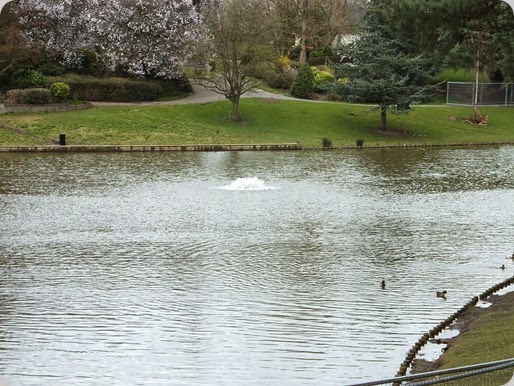 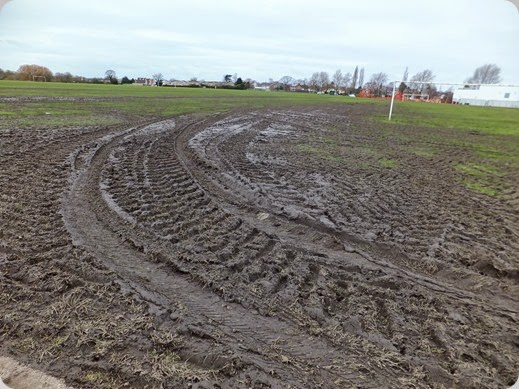 Sunday saw 3000 bikes setting off from the park and 500 cars on the playing fields which now is like a quagmire as they had tractors towing people out who is going to pay for the repair? The organisers must have taken about £90,000 so lets hope they pay a few grand to put the playing area right normally everything is left a mess like Tipkinder after the fair

Joey the Swan or Queens Park Which is Best?

After over 5 years and £7 million pounds the Queens park is still a mess and far from being finished. I thought it would be good to compare it to Joey The Swan area a short distance away that has had very little money spent on it.

Who runs the Wisaston area a short description of the group by the Chairman John M Wood,

Wistaston Conservation Group is a small group with 25 members, of whom around 11 can be relied on to come out and work in the area.
We meet each Monday morning at 0930, with the aim to keep Wistaston the lovely place we all wish to live in.
Over the years, we were constituted in 1997, we have done many small projects, but we have also carried out several major projects such as the path across the recreation ground, the Jubilee footbridge at Wistaston Green Road carpark, the information boards and benches along the paths, etc.
Our present project, to which you refer, is still a work in progress, and we will be continuing the path and bridge building this coming Monday, and have several plantings in mind for the area.
Our weekly work force averages 9 people, and we are basically self-funded; our only income tends to be from the sale of plants, photographs, bird boxes, etc at the Wistaston fete in June.
Should we need cash for a specific project, we can approach the Wistaston Parish Council, who will help us as necessary.
For the larger projects, such as the Jubilee bridge, we sourced grants from such as WREN, who were very generous in funding almost all of that project cost.
Another annual project is keeping the area clear, as much as possible, from Himalayan Balsam, which takes our team several weeks a year.
We do an annual tree planting, for which we used to obtain free trees from the Cheshire Landscape Trust, but they have ceased to exist, and so we now have to buy the trees, and obtain what cash we can to cover these costs.
All of our work is based on being wildlife friendly, and we have done several projects to improve habitats, etc.
Your comment on log piles is interesting, as presently the piles you see are work in progress, but when finished, there will indeed be various habitat-improving features. Wistaston Community has a website as well http://www.wistastoncommunity.co.uk/ 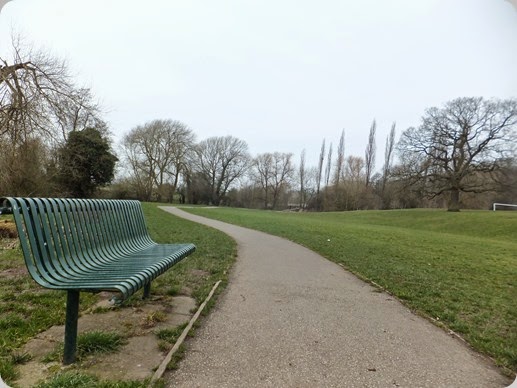 The first thing  you notice is nice clean paths with metal seats every few hundred yards so you have somewhere to sit and enjoy the area and they are all metal and bolted down so unlike the park they don't get vandalised and thrown in the river. 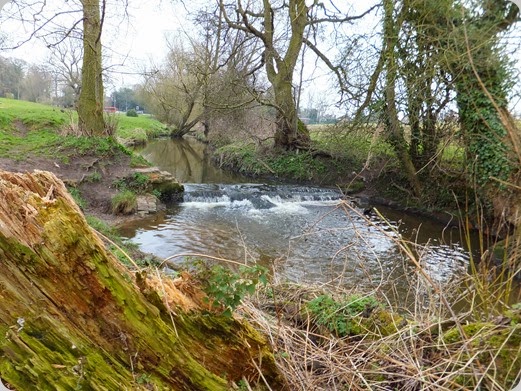 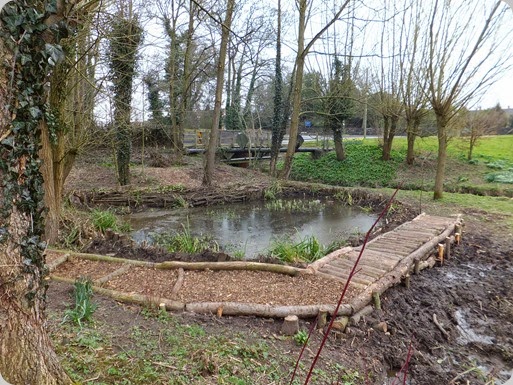 Above you can see what volunteers can do with little or no money a nice path using old logs and wood chipping to create a wildlife habitat, by using logs this provides homes for insects which in turn feed other wildlife and cost nothing 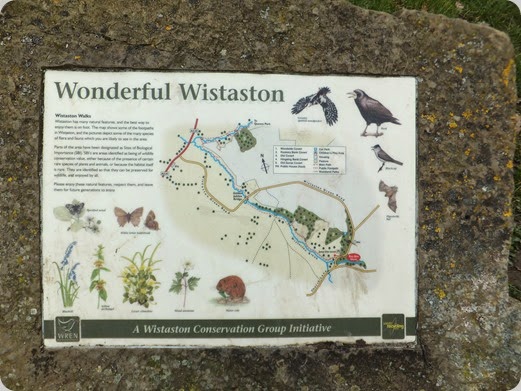 A sign showing you were you are and about the site the park had one of these but its got lost, it also shows wildlife you can expect to see along with plants and details 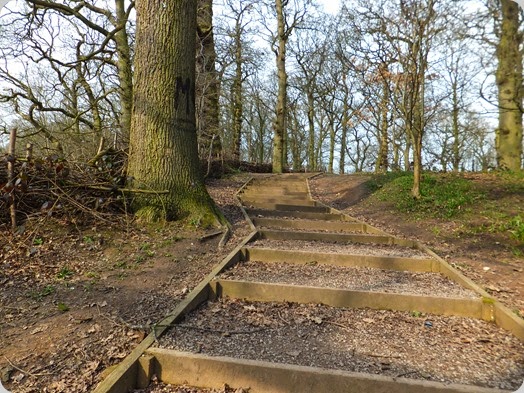 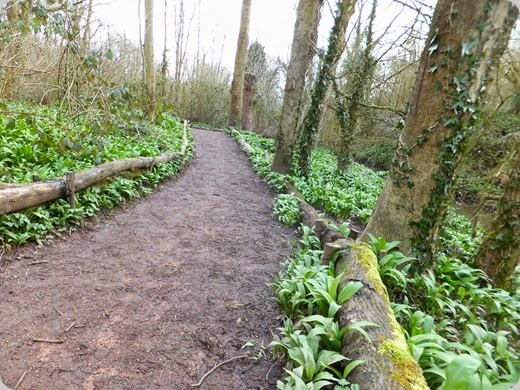 Another quality path made from logs with moss growing on them everything is being used and the paths are nice and clean and safe. The park remove all trees from the area and they are not used. 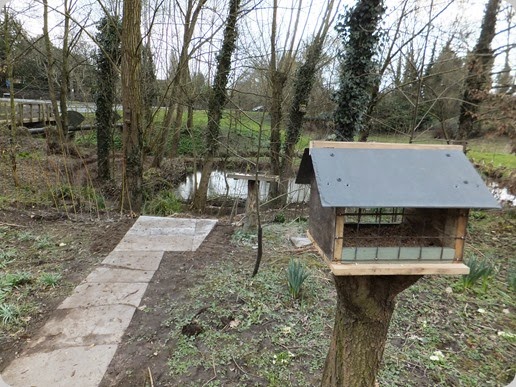 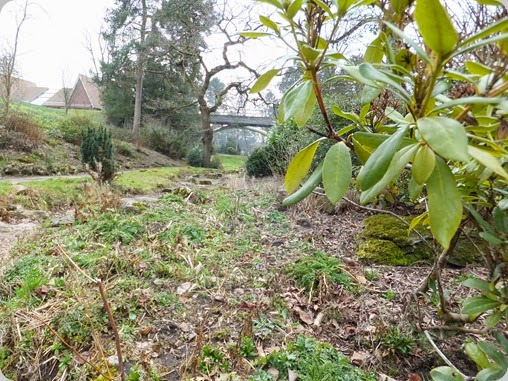 The main drives are ok in the park but stray away from that and you find Coronation Walk once the highlight of the park  with plants and pets and you find the area full of weeds and rubbish  and its not even on the radar for being repaired as yet. 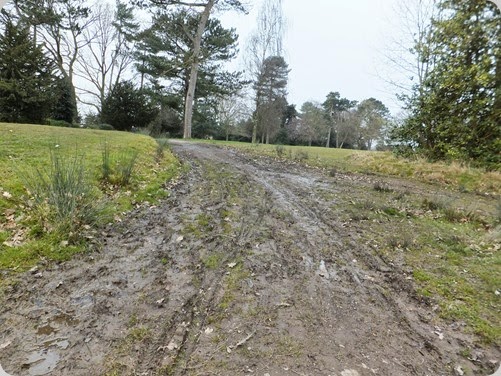 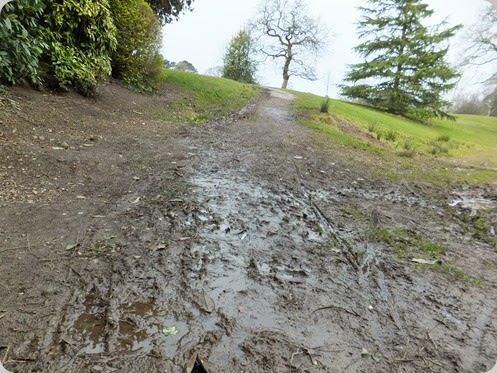 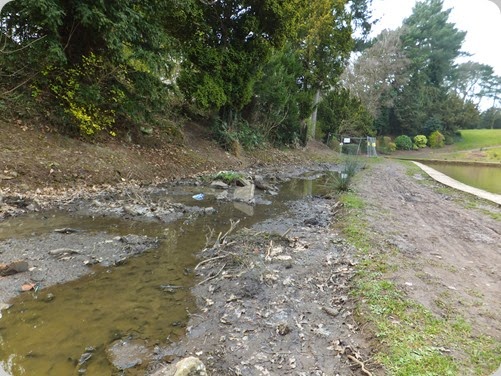 By the lake is a mini lake full of stinking stagnant water and rock so if you fall you can crack your skull open. The park has various groups as well as being run by the Council and compared to wisaston they achieved next to nothing.

First we have the Friends group who are a group who were not voted in and were supposed to be a committee for 1 year but then changed the rules so they stayed in for longer. They are now self perpetuating as they are a gang who just vote each other back in. Most of them rarely visit the park. They have raised several thousand pounds which is stuck in the bank and never spent on the park. 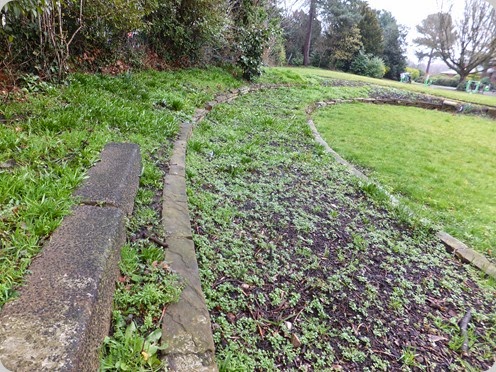 We have the ANTS who from day one didnt want to listen to anyone but just wanted to do their own thing and I hear many comments that some are only there to promote their own company or further their political careers. They have come and picked up rubbish so at the end of the day you cant see any changes they have made. They have destroyed the mini bamboo by the lake which was home to moorhens and rabbits. The cleaned the lodge garden and removed old rare plants but as with everything they do there is no follow up so as you can see above the gardens is back to being a weed garden. 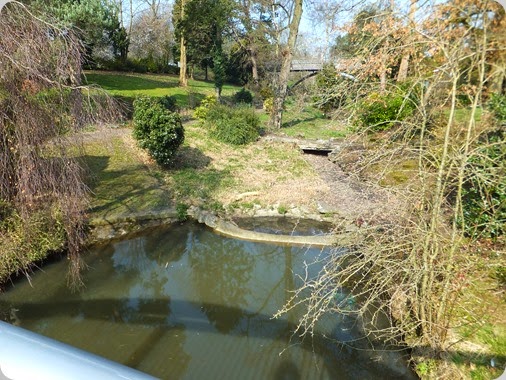 They have many times tackled Coronation walk but they tidy it then leave it for months so its then back to being a dump again. There is no reason why they couldnt remove all the weeds and plant nice new plants and keep it clear it could be a nice part of the park again and they could then have something to show for the work. As it is they tidy a bit and leave it so its back again a week later. Until they do this sort of project nothing will be achieved.

This group canvases for money as a wildlife group but their leader has stated on social media and told many people she isnt interested in wildlife only HER swans as birds can fly away and feed. Despite advice from people who rescue swans everyday they still continue to treat them as babies feeding them by hand with a dog present teaching them its safe to eat from humans and dogs are safe.  As such she is getting money under false pretences people may be happy to give to a wildlife group but not to a swan group either way they must know were their money is going. They have raised a few thousand pounds but apart from giving some to the RSPCA there is little evidence of any of the other money being spent on wildlife.

How many bird boxes have they installed   0

How many log piles as recommended by RSPB etc   0.

So the conclusion is Wistaston with very little money and less volunteers wins as their whole area is dedicated to wildlife and using materials that nature provides for a few coppers. The groups from the park should go and take a look what can be done and take back to the park ideas used in the area.

If the park had used volunteers like Wisaston   we would not have suffered with the paths they way they are now for 5 years even if they were temporary until money was available to redo the paths. Still nothing has been done to some areas like Burma island which it was promised would be done 2 years ago by the council 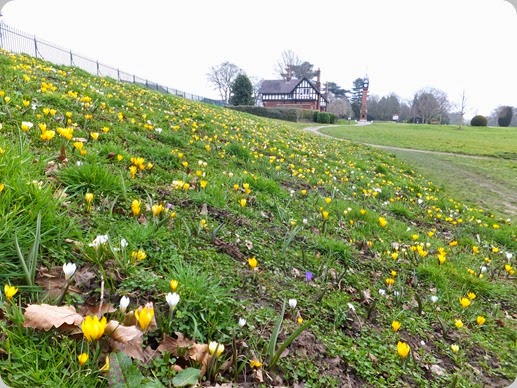 Last years a lot of Daffodils and Crocus were put in the bank near the main road were the old greenhouses used to be years ago. The crocus are now all in flower with daffs not far behind. 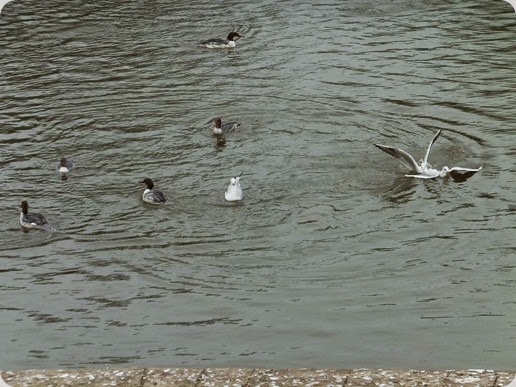 Another goosander party this week with 26 on the lake one day these don't normally breed on the water but in trees stumps bush near to the water so its possible some ay start breeding. The ducks are showing signs of breeding now and any plans for floating islands on the lake needs to happen now or it will be to late. How that will work with boats is a another matter. Last year people on boats smashed nests on the main island 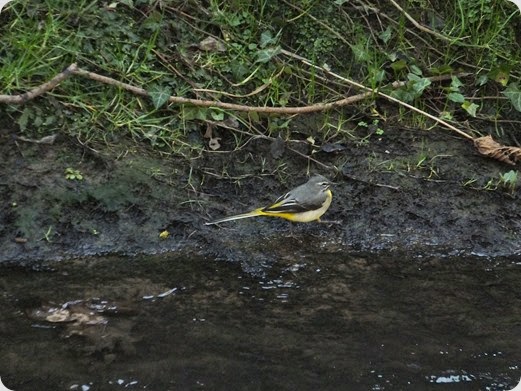 This time of year there isnt much going on in the park other than nature getting ready for spring above the grey wagtails are about looking for food. 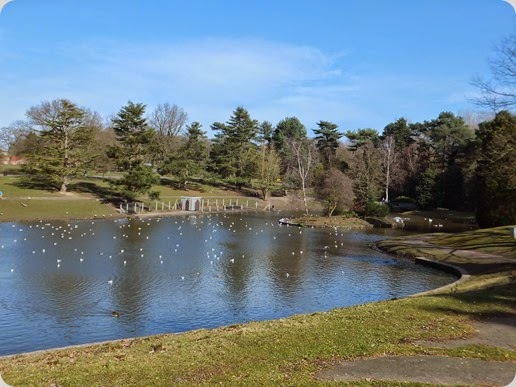 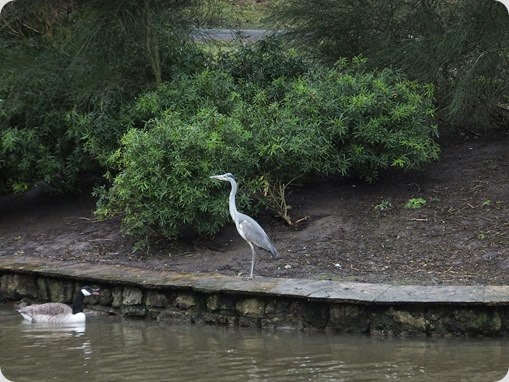 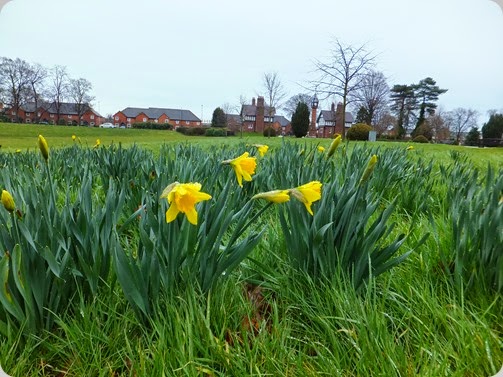 Invasion of the Gulls 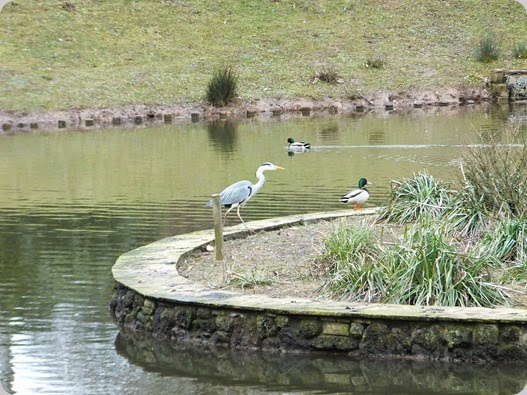 The Heron has been back again this week on the bottom Island. The whole of the park is being over run with gulls all most as bad as the starlings we had problems with before. As soon as there is ay food they appear from every where 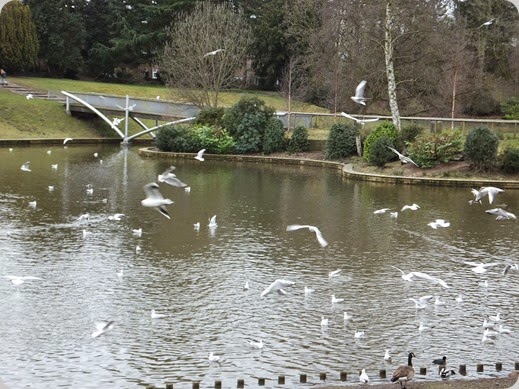 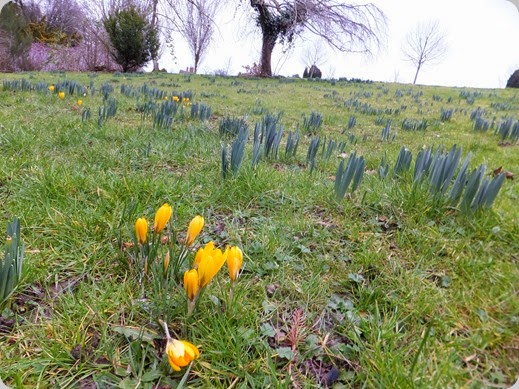