I spoke to the horse mouth so to speak the manager of the Queens Park and there is no problem what has happened that the paths were all to be one contract but as there are different requirements for the paths ie the path by the lodges will all be on new soil and will settle in time so will need to be temporary paths. So what they have picked up on is that the contract has been stopped and changed to the new one were several tenders for different parts of the park. But she assured me the money was there and everything was going ahead as normal.

You can see on the www.crewetown.co.uk the main website for the park  that everything is progressing with work on the lodges starting next week. 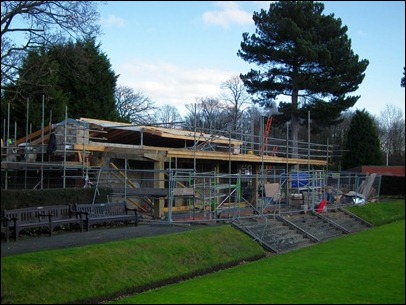 The Bowling Green roof is way underway with scaffolding up and lots of work on the roof and the veranda can now be seen. 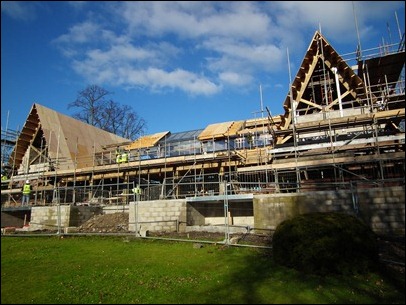 The cafe has had lots of glass put into the roof and really taking shape at last once the roof is on the weather wont effect the work so bad. With all that glass its will be nice and bright inside. 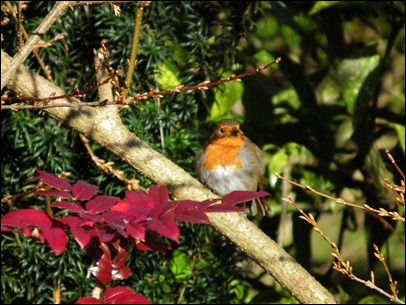 Outside the cafe I caught a robin taking in the sun and its interesting that despite the cold weather you can see if you enlarge the picture by double clicking that the plants are slowly budding meaning that hopefully spring is to far away. 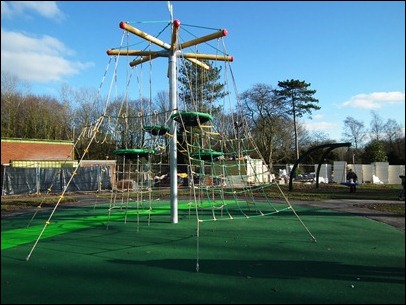 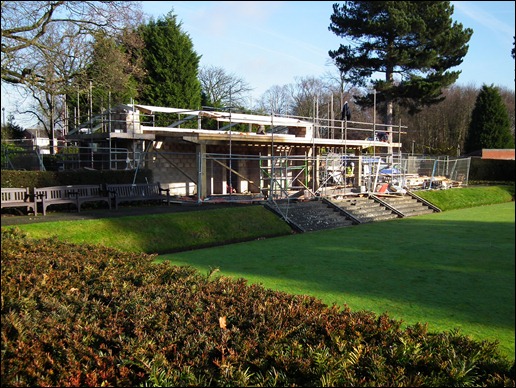 Radio Stoke caused a panic in the park last week as they interviewed everyone about rumours that the council had run out of money and had nothing left to finish the park and as such the paths planting etc would never be finished. I contacted the park manager and she assured me that everything was going ahead as planned. If any more info comes to light we will be on the case. 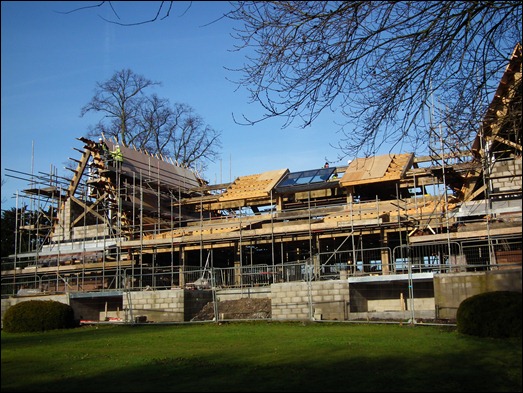 The cafe is also getting its roof put on and the glass windows at the top can be seen going in. As you come in from Tipkinder the path down to the lake had fencing all the way down this has now been removed and the area cleaned up so there is a little extra space. 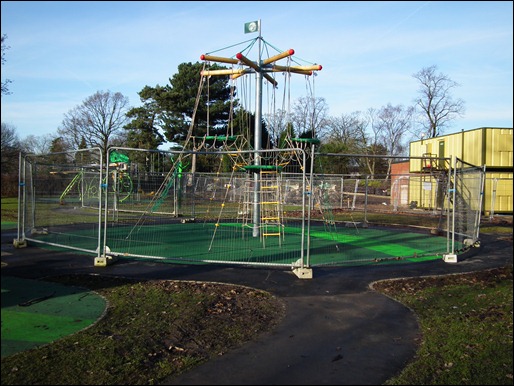 The new climbing frame has now got its play surface put down and should be open very soon. As with all things at this time of year the weather is a major problem which can soon put things back if we get more snow or frost 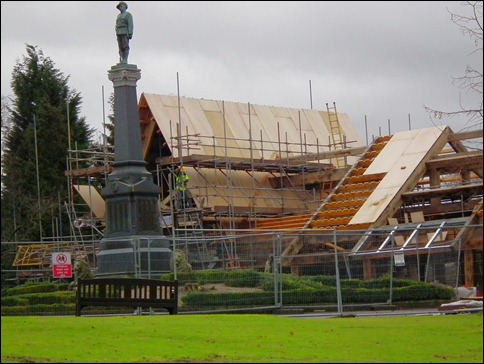 After the snow and ice and the break for new year work is slowly getting started again with the cafe roof boards starting to go on. 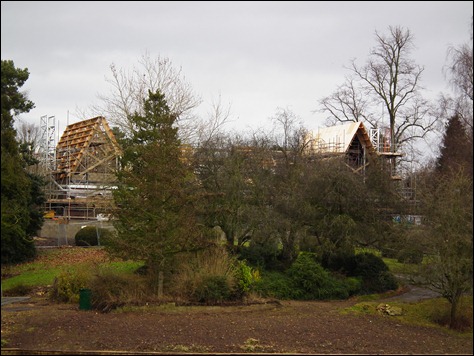 From across the lake you can now see the cafe emerging from the trees. Picture taken with a Finepix HS10 with a 30x optical zoom from the golf coarse. 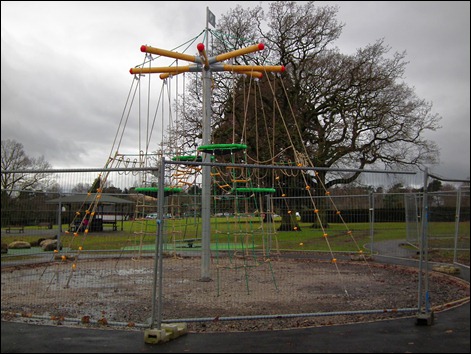 Over at the play area the new climbing frame has now got all the guy ropes in and the lads were working in the snow to get the job done. The safety matting was just going down today so it should be open in the very near future. It has been a struggle with the weather to get it done. 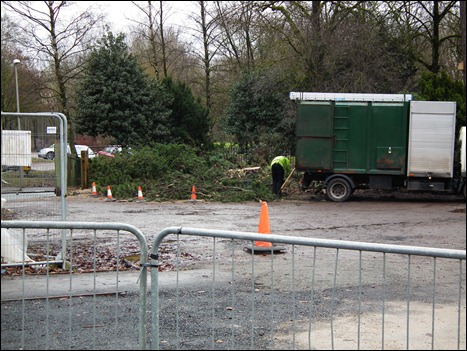