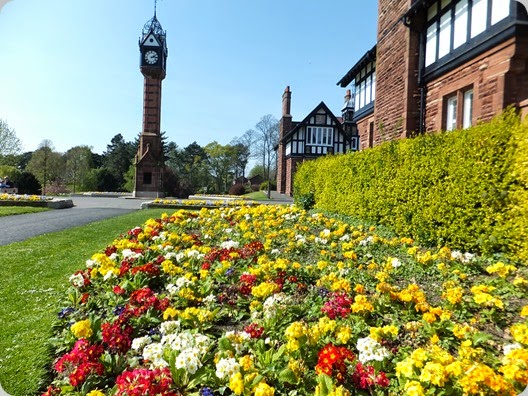 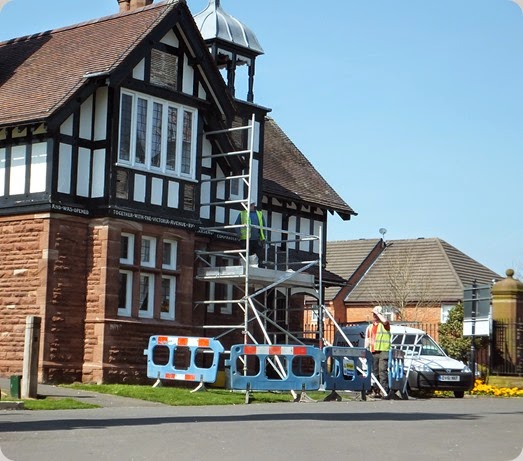 The lodges were restored in 2011 but now we are restoring the restoration with the lodges being restored you can see several panels have been removed and the wood behind the notice below. 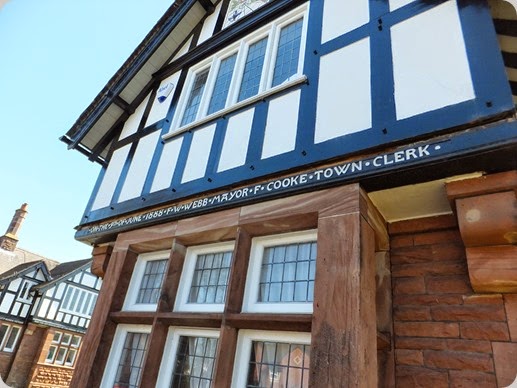 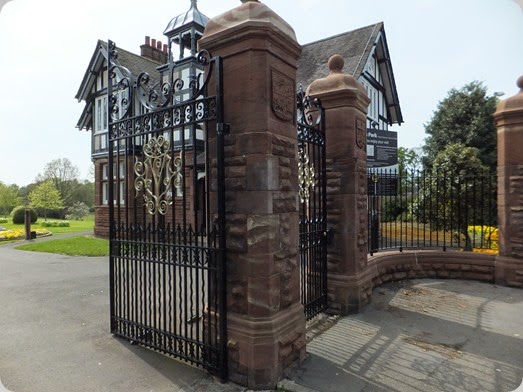 The gates have had a paint job on them but so far they still lock them with a padlock instead of fixing the lock on the gates. Why wasn't all this done first time round who signed it off and paid if it wasn't all done correctly 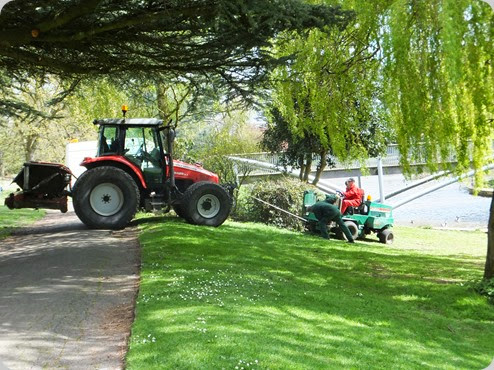 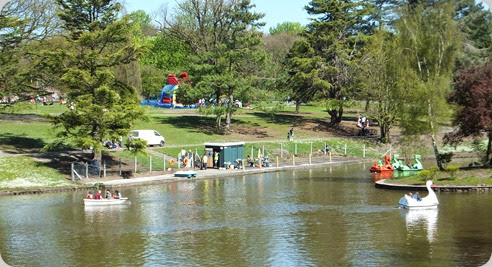 The boat are back on the lake and are very expensive costing up to £10 which is a lot just to row around a little island as they shouldn’t row down the bottom of the lake because of fishing. Some have gone down the bottom so they wont be very popular. Even after a couple of days problems are starting to come to light. The boats are being tied up on the island at night were the swan is nesting and as such if she leaves the nest she can only get back on at one spot and that is were they are putting the boats so she could loose the eggs as she cant get back. Also people are going close the the island were she is nesting which isn’t helping. Its frightening the ducks away and they are going down the bottom of the lake were they are fishing as such risk being hooked by fishermen.

One important concern is who are the people running the boats as they help young children in and out of the boat questions have been asked are these people CRB checked are they first aiders and are they life guards in case someone falls in? 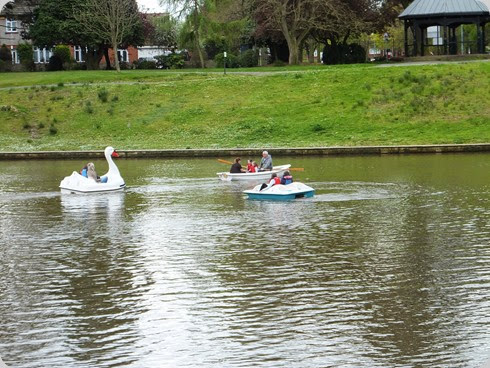 There has been a lot of discussion about ANTS this week on social media etc as a result of a letter to the Chronicle complaining. ANTS was formed when the BBC highlighted the state of the park and Cllr Jones asked for backing from local people. He specifically stated that he didn’t expect people to pick up rubbish etc that’s was the councils role.

The ANTS was then formed and they held a meeting in the park it was clear from the start that they weren’t going to listen to what users had to say they had their own ideas and that was that. Most of the founders by their own admission hadn’t been to the park in 2 years so new nothing about it or what was going on or what people who visit daily felt about the park and they weren’t going to listen.

They started doing some bench repairs and brushing up some of the rubbish from the first day last August is still piled up near the café and now a lovely garden of nettles.

Many people then commented that one leader ran her own hairdressing company and as such was using ANTS to promote her company, another had political aspirations and was using it to further his political career. There were then problem with allegation of ANTS leaders coming in the park slagging off Friends and other people and verbally and emotionally abusing people. You don’t have to agree with what people say but defend their right to express their opinion the ANTS seem to take a Gestapo approach if you don’t agree with hem then you are trash an example is these comments about the writer of the letter to the paper given they know nothing about this person

Chris Curran I've now read the letter . I think the old duffer has neglected to take his medication writing some intolerable nonsense as that

Matthew Reen Pfffttt, I hope he has a bad Friday and the easter bunny doesn't visit him, loser!

This trend seems to have become the norm if you don’t agree with what they say then they become abusive on social media and threaten people who cant defend them selves. They have continued brushing up and cutting down shrubs etc in doing this they have destroyed the nesting areas that were used by wildlife so they have no were left to breed, damaged the heated floor in the bowling hut with varnish.

The council was applying to the lottery for a further 1.2 million pounds to do the paths it was then found out the cost was on £320,000 so the CEC decided they would pay for the path and as a result the lottery who were holding back £500,00 released the money giving the CEC a profit on the deal. The ANTS claim it was all there doing which it wasn’t.

The argument is now that by cleaning up they are just doing someone out of a job and the results only last for a day or so before its back to the state again as there are no full time people cleaning up. The only long term things they have done is the bench’s and planted the gulf war memorial area. The latter has had plants stolen and half the other are dying as you cant just put plants in when its very dry weather not water them and expect them to live. 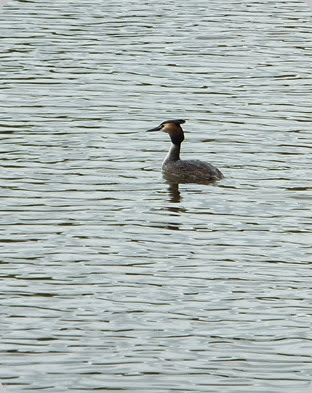 The grebe was back  again this week but was down the bottom of the lake and at risk from fishing as they dive and swim great distances under water were they can be caught in the line. They are a protected species and heavy fines if they are hurt

Posted by Jan Wright at 1:00 AM No comments: 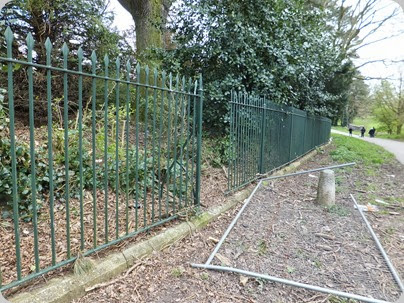 They have made it nice and simply for yobs to break into the park at night and cause trouble. Down by the golf coarse the fence has been removed for repair and temp fence put up which the kids have wrecked and left in a dangerous position and left it wide open to get in the park at night. 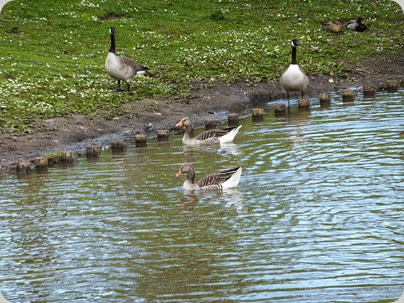 A couple of Greylag geese are back this week lets hope they breed. 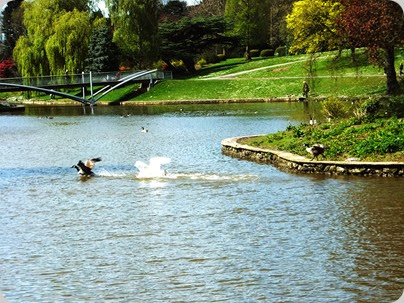 With the swan on the nest the other swan has become a killer spending most of the day attacking Canada geese all around the park. We watched as he jumped on the back of one and pushed it under the water and it never came back up. This isnt the first time they have done this they killed one of the white geese before. 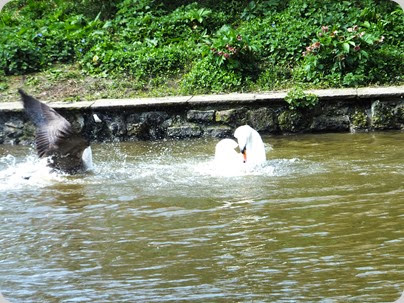 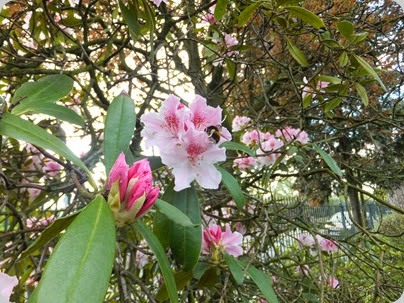 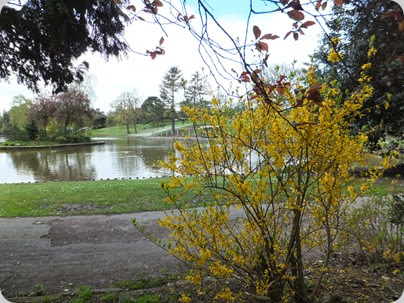 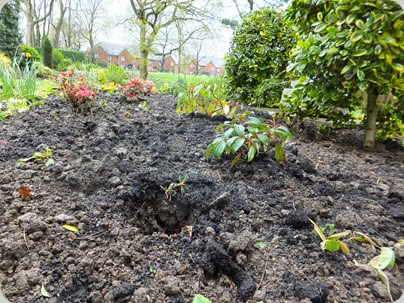 New plants were planted just over a week ago at the Gulf War memorial and by the Bowling hut but today some have been stolen and other pulled out at both locations some of them were Pieris and no doubt now in someone's garden or given as a present. The memorial has just returned after being vandalized and has been put back at the same location. In my view if its been broken once it will happen again and should be moved to a more public location so its harder for the yobs. There have been large stones found in the area as if they have been used to attack it. In the photo you can see the holes which once contained plants that ANTS planted. Ants have still not replied about the scouts who offered them help maybe they now dont want anyone else to join the group and help 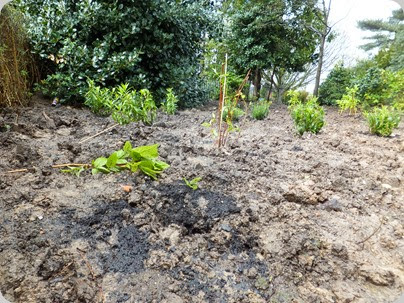 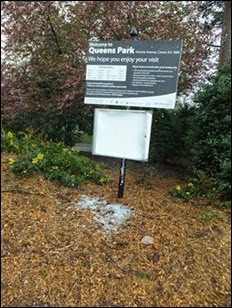 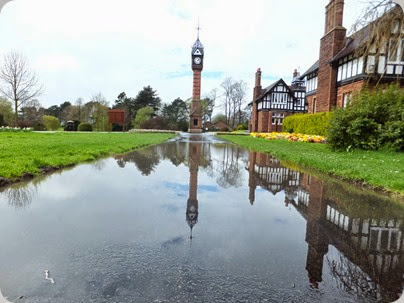 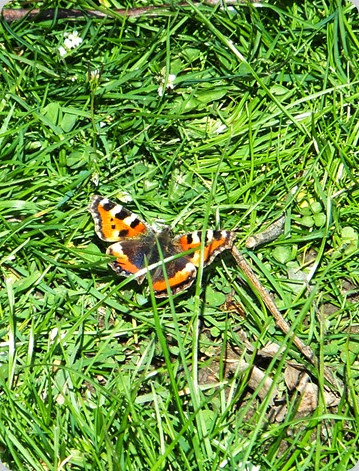 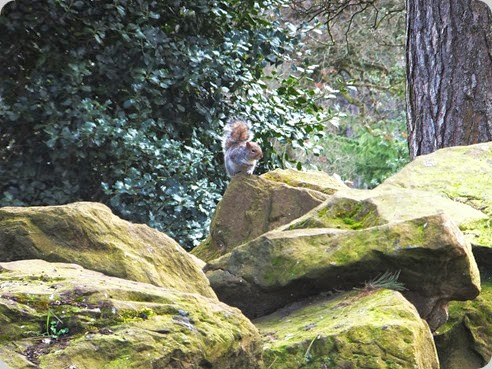 This cheeky chappy playing king of the castle 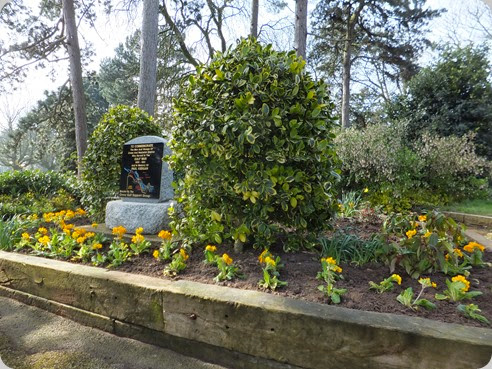 The Gulf war memorial has been planted up with new plants and tidied up lets hope the yobs leave it alone this time. 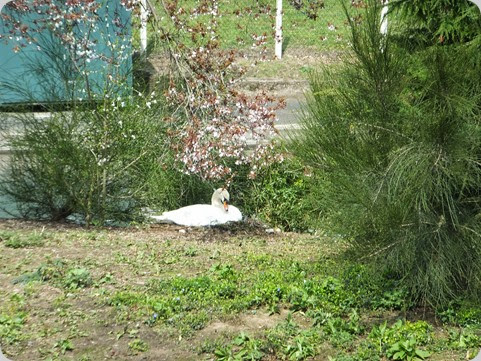 The swan is still nesting on the island but after we bought hay to help her build a nest the park manager refused to get it put on the island so she has no material to make a decant nest which will have an impact as eggs will be colder without straw to keep them warm. There are no materials for any wildlife to build nest and much of the cover they used to hide has been destroyed by the ANTS last year 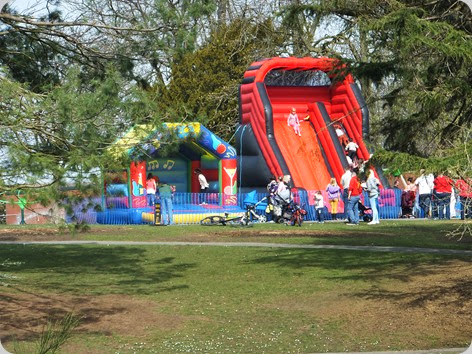 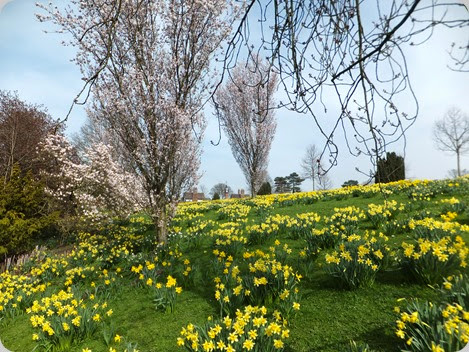