Arson Attack in the Queens Park 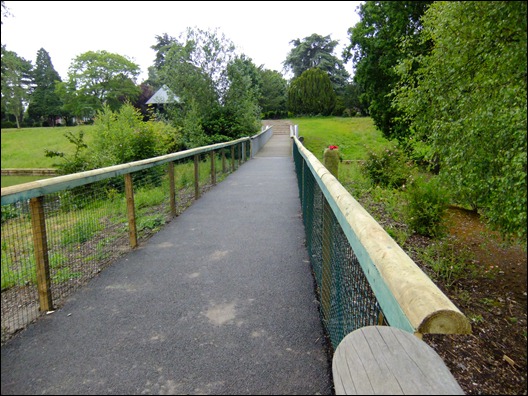 The fence on Burma Island has been repaired again after people keep smashing it and we find bits in the lake. 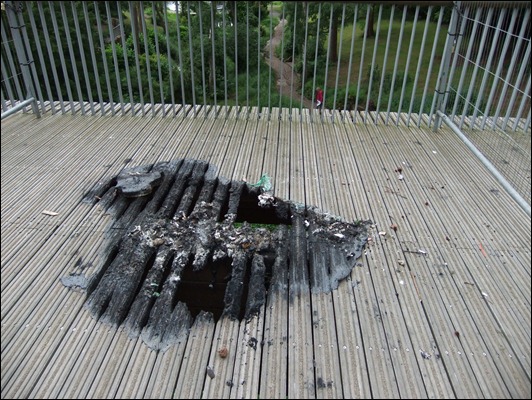 The big News is the burning of the Broadwalk bridge which cost £250,000. A dusbin was placed on the bridge on Friday and set on fire being a plastic bin it melted and has burnt through  the bridge. 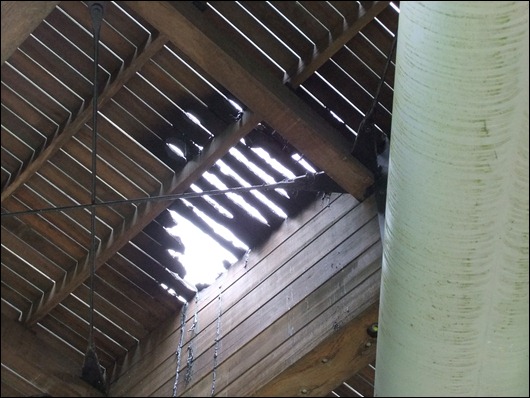 It looks as if its been caught in time as if the main beam was badly burnt half the bridge would have to come to bits to replace it. There was a further fire later at night in bushes. Lets hope the council now see sense and get security in the park before something else goes up. 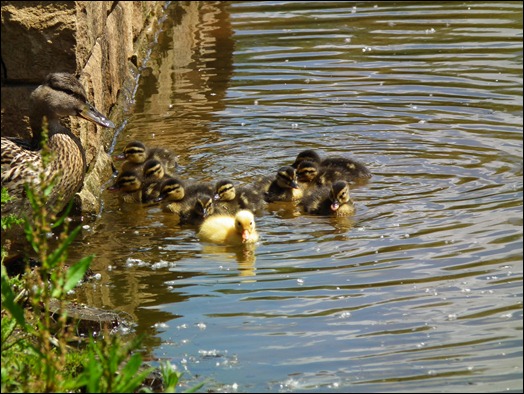 A new brood of baby ducks this week with a nice yellow one but after a couple of days the yellow one was gone. It could be the gulls again but wet weather wont help. 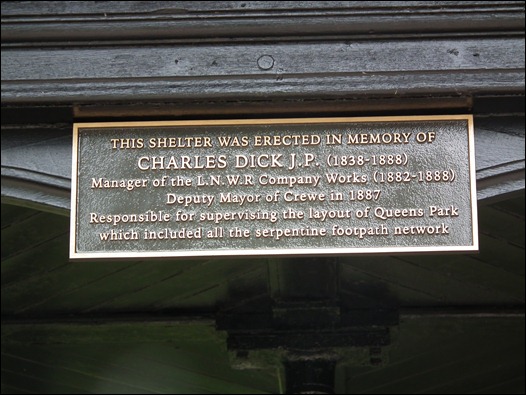 Posted by Jan Wright at 1:04 AM No comments: 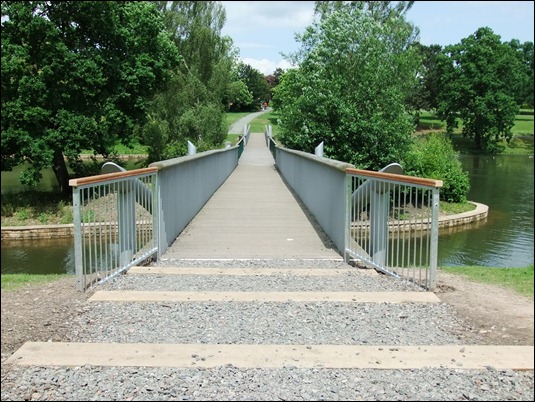 This week new railing have gone up on all the bridges so people cant fall over the side. 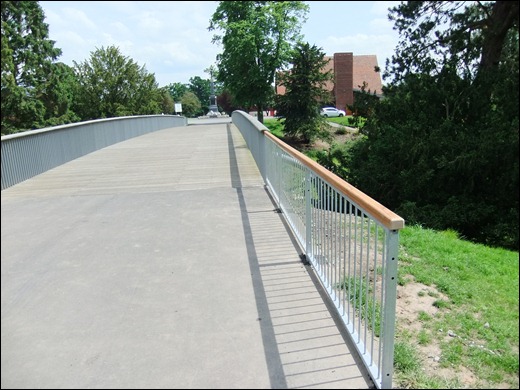 A man hole cover was removed by yobs this week leaving a big hole for people to fall down and then thrown into the lake. It weighs a ton so it must be big lads doing this 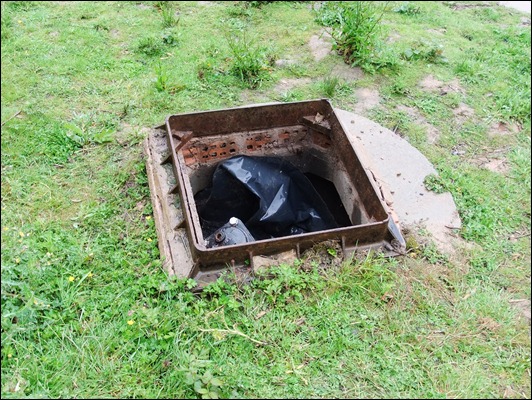 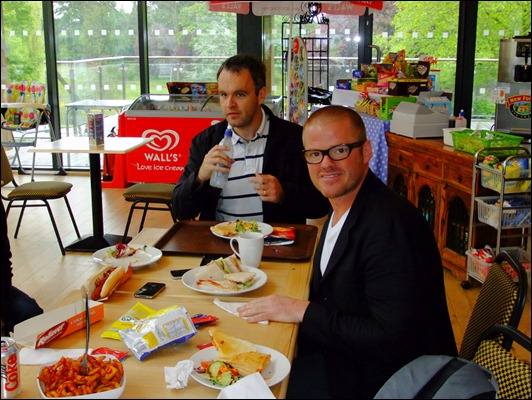 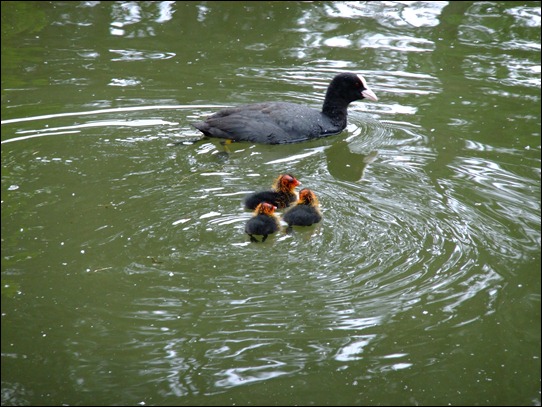 The coots had three young this week but sadly by Friday they were down to just the one they do look poor little things. Some at the other end of the park have also had young and have survived so far. We suspect its gulls taking the young all the time. 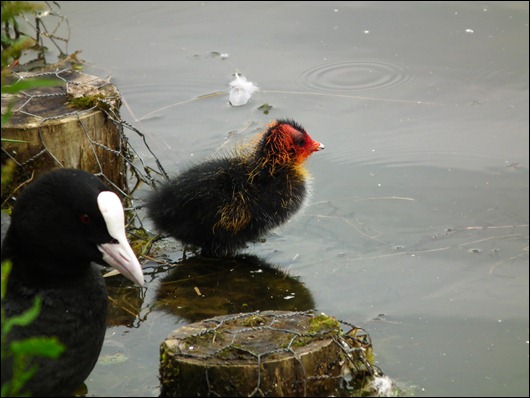 Illegal Fishing in the Queens Park 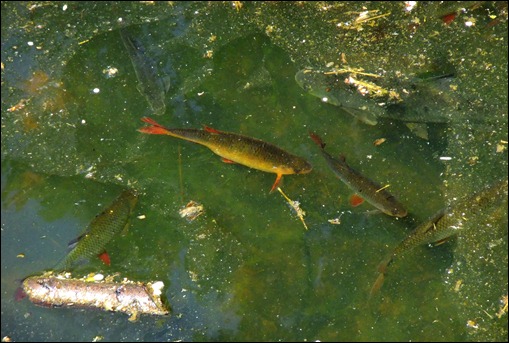 This week we had over 17 kids in the park illegally fishing after some of the fish that can  be seen in the lake. They can face up to a £1,000 fine and if they injure some protected wildlife it can be more. On this occasion the Police were called using the new 101 number and they responded in 30 mins and removed all the kids and adults from the park with the warning that if they are caught again they will be in big trouble. It was reported to the local PCSO who is

If you see in any problems in the park then call the Police. Was was surprising was an elderly man and his wife was  racing a speed boat on the lake frightening nesting birds. I showed him the signs that he shouldn't be close to the lake and got a load of abuse off him a fine example to young people. He did a runner when the Police turned up 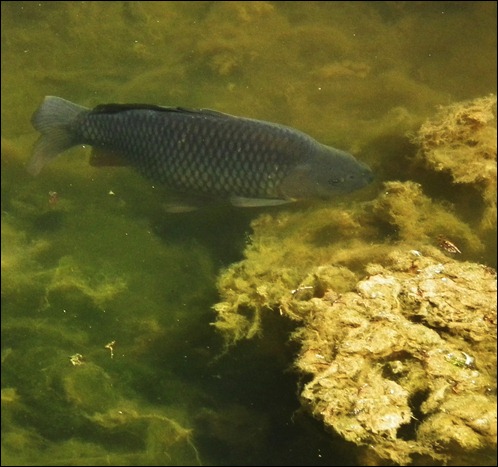 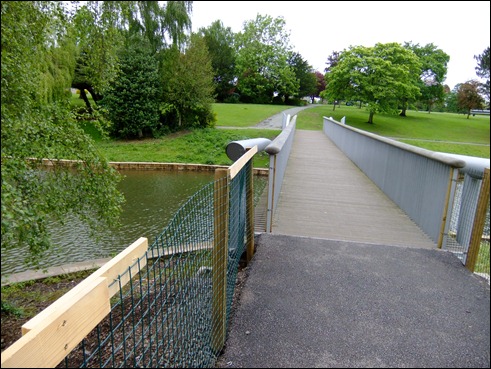 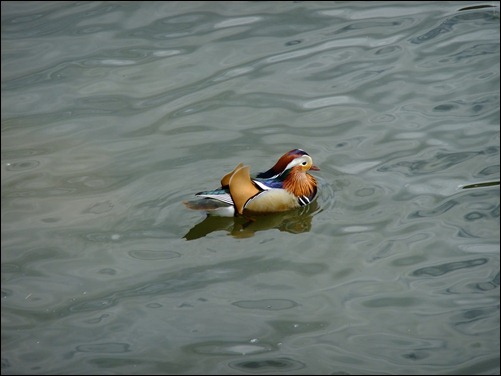 Everyone favourite duck the mandarin has returned this week in the form of mister angry as he just started picking on all other ducks on the lake as you can see below a right royal rumble. 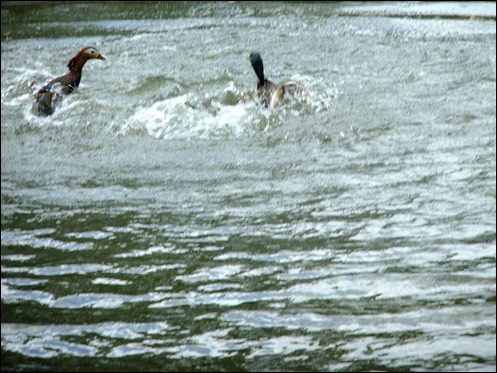 At long last the Grebe have found the bail of hay and seem to have nested on there. They have tried nesting for months but kids pinch the eggs so for once they are safe next to the island. The swan has now been on the nest on the island for a few weeks so we hope to see some young it normal takes about 36 days for the eggs to hatch. 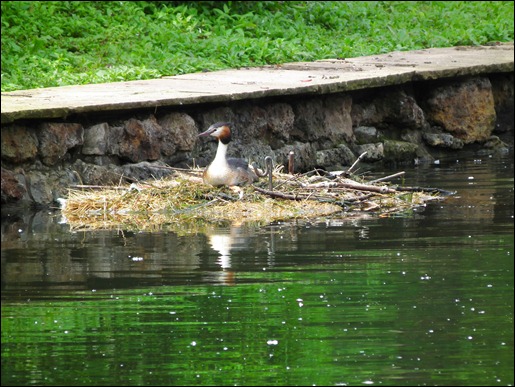 Channel 4  is making a major series with Heston Blumenthal which aims to bring back to life the fun and nostalgia of our favourite foods. In each episode, Heston will research one of our favourite eating experiences and put his unusual twist on them, making people take time out of their busy lives to come together as communities and rekindle their fond food memories.  He plans to not only make these meal-times innovative and delicious, but to make them supersized too – to amaze and feed the masses.

In this episode Heston wants to bring back the ice cream experience that we had when we were younger and this Ice Cream Olympics day is an opportunity to find out what the public remember about their favourite ice creams. We would like members of the Crewe community to come down at 2pm on Saturday June 16th  with old photographs of them or their family eating ice creams to show Heston.

Please let me know if you are able to come along and if you have anything suitable to bring – so I can let the producer know!!

Jubilee Events in the Queens Park 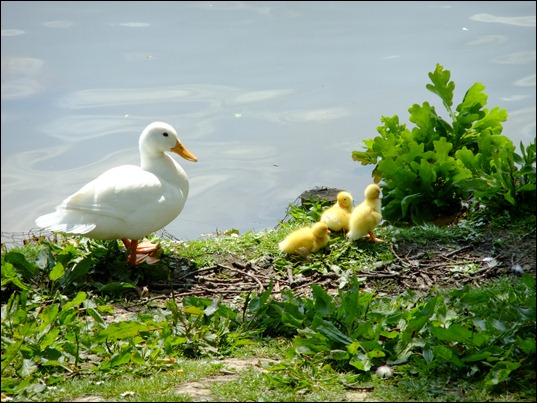 The two white ducks were back this week and on Tuesday they had 3 yellow chicks Wednesday they were down to two and by Thursday there was only one left. Lets hope this one survives what killing them we dont know but one disappeared in the day it was there at 2 pm by 5pm it had gone. People are still reporting Yobs throwing stones at young chicks so it you see this call the Police 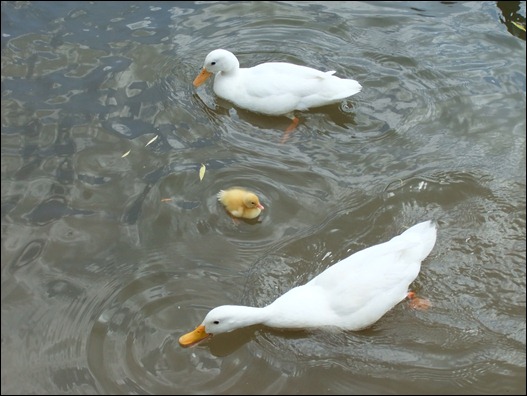 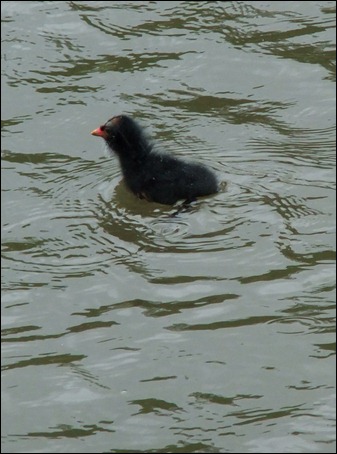 A baby Moorhen was trying to get back on the island this week but couldnt make it his parents were feeding him and he was hiding in bricks in  the island. Its a pity they didnt take wildlife into account when they did the islands 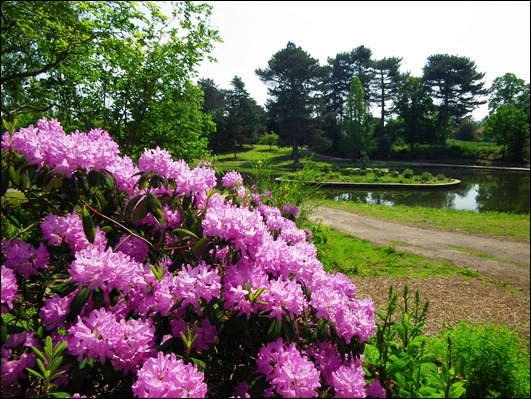