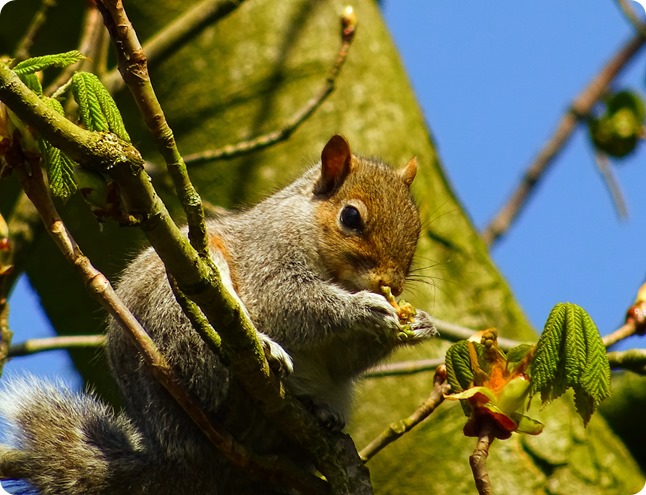 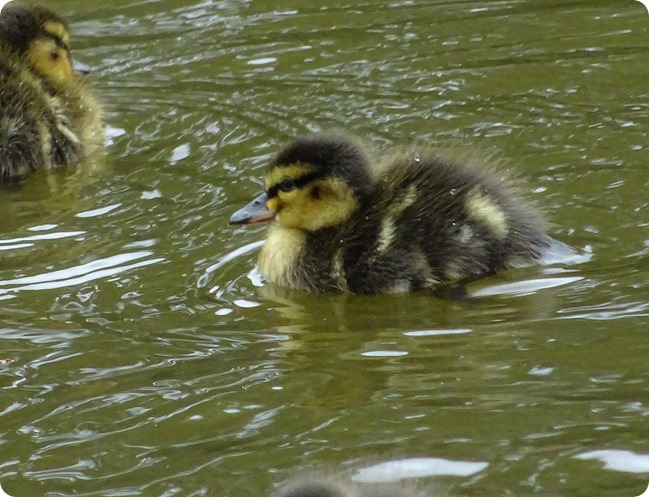 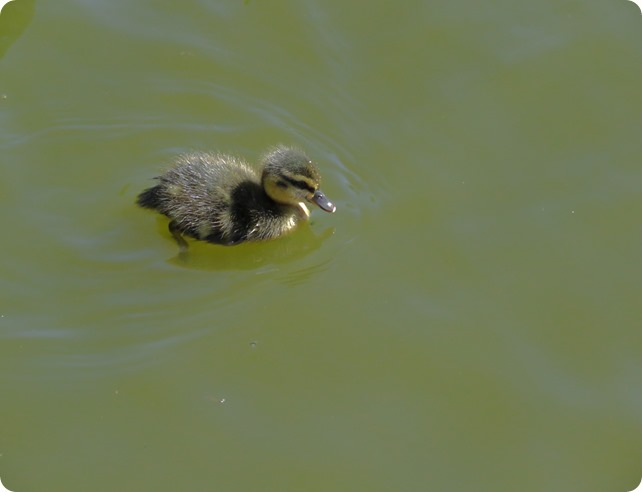 Lots of baby ducks  with one mother having 8 and another one with 4. Wildlife is coming alive at this time of the year 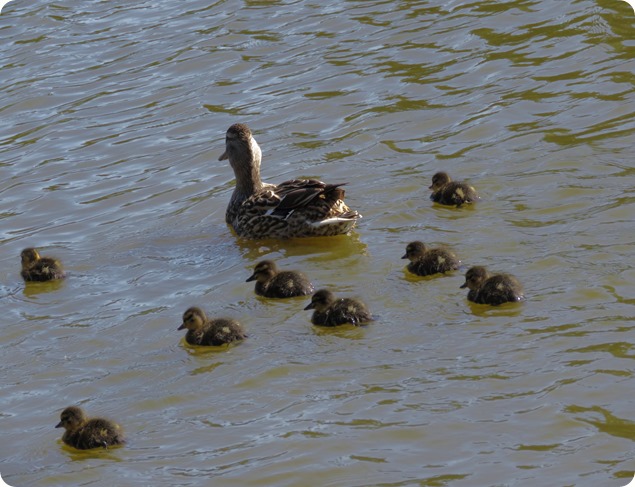 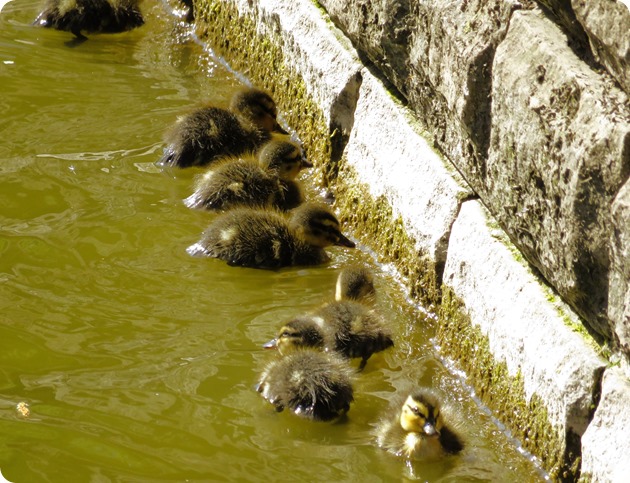 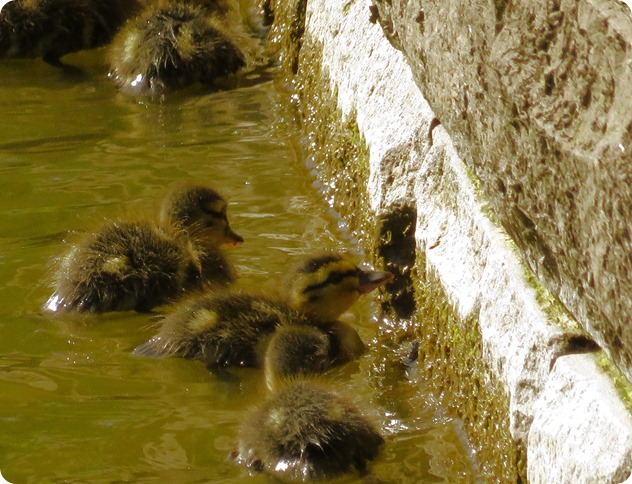 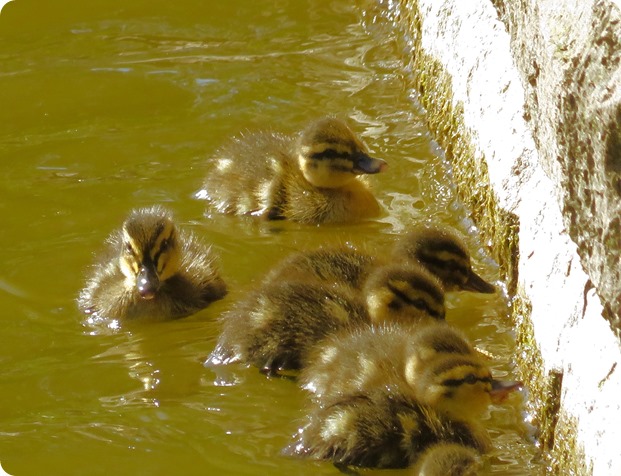 New Azalea bushes have been planted down Coronation walk  Not buy the park gardeners but I suspect by Micky Mouse Inc. or bodge it and scarper. Who in their right mind plant them in  the middle of weeds without first killing the weeds or digging them out? You can just about make out the small bush under the nettles and weeds soon the weeds will be bigger than the bush so you wont see them. Planted like that you cant even cut the weeds without killing the bush. They were all put in and never watered in the dry spell so they are luck to live. You have to blame Park management for passing this as ok and not getting them back to do the job properly 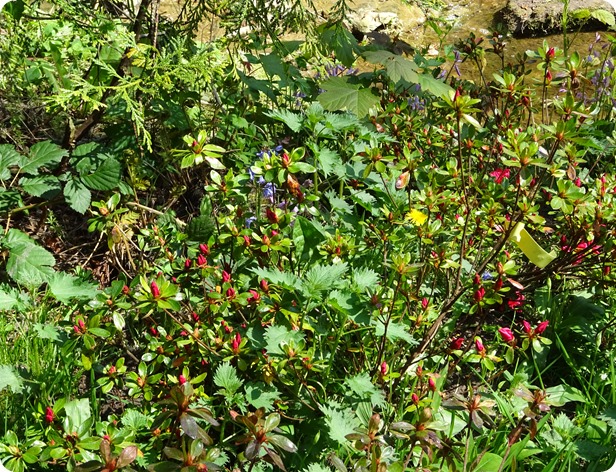 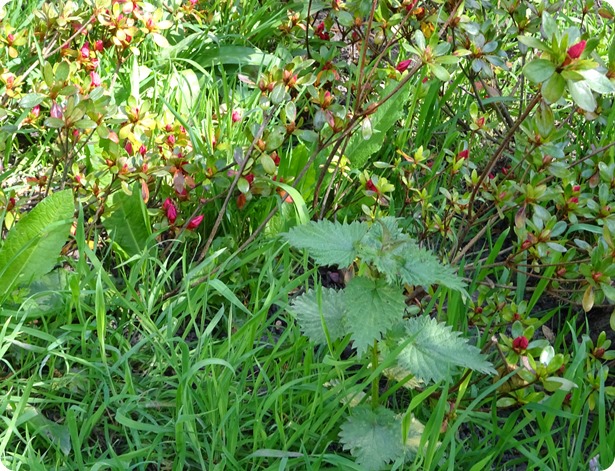 They have created a bog garden at the base of the water fall but not advised anyone and the amount of people who have walked on it to look at the water and sunk in the mud and ruined their shoes. The water seems to run off the water fall but there just isnt enough flow its just a dribble downstream 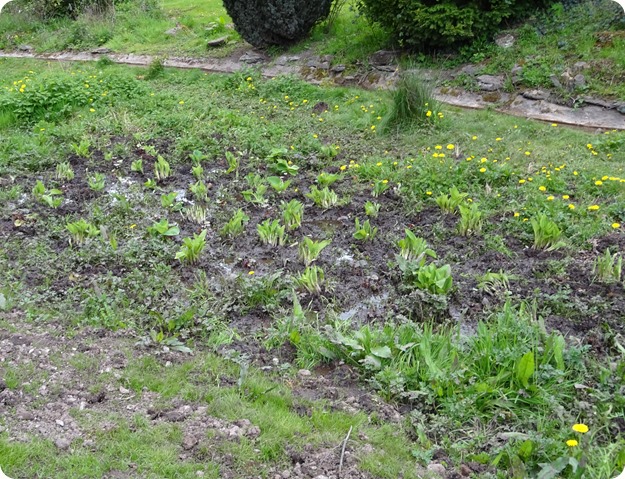 Have the Council murdered any badgers?

The immediate good news is the progress concerning the Coronation Valley refurbishment. Robert Edwards from the Cheshire East Property Office, was welcomed and introduced to the group.

Robert’s report detailed delays to the work as a result of several claims of active badger sets in the valley. He re-iterated and confirmed the number of visits by both Police and environmentalists, the reports that have been presented to confirm that there is no badger activity in the project area and the costs that have been incurred as a result of the several investigations – these running to many thousands of pounds. Robert was able to confirm in great depth the detailed reports that have been presented and the fact that the CE Legal Department is satisfied that all complaints have been proved fruitless and that the valley work is legitimate and above board.

Elaine again advised the group of her contacts with Wirral Badger Association who have also confirmed as above. However, it was noted that there have been some threatening messages and the resulting delays have cost around 20% of the budget. Clearly, this will have an impact on the completion of the project and might necessitate new funding bids.

Robert told the meeting that the water course pump is now working, a timer has been fitted and the flow has been tested. Repairs to the stream bed should take 2-3 weeks, but large boulders and cobbles that were part of the original plans (available to view) might not be possible. The planting scheme (available to view) might also be affected, though there is a possibility that CEC has sourced additional funding for this. Bench alcoves along the new pathway will have to be funded at a future date, likewise the proposed bog garden.

The meeting thanked Robert for his attendance and the much appreciated information and update.

The claims are all wrong the sett has been active for over 20 years the councils own report see How Many Wildlife Crimes Have CEC Committed?

shows the sett was active members of the badger group confirmed it was active in January The jobs was then stopped as it was illegal as there was no licence from Natural England. The council then claim they put cameras down and the sett was inactive very convenient.

But there is a problem a Freedom of information request made to the council they refused to provide any evidence from the cameras so did they exist? Several people on the project stated different times that the cameras were down.

This raises questions if they were there and showed no badgers why would that be.

Being breading season they may stay underground a long time

If they didn't put any down they could say anything to move ahead with the work which would explain why they wont supply the details, they broke the law by not supplying the information in the given time which was a crafty move so the job would be finished before anyone could act on the info.

So they are wrongly saying there are no badgers but there is a twist in the tail being a badger group we have access to the greatest badger experts in the country and one came all the way from Surrey during the work and did a survey in the proper manner ie she sought permission obeyed all H& S requirements and did the induction needed. This unlike the one quoted above who broke into the site when no one was there much to the annoyance of the contractors.

She has over 20 years experience checking badger setts and she confirmed the sett was being used as there was clear evidence of activity. Her details which should be protected by the council under data protection rules were leaked and she received abuse and threats as a result.

Were the other people who did the other surveys incompetent, negligent or paid off to give false results? As a result work then started when it shouldn't have passed the Police or Natural England if it was still in use and therefore a crime may have been committed again.

One staff member made the comment the job comes first sod the badgers and this shows the councils attitude to the matter.

At the above meeting they complain about the loss of budget and the problems trying to blame everyone else but the truth is simple they were advised many times they needed to obtain a licence for the work but ignored this and any loss is their fault through bad management if they had done the work in September when it was supposed to be done it wouldn't need a licence so no one is to blame but the management of the project the Police wouldn't have stopped the job if they had the correct licence. They also carried out work close to other setts illegally.

The project has been visited by other experts with 30 year experience in badgers and there is undisputable evidence the badgers are still there in fact the whole area you can see foot prints in the soil. There is evidence that a crude attempt to block the sett was made with sods placed on one and another seems to have been kicked to destroy it 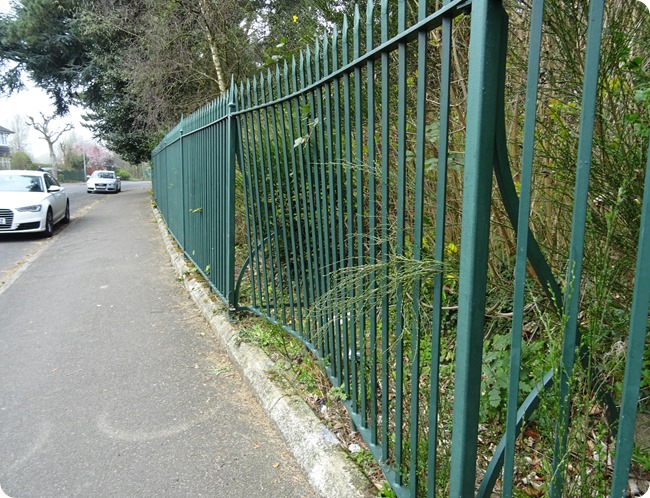 Something has given the park fence a good bash 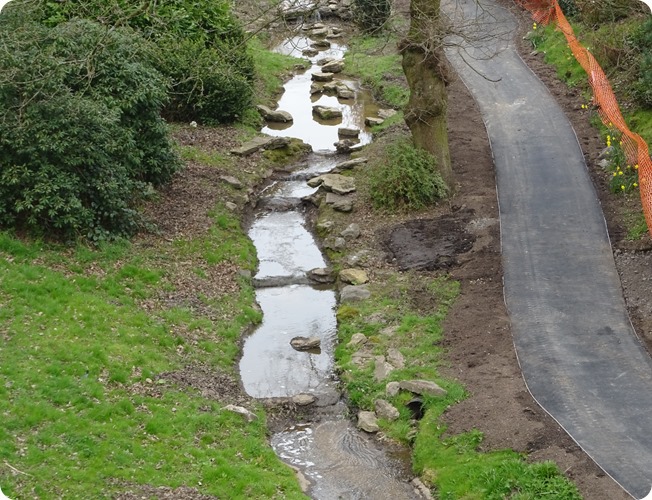 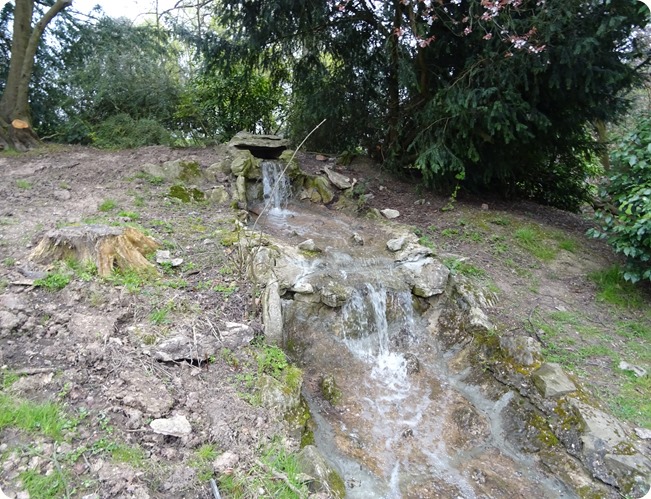 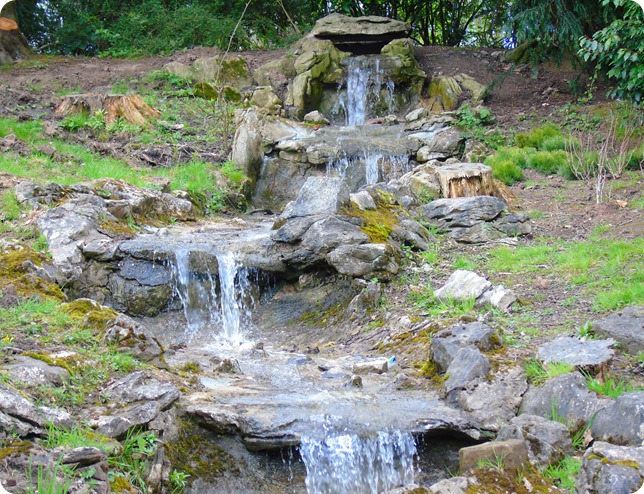 The water fall is up and running but running slow the stream I would have thought they would have actually swept it before turning it on you can see below there are weeds still in it and the water is dirt due to mud in the stream. 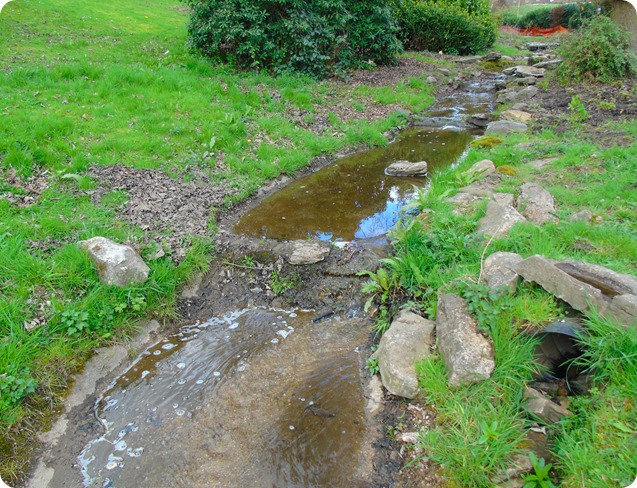