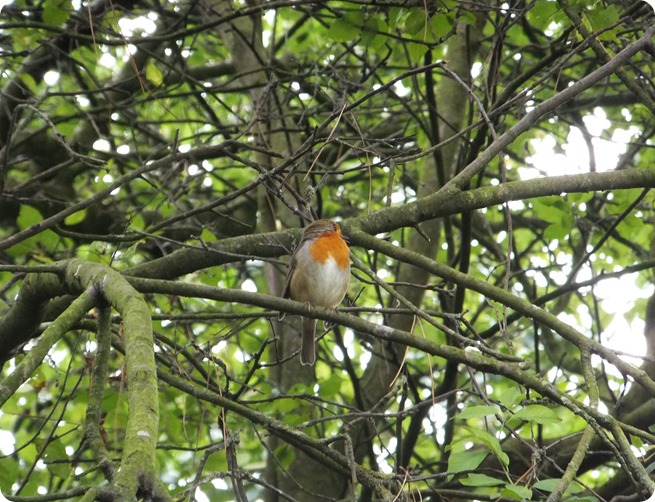 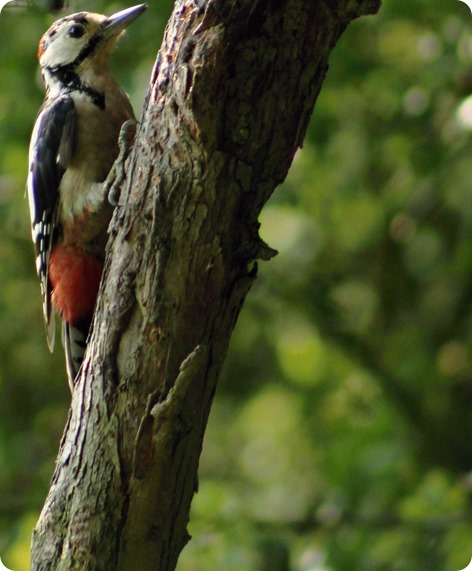 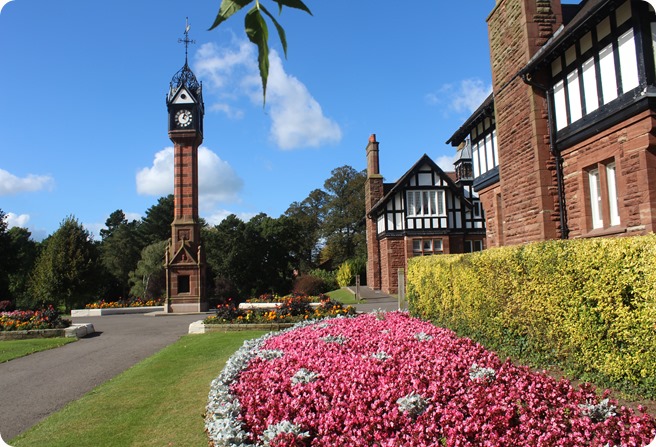 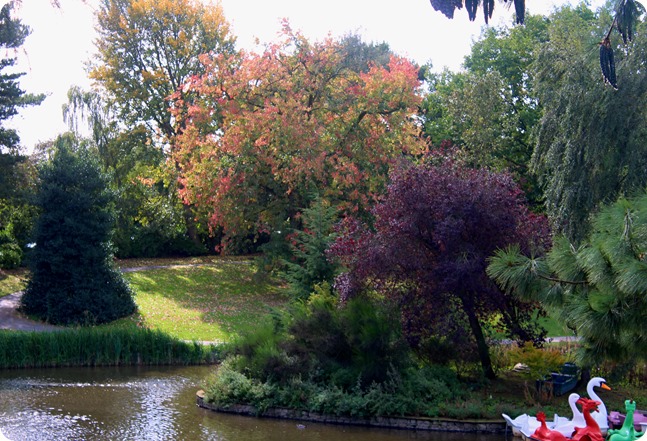 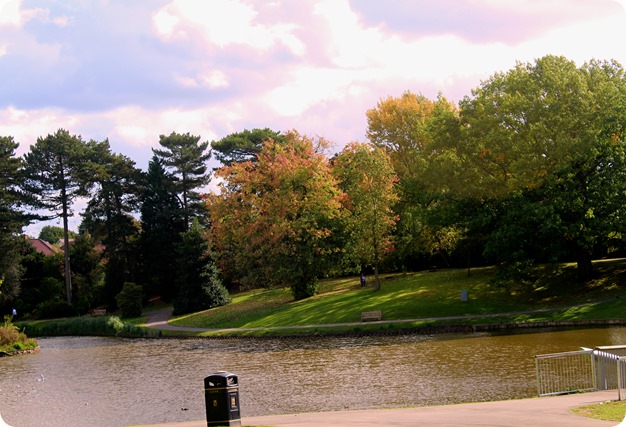 A nice splash of colour by the lake 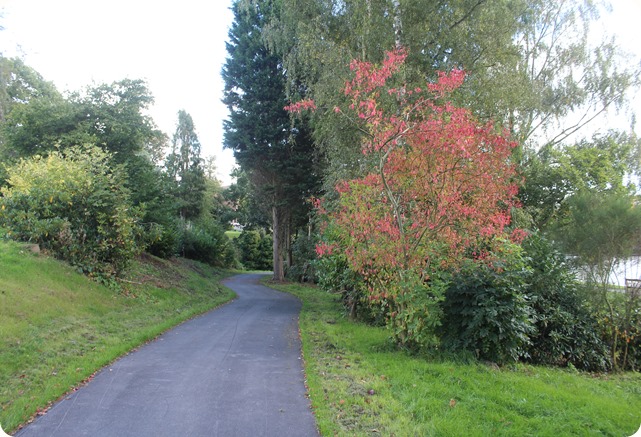 This tree is well on its way 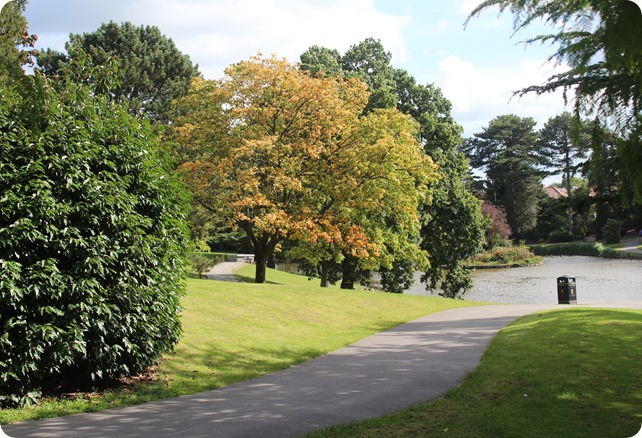 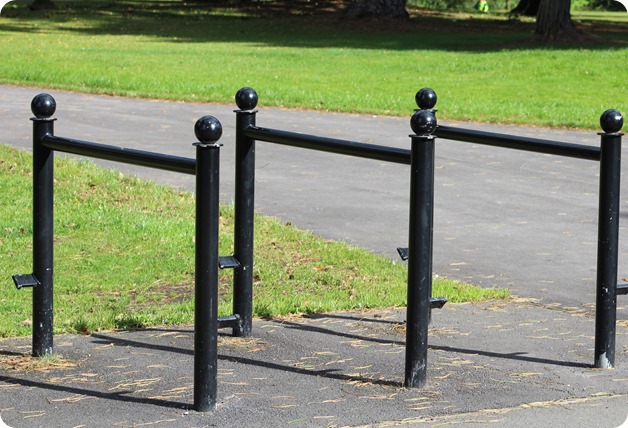 Save Our Badgers Cheshire against the Cull


The Badger Cull may well come to Cheshire very soon and is going ahead in many counties and being put down by many scientist and wildlife experts as totally wrong and ineffective. Thousands of people from all over the country are protesting in many forms from march's to direct action supported by prominent people like Sir David Attenborough,, Chris Packham, Brian May 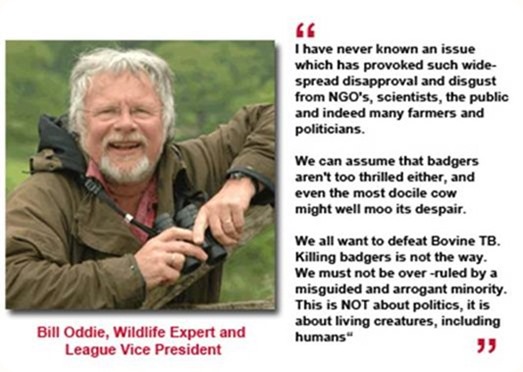 A note on the badger cull is worth including here; the policy is being carried out in ten zones this year, with an upper limit of 14,213 badgers set by the licenses, and there's every indication it'll be carried out in South Cheshire in 2017. The given reason is to tackle bovine tuberculosis (bTB), a disease affecting cattle herds. Advocates of badger culling participate at their peril; there's very little scientific evidence to suggest this will help them at all, and in fact the opposite is likely to be true in some cases. In the Randomised Badger Culling Trial, a previous experiment that cost us 11,000+ badgers and £50 million, the conclusion was that badger culling makes no meaningful contribution to bTB control; in some areas of this experiment it even increased the disease prevalence.
This seems to be the situation now; bTB has increased in each of the three cull zones from 2015 if stats from May 2015 vs May 2016 are compared. The current cull has also cost us approximately £25 million for approximately 4,000 badgers (none of which are tested for bTB at all) according to DEFRA statistics reported in 'Badgered To Death', the new book of Dominic Dyer, current CEO of The Badger Trust. Because they aren't tested, there is absolutely no data on how prevalent the disease is amongst the badgers that are being killed. Perhaps if they were tested, it would make it even clearer that the disease is an issue stemming from the poor husbandry of intensively farmed cattle, subsequently spilling out into many wild hosts as what is essentially industrial pollution, infecting not just badgers, but rats, hedgehogs, otters & deer as well.
Warning you may find this video disturbing as badgers are often shot and scream for a long time in agony before they die and it can be a mother and her young will starve to death would farmers do this to their cattle?


It cost £7000 to cull a badger £300 to inoculate Under a vaccination programme being used in Wales, around 25,000 badgers could have been vaccinated for the same cost of killing just under 2,500 in Gloucestershire and Somerset, according to Dyer. The badger vaccine doesn't kill any TB but stops them infecting anything so those with TB die leaving health badgers. The TB test for cattle is ineffective many are killed as they show positive only to find on post mortem they were clean it is also very painful for cows.
Many if not all Badgers killed may not be infected with TB 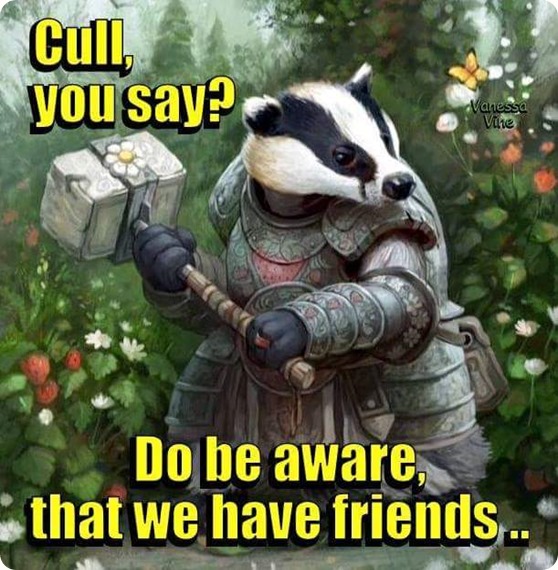 The policy is unlikely to be stopped by appealing to the common sense of those who have already ignored the warnings of countless researchers & experts that have examined the evidence. But wildlife lovers in & around South Cheshire still have plenty they can do to help stop this;

How can you Help Save Badgers?

Join us at Cheshire Against The Cull, and learn how to identify, map, monitor & protect badger setts,
as well as help with campaigning. The loaned cages that were being used by conservationists in order to vaccinate badgers in Cheshire have been recalled by the Government to instead kill them.
We can be contacted on Facebook or by email at http://tinyurl.com/gu6uahu
email Click Here to Send us a Mail cheshireagainstthecull@hotmail.com.
We’d also recommend you sign the current government e- petition to stop the cull -
http://tinyurl.com/z4bn8du.

Finally, we’ll leave you with the statement given to Professor John Bourne by a senior government official… ‘Fine John, we accept your science. But we have to offer the farmers a carrot and the only carrot we can possibly give them is culling badgers’.

If anyone knows of a badger sett in Cheshire please let us know with as much detail as possible so we can inspect and protect it you can use the form foxyform
http://www.crewetown.co.uk/inform.htm 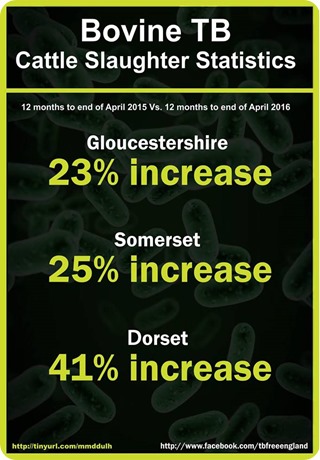