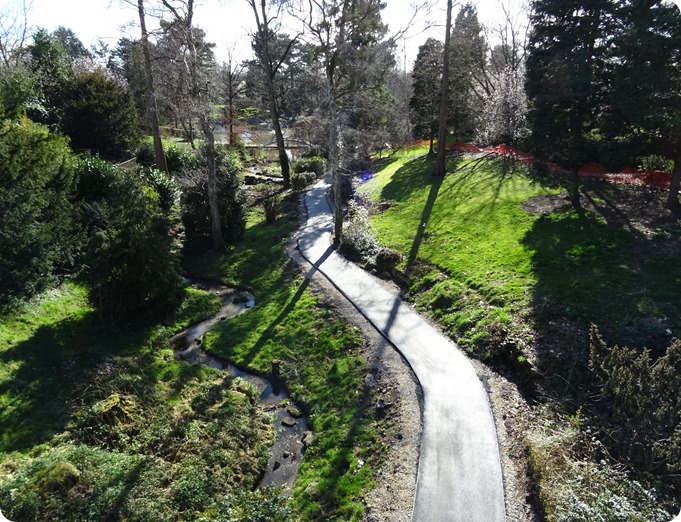 The paths down Coronation walk are now done we just need the stream running and planting done. The problem with the stream is getting dry weather to do it and planting will take some doing as its been neglected for years 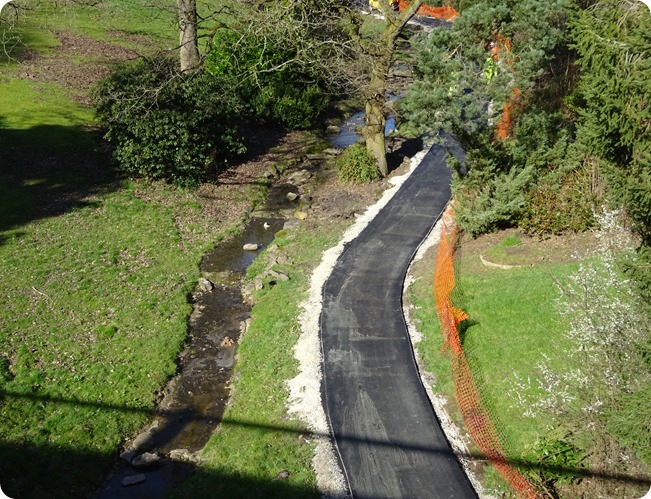 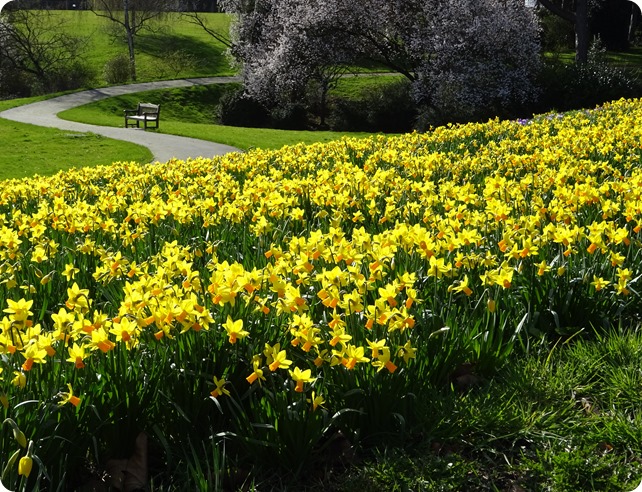 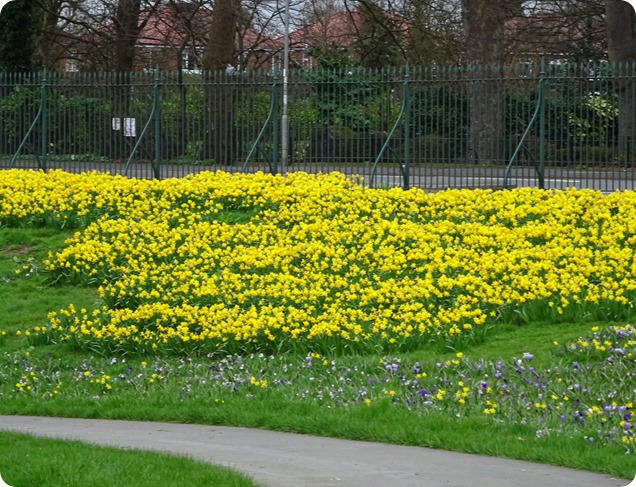 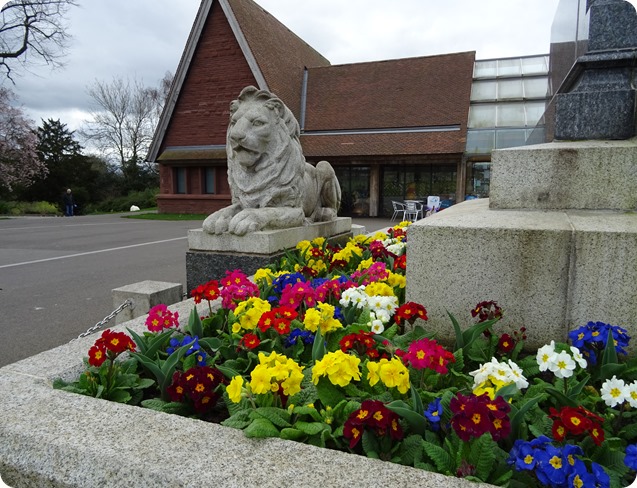 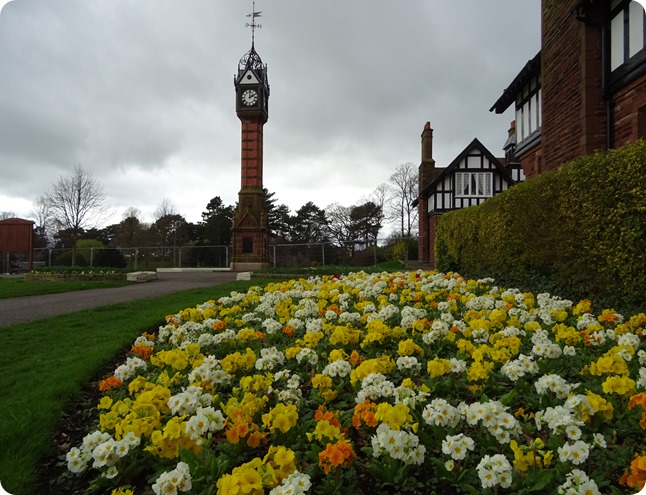 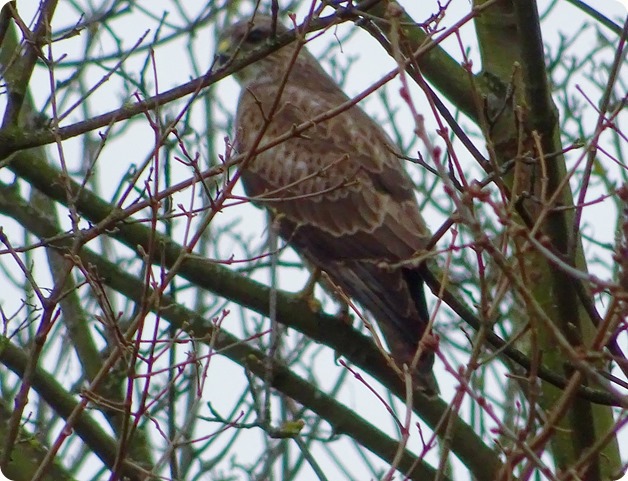 Buzzard in the park the other day looking for dinner

How Many Wildlife Crimes Have CEC Committed?

The council confirmed in the mail below that prior to work starting they new that there were badgers in the area and it was active.

Thank you for raising your concerns but I would like to reassure you that we share the same objective, that of protecting the biodiversity of Queens Park.

The survey was undertaken in connection with the proposed installation of a water pumping system and the restoration of surrounding features. The site visit was completed on the 5th May 2016. It incorporated a walkover of the site and a habitat assessment and survey for Badger (Meles meles). The latter included a search for evidence of foraging activity and sett building. (The ecologist who carried out the assessment has over three years’ consultancy experience and is a member of the Chartered Institute Ecology and Environmental Management).

The site (as shown within the red line boundary on Figure 1) is public parkland, which lies within an urban landscape in the town of Crewe, East Cheshire. It is popular with dog walkers and is regularly managed, including the mowing of grass to a very short sward. There is suitable habitat at the site for foraging and sett building. A main sett comprising six well-used holes, two partially-used holes and one disused hole was found under shrub vegetation on an embankment adjacent to the eastern site boundary (as shown on Target Note 1 on  Figure 1). Fresh spoil, Badger hair and foraging activity was recorded in this area, intermingled with evidence of Rabbit and Fox. A fresh latrine was also recorded (as shown on Target Note 2 on Figure 1).

The sett will not be directly impacted or disturbed by the proposed development so long as a method statement is produced containing the appropriate mitigation measures are implemented. Therefore, a Natural England licence will not be required.

The following measures should be adhered to:

• Contractors and machinery should not encroach on to the embankment on the right site of the footpath where the sett is located;

• Digging must be done by hand in the northern section of the site up to the footbridge at the centre of the site;

• Excavated trenches should be covered if left overnight or an escape ladder should be installed to prevent entrapment of Badgers or other local wildlife;

• Contractors will be briefed on the presence of Badgers prior to commencing site works.

Our appointed contractors have taken these guidance measures into consideration in designing the works and the operational staff on the ground have been fully briefed on the importance of working carefully and in accordance with the guidance..

I trust this will allay your concerns and reassure you that the Council does take the protection of our biodiversity very seriously.

I have checked our data, and cannot find an application/licence for the mentioned post code.

Please contact the local wildlife police on 101, and inform them of these details

The Police arrived and found them working to me they are banged to rights committing a wildlife crime.

They then claim they used cameras on the site and the badgers are all gone. A freedom of information act request to produce evidence was not supplied and they broke the law on this count as well. The fact badgers have gone would suggest the illegal work has disturbed the badgers crime number two. 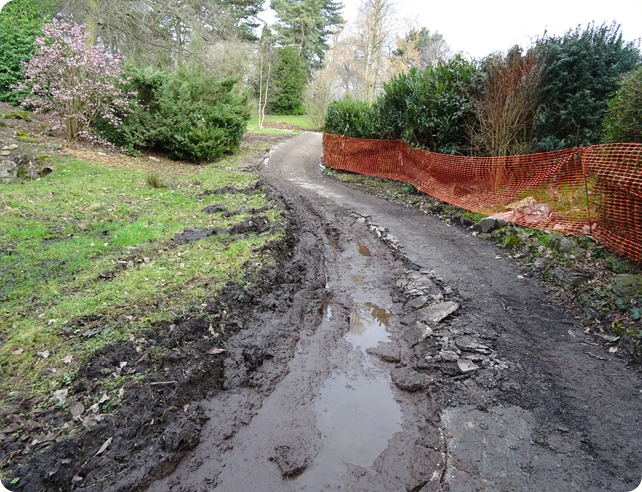 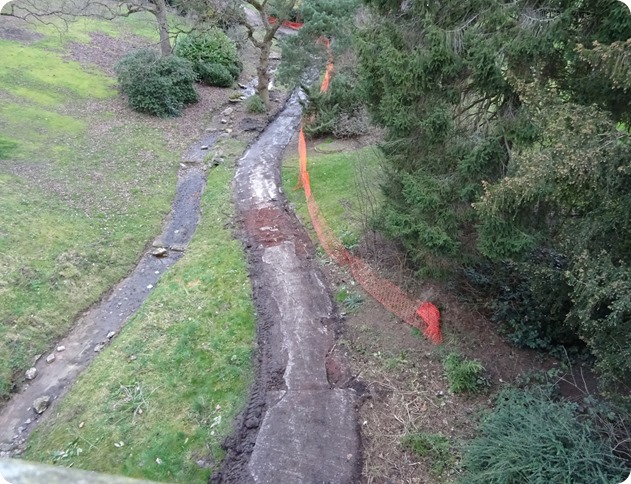 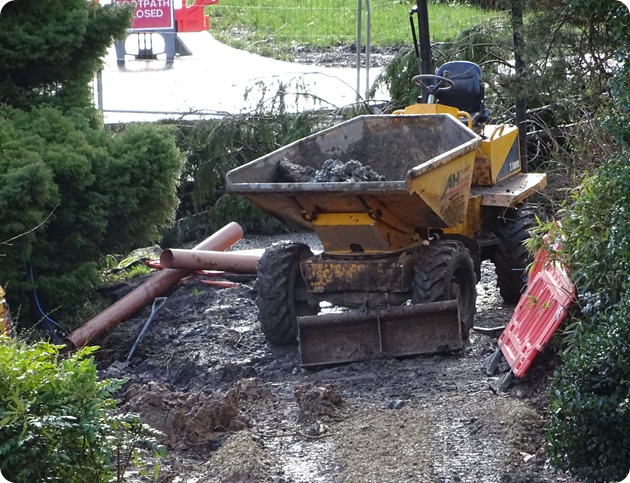 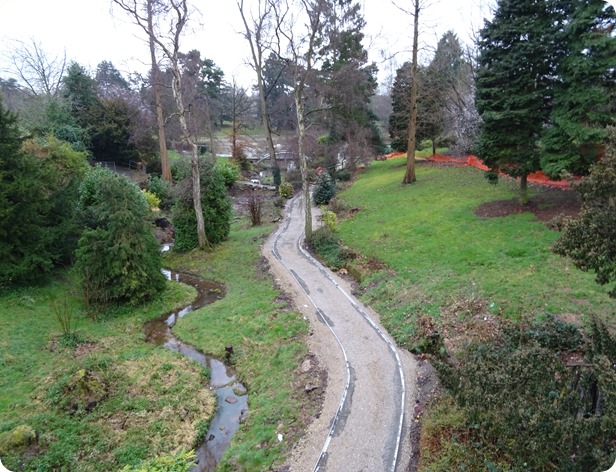 The path has now been all but finished only requiring tarmac on top what are the bets the FOI request will come when the path is done when its to late to stop the work so they failed to comply with the act to cover up a criime? 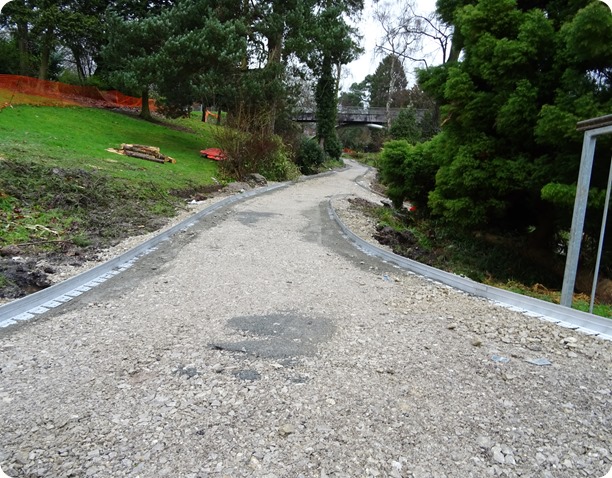 A new seat on Burma island from the Tesco bags fund 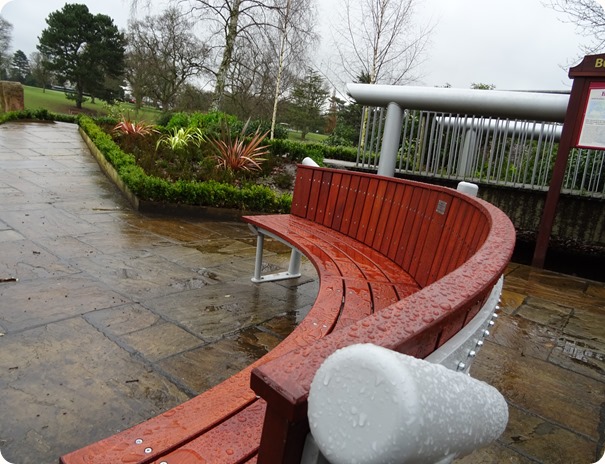 The day the storm struck

The day the wind blew and trees were dropping like flies and the park was closed for safety reasons.  A lot is down to no maintenance as pointed out in other posted weeks ago I told them of over 22 deadly dead branch's that can potentially kill  and no attempt has been made to make it safe so if someone gets hurt from falling branch's the council are liable 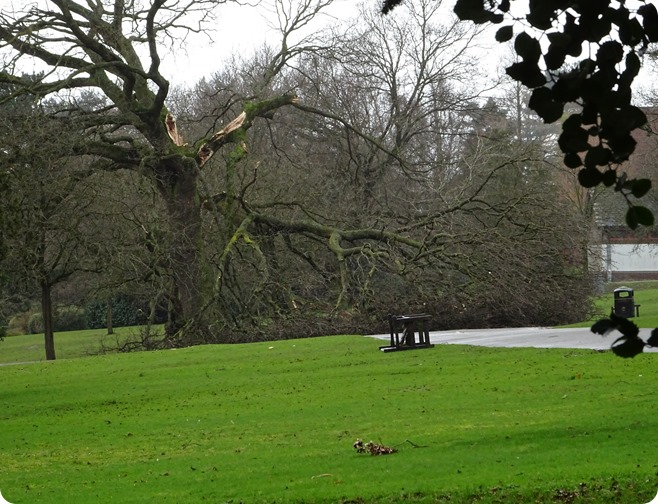 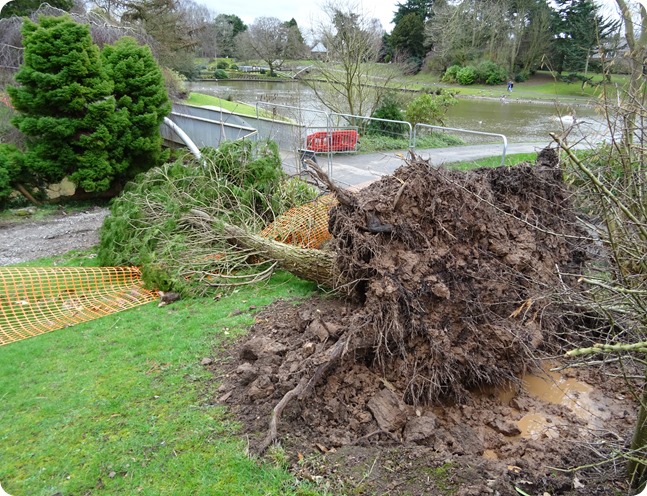 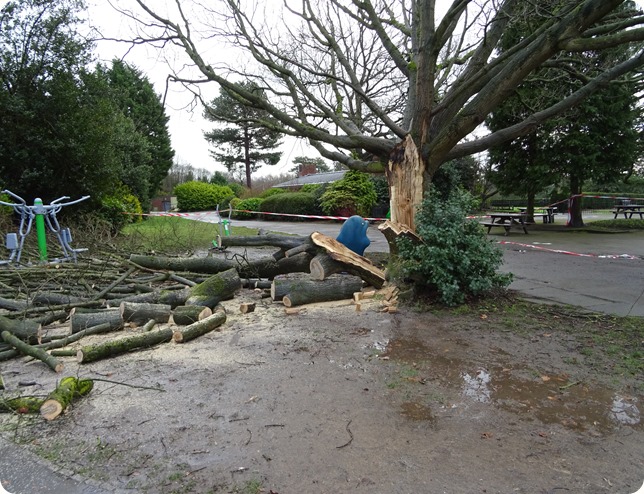 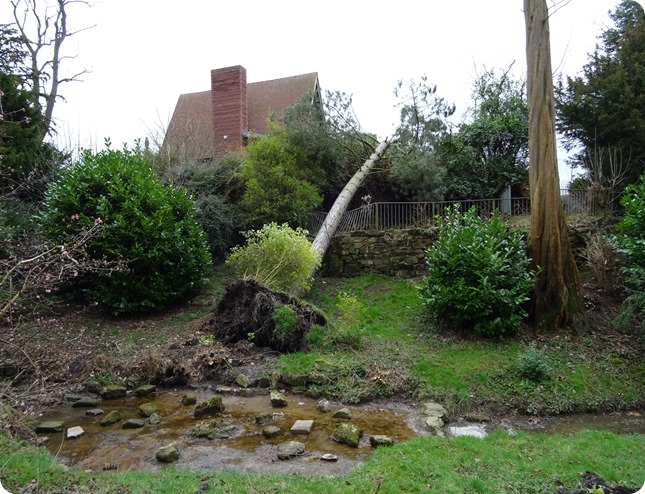