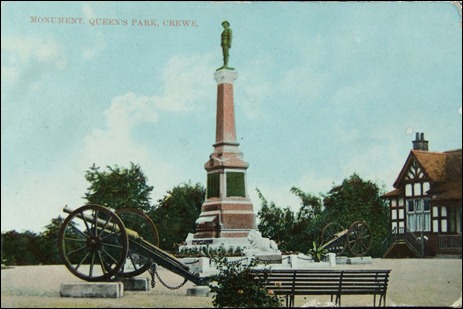 We have found some rare old pictures of the Queens Park many of them old postcards. Above is the Boar War statue with the old cafe and the guns. 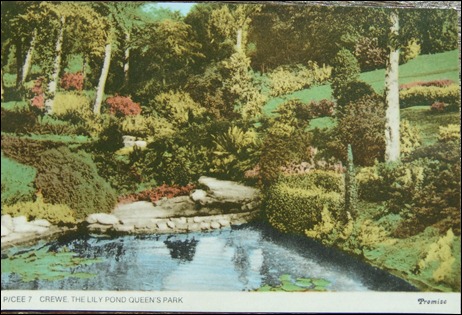 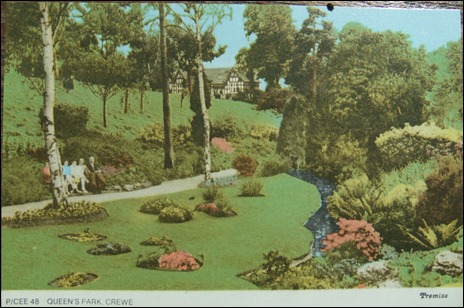 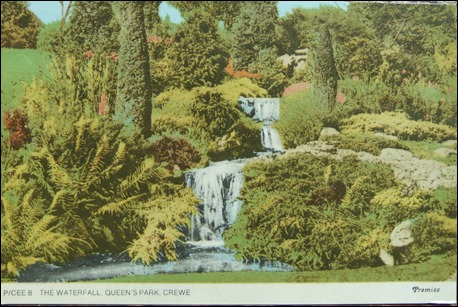 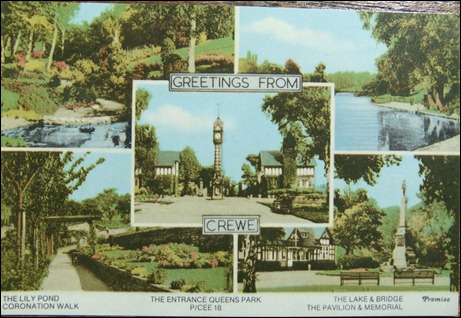 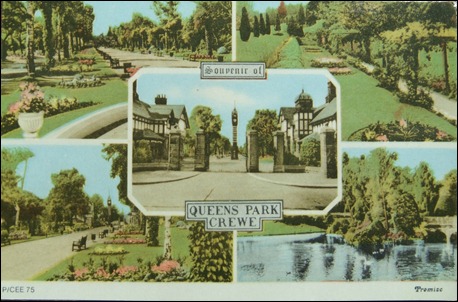 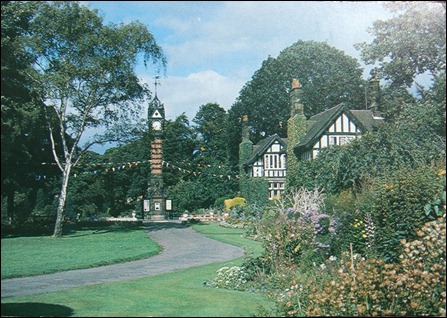 Lodges and the clock tower with bunting out 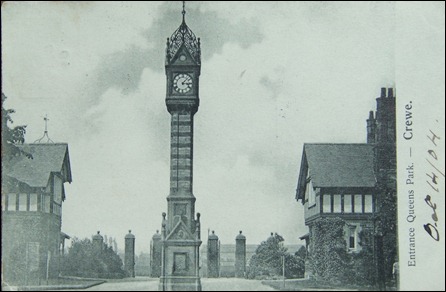 Same again but and older black and white picture 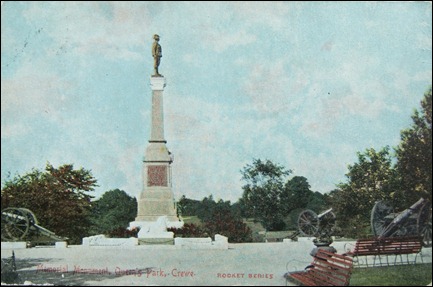 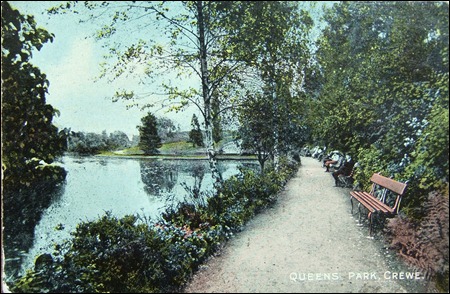 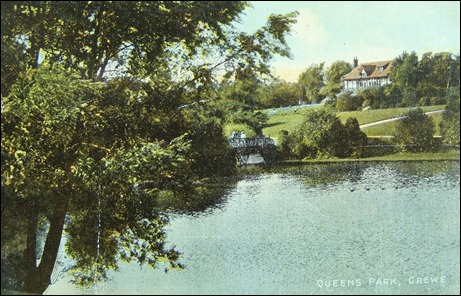 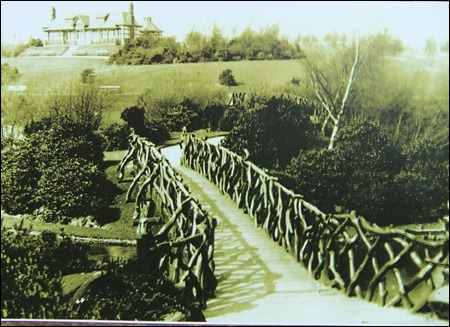 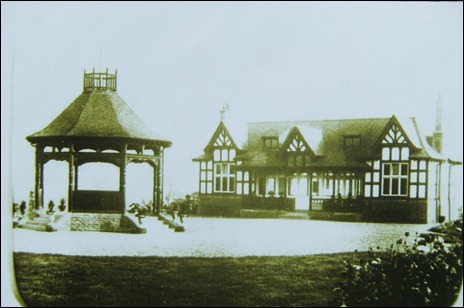 The cafe with the monkey hut in front of it 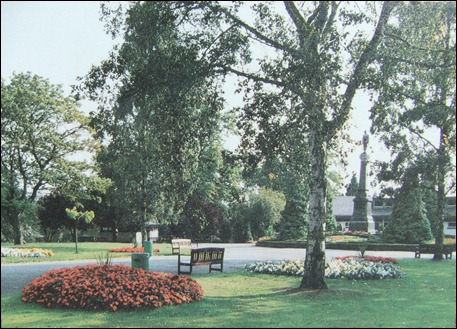 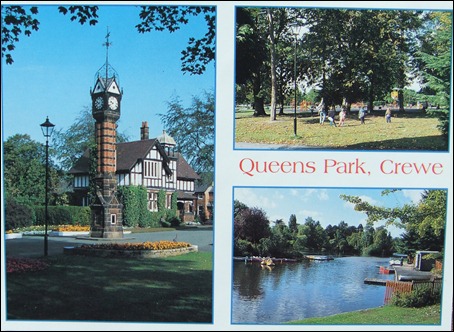 Another postcard with the clock tower and lake 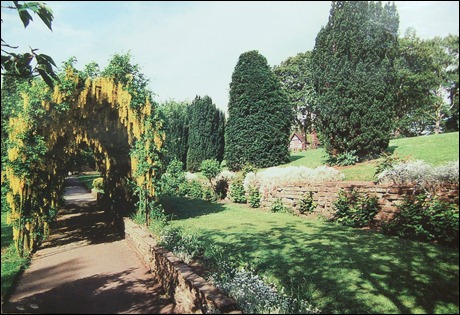 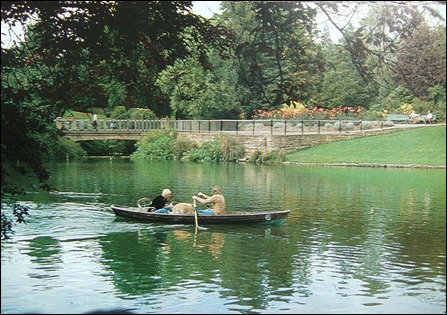 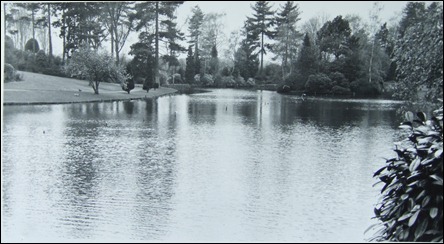 Black and white picture of the lake 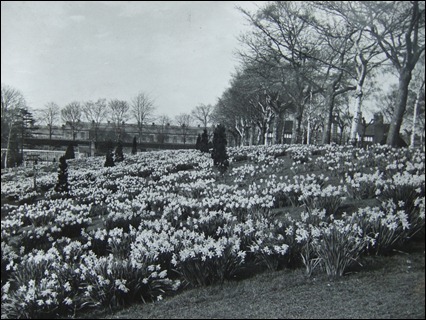 Daffs out with the works in the background 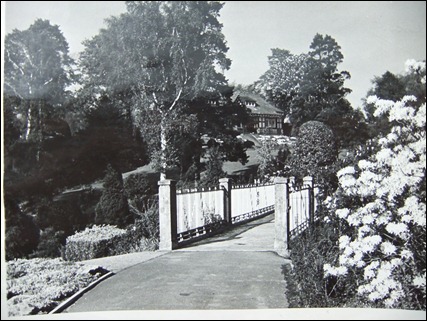 One of the old bridges leading to the cafe 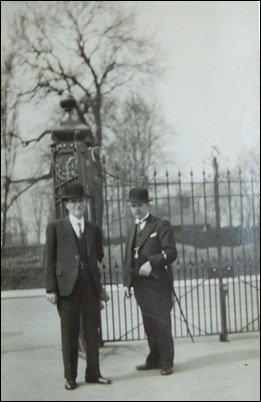 Two men outside the main entrance anyone know who they were? 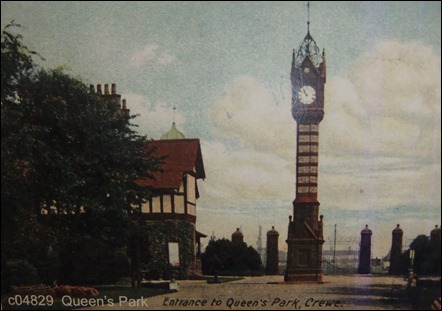 The picture of the two men by the gates are not the park gates, but Crewe cemetery gates in Broad Street...and I think the man on the left may be my great grandfather Edmund Parry Morgan who was cemetery superintendent in the 1900s

...My mother has confirmed that it is my great grandfather at the cemetery gates,and that the other man is Roger Dutton who eventually became Mayor.