Big clean up at the Queens Park 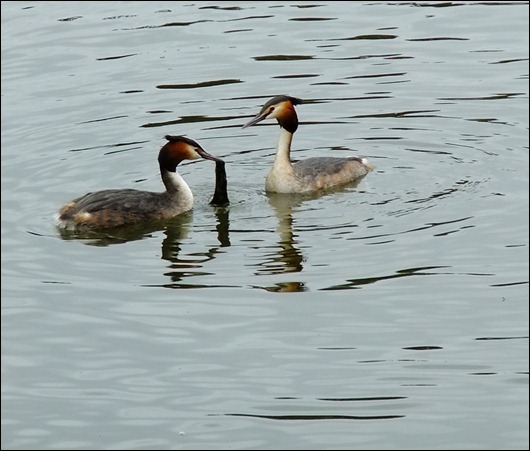 The grebe have had us all guessing this week first there were two then four and at one point 5 grebes on the lake yesterday only two could be seen. They keep diving and bringing up weed. They can be nasty little things when a duck get in the way they charge with their very sharp pointed beaks like a torpedo 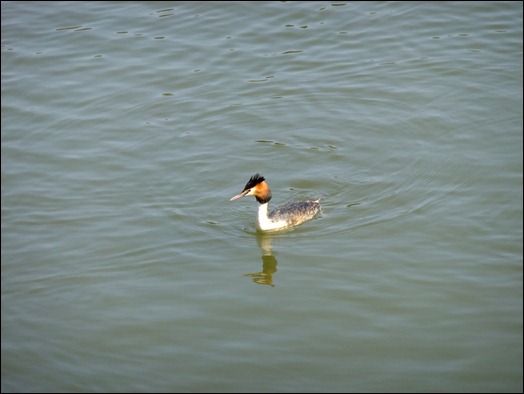 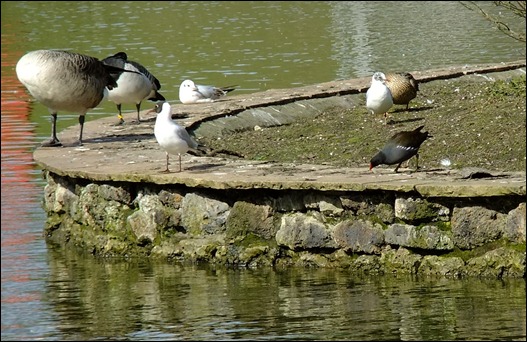 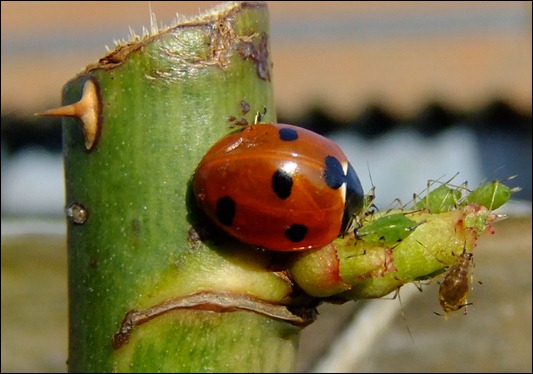 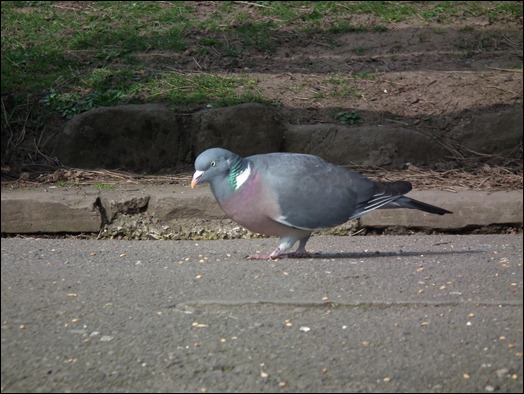 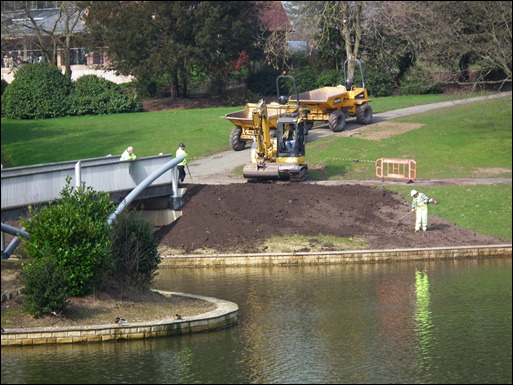 There ahs been a lot of work done this week by all the bridges to stop the shear drops leading to them as tons of top soil has been used to make the bank safe. I think clay would have been better with a bit of top soil 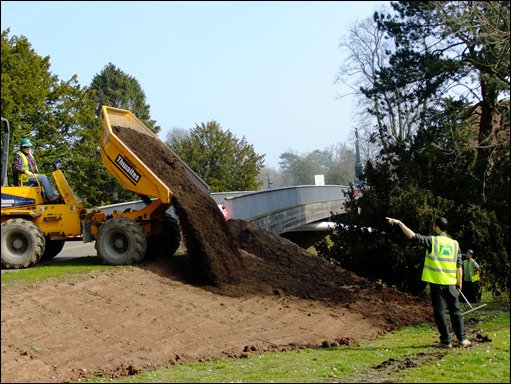 The activity is partly due to the lottery visiting next week about a future grant to finish the paths etc. So lets hope we get it  but it will be to late for this year as the bid doesnt go in until June. Also this week the cafe has been broken into at night if you saw anything let the Police know