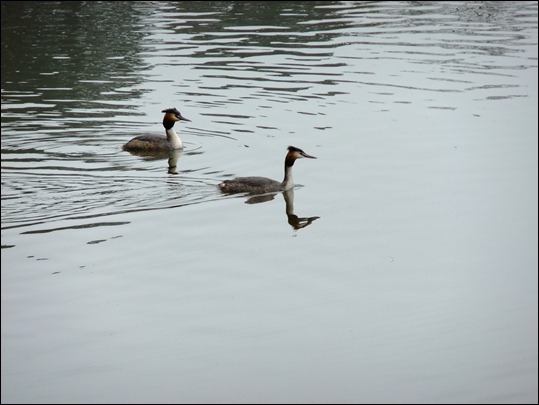 The grebe is going mad and now we have 4 of them it started with one then two and I thought I was seeing things but there is now four of them. The grebe is what started the RSPB as they used to be killed for their plume for ladies hats etc and they were the first protected bird 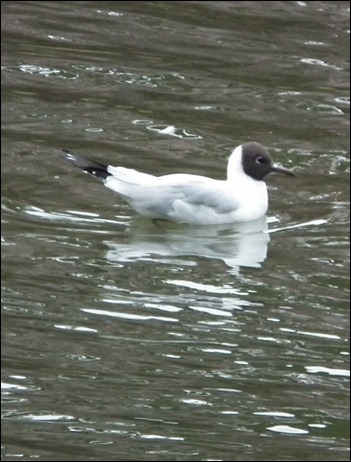 We have seen a few Black headed Gulls coming this week

Not really a black-headed bird, more chocolate-brown - in fact, for much of the year, it has a white head. It is most definitely not a 'seagull' and is found commonly almost anywhere inland. Black-headed gulls are sociable, quarrelsome, noisy birds, usually seen in small groups or flocks, often gathering into larger parties where there is plenty of food, or when they are roosting.

The commonest inland gull, particularly in N England, Scotland and Wales. Large colonies along the south and east coasts of England. 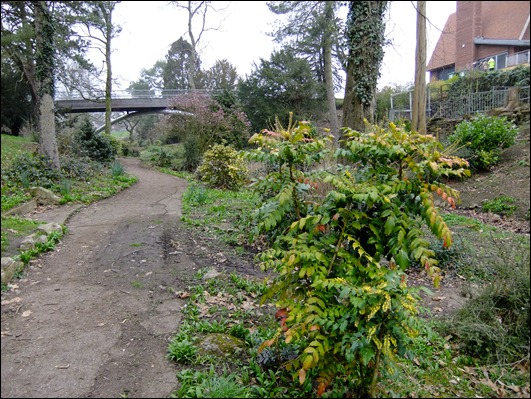 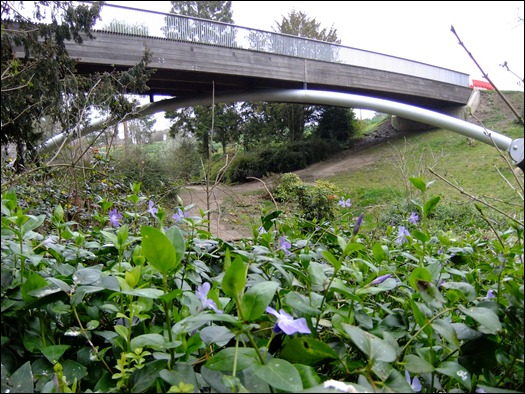 Periwinkle is a colour in the blue family. Its name is derived from the lesser periwinkle or myrtle herb (Vinca minor) which bears flowers of the same colour. 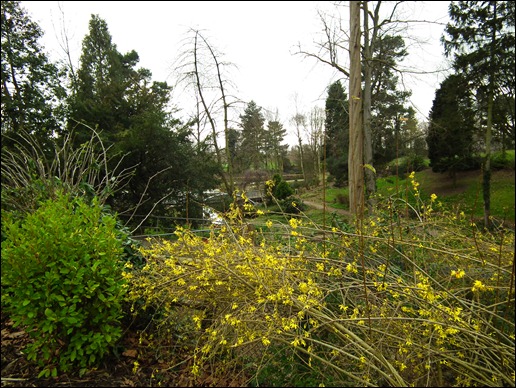 Forsythia; is also out here by the cafe towards the lake but again its all over the site then of coarse the daffs are out but not all of them as yet pansies and hyacinth are out in borders.  No doubt half the daffs will go missing for Mothers Day.