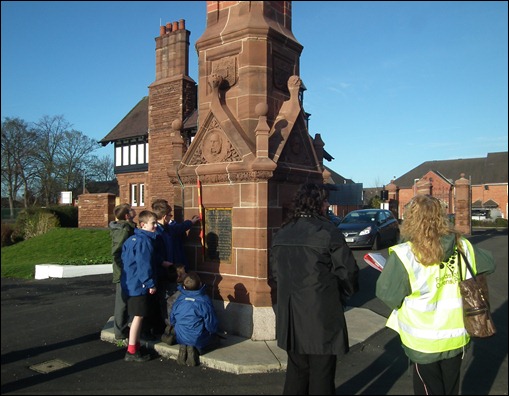 An exciting project got underway this week with local children using the Queens Park as a classroom. With the help of the Friends of Queens Park children learnt a lot of skills in a real environment. It covered everything from measuring the clock tower, how to find north, centrifugal force  and how it effects the play area, wild life and much more. Some of the activities and work sheets are here. 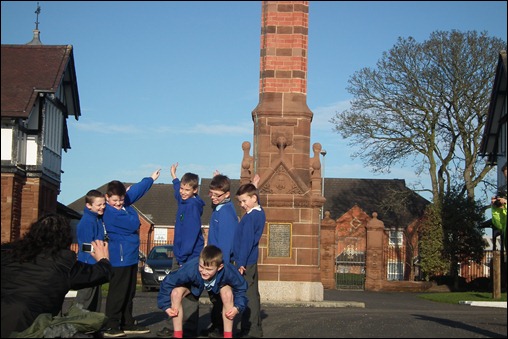 The children seem to like the fun element of learning outside as it was a nice sunny day and its hoped there will be a lot more use of the park. 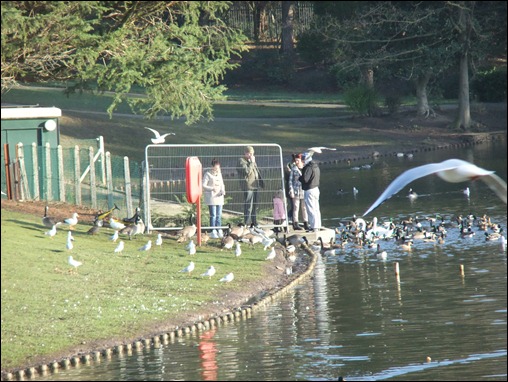 About the only part of the park fenced off now is the boat jetty but these people didnt take the hint they broke down the barrier and took very young children right on the waters edge to get around the barrier which is there for their safety. 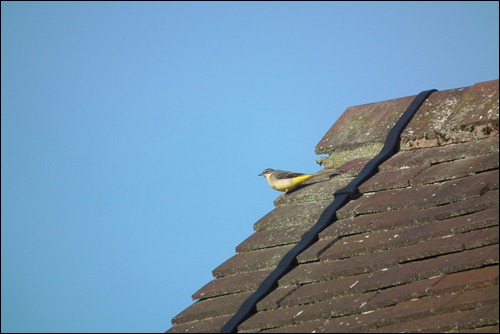 The Grey wagtail was spotted on the lodge roof this week

The grey wagtail is more colourful than its name suggests with slate grey upper parts and distinctive lemon yellow under-tail. Its tail is noticeably longer than those of pied and yellow wagtails. They have gradually increased their range in the past 150 years and in the UK have expanded into the English lowlands from the northern and western uplands. They are badly affected by harsh winters, and because of recent moderate declines it is an Amber List species.

Found over most of the UK, with the exception of the Northern and western isles of Scotland. Likes fast flowing rivers in summer their greatest densities are in the hills of England, Scotland and Wales. In winter they can be seen around farmyards and lowland streams, even in city centres. Scarce in central and eastern England in summer and from upland areas in winter. 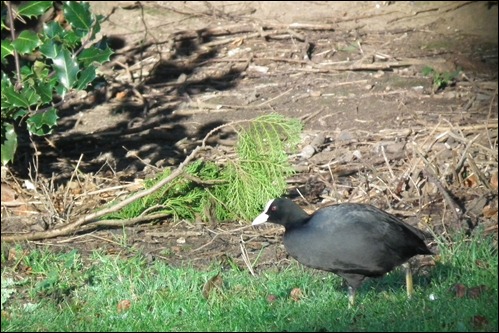