A rare site at this time of year this far south 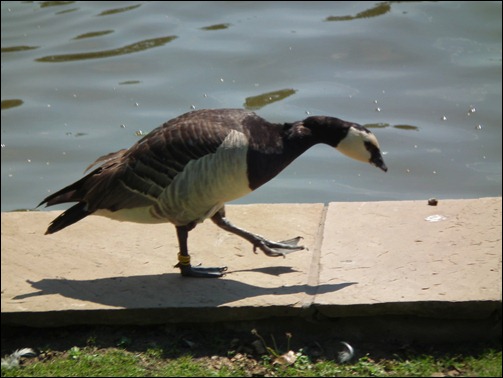 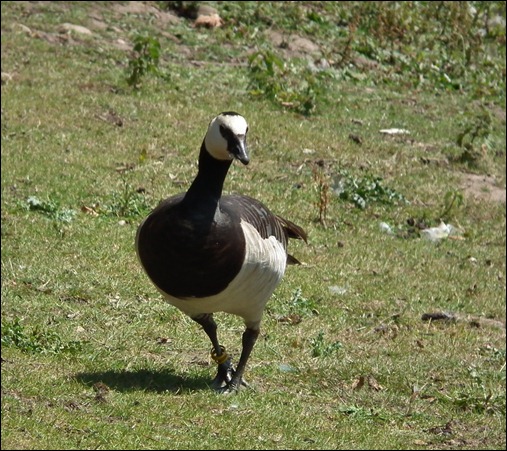 A medium-sized, sociable goose, with black head, neck and breast with creamy-white face, which contrasts with the white belly, blue-grey barred back and black tail. It flies in packs and long lines, with a noisy chorus of barking or yapping sounds.

Largest numbers on the Solway Firth (England and Scotland) and on Islay, Scotland. 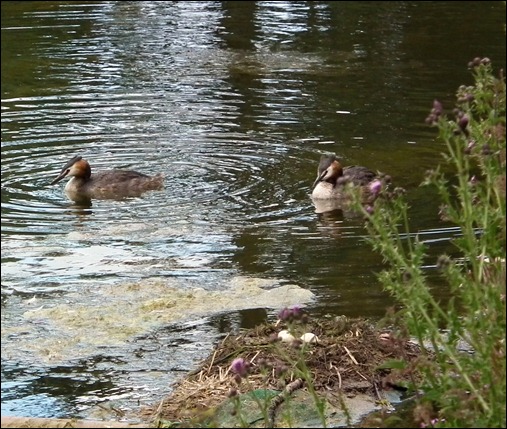 We have a nesting pair with a few eggs visible in the nest.

Small to medium-sized water birds, characterised by their pointed bills (long and dagger-like in larger species), round bodies, tiny tails and legs set far back on the body.

The legs are flattened and the toes have broad, leaf-like lobes, so that the forward stroke underwater has minimum drag but the backward stroke can exert maximum pressure for forward movement.

They are expert swimmers and divers but unable to walk on dry land. They build floating nests anchored to aquatic vegetation. Many other species are found almost worldwide

They have an elaborate courtship display in which they rise out of the water and shake their heads. Very young grebes often ride on their parents' backs. 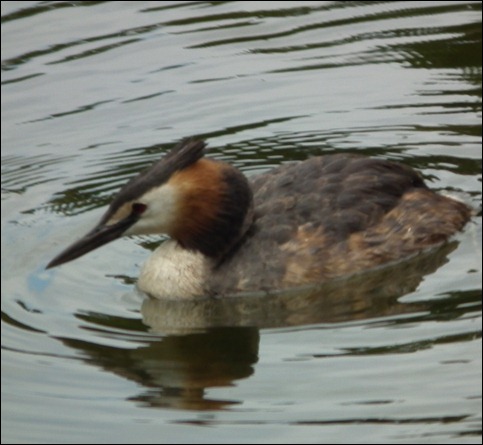 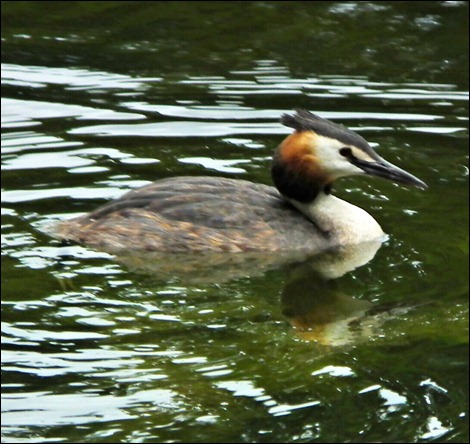 What they are after is our fish 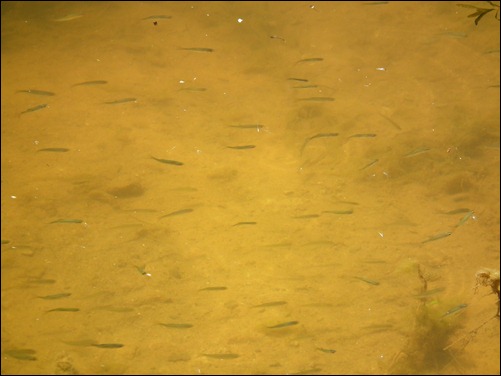 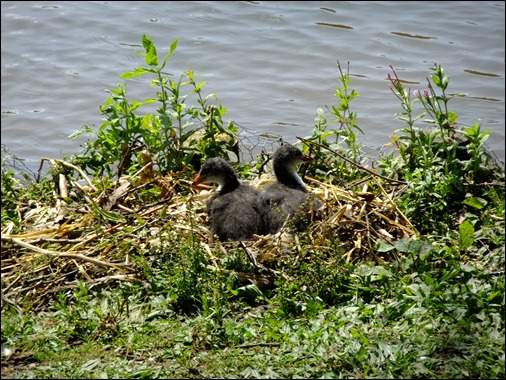 We also have baby Coots nesting on the lake banks pinching all the straw from the lake. It was interesting to watch them dragging stuff from the lake to build the nest as other Coots has nested far out from the bank. 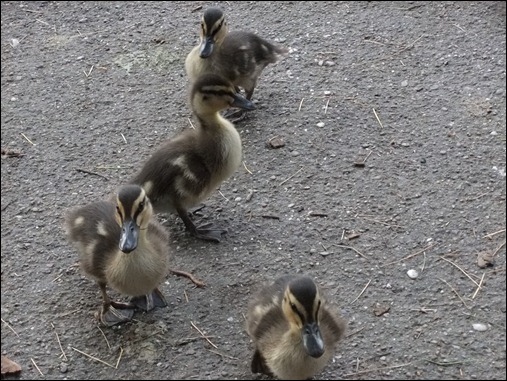 There are lots of other youngsters about and tame enough to eat out of your hand. 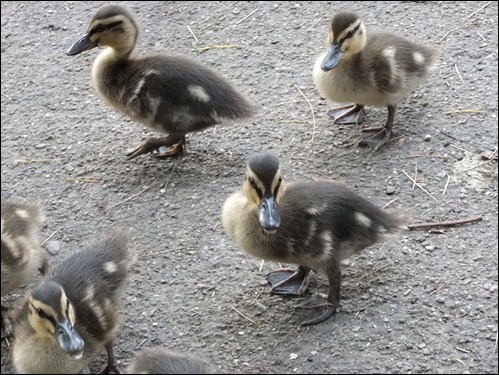 The only problem we have in the park is Kids kicking and chasing young wildlife. If you bring you child to the park teach them respect for wildlife and dont let them hurt young babies