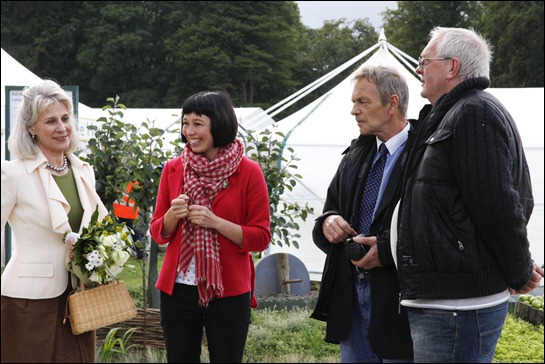 The Queens Park had a Royal visitor this week.

Birgitte, Duchess of Gloucester (Birgitte Eva; formerly van Deurs; born Henriksen, 20 June 1946) is a member of the British Royal Family, the wife of Prince Richard, Duke of Gloucester, who is a grandchild of King George V.

Together with her husband, the Duchess of Gloucester undertakes royal duties on behalf of the Duke's cousin, Queen Elizabeth II.

The Duchess of Gloucester is patron of a large number of organizations, many of which have medical, educational or welfare connections. She has also accompanied the Duke of Gloucester on his official visits overseas: her first such visit was in 1973, when The Duke and Duchess represented The Queen at the 70th birthday celebrations of King Olav V of Norway.

After the death of Princess Diana she became the president of the Royal Academy of Music. 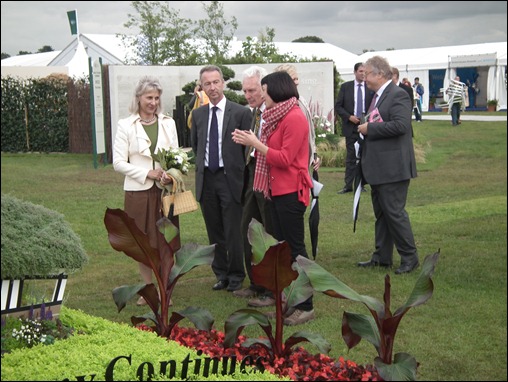 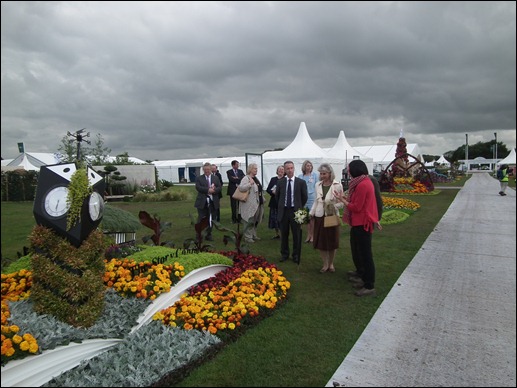 The display show the Queens Park as a pop up story book with the lodges and clock tower and pictures of a spider and web to represent Webb who helped to create the park. If you going to the flower show be sure to take a look and even win a hamper