EXPERIENCE BEAUTIFUL WILDLIFE ON YOUR DOORSTEP 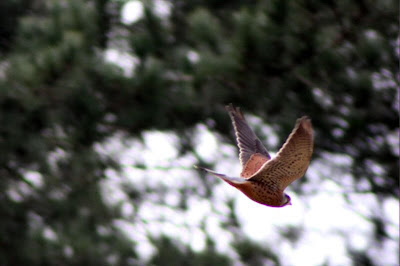 Bringing a local park into the 21st Century and ensuring the continued wellbeing of its native wildlife is not as simple as you may think.

Take Queen’s Park in Crewe as an example; Cheshire East Council (CEC) is currently investing £6.5m into restoring the park to its former glory but have also been tasked with meeting the demands of certain feathered visitors and the park’s more permanent resident: bats.

The bats, four different protected species, have made the existing bandstand area their home over the past few years and seemed contented to stay put. However, for human visitors, the old, leaky roof had become somewhat of an eyesore. A series of surveys identified when the bats would leave the site to roost elsewhere. At this point the roof was refurbished and pieces of plywood suspended from the ceiling to provide more suitable accommodation for these flying mammals.

“This is proof that the numerous surveys which have been carried out to protect wildlife in the park are paying off. Improving life for birds and bats as well as ourselves is the main aim of this project. The work which has been completed has already revitalised the area. This can only continue as the project nears completion.” 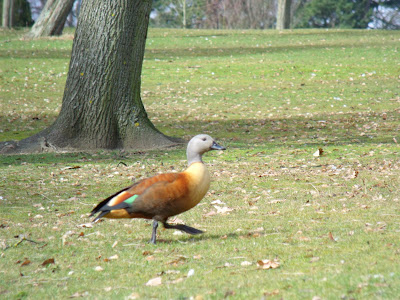 “I recently decided to pay a visit to the Queen's Park in Crewe to see what birds were present. Having spent the last few years conducting bird surveys in the urban Crewe area, surprisingly I hadn't visited the park, so it was something I had to do for curiosity's sake.

“I arrived at the entrance opposite Tipkinder Park and immediately saw a Coal Tit. Next I saw a Jay, in my opinion, one of our most beautiful resident
birds. Wood Pigeon, Collared Dove (picture left), Mistle Thrush, Great Tit and Blue Tit soon followed. A Tree Creeper climbing up a tree by the play area continued a good start to the walk and as I proceeded, resident songbirds were in evidence, such as Robin, Wren and Dunnock.

“All of a sudden, the unmistakable undulating flight of a Greater Spotted Woodpecker overhead was noted before it landed in a treetop. Blackbirds and Song Thrushes, which were worming on the grassed areas, were joined by several Redwings. There have been large numbers of this Scandinavian thrush in the UK this winter, and birds are not only turning up in parks, but in gardens as well.

“At the Victoria Avenue entrance, House Sparrows were chirping on the Gatehouse buildings and in the adjacent area, Magpie, Crow, Jackdaw, feral Pigeon and Pied Wagtail were noted. Chaffinch, Greenfinch and Goldfinch were soon added to the list and then I heard a Goldcrest. After a minute or so it gave itself up, flicking away in the foliage, looking for insects. It's amazing how this, our smallest British bird, survives considering we've just experienced our harshest winter in over thirty years.

“In the lake area I saw approximately 70 Mallard along with a single male
Mandarin Duck. Originally one of a breeding pair present since 2000, the male has been on his own since 2003, and resident ever since. Fifteen Canada Geese, a single feral Greylag Goose, with the farmyard type white geese, four Moorhen and a grey Heron were also seen, along with 15 Black-headed and two Common Gulls, hanging around, hoping for an easy meal when people come to feed the ducks bread.

“So, it just goes to show that you don't have to visit the countryside to experience bird life when it's on your own doorstep!”

There have been more additions to the park to ensure Queen’s Park remains a ‘des-res’ for all manner of local wildlife. These include a number of nest boxes:

There are plans to erect more boxes in the future, including 2 owl chimneys.

Another habitat booster that has been introduced over the last two years is the creation of small discreet log piles. Sometimes, this may just be one large log or bough, placed within a shrubbery. The decaying wood attracts fungi and insects, the latter providing a good food source for many other animals.

The Mandarin Duck, referred to by Mark Stubbs is an uncommon feature around Britain’s parks, but one permanently resides in Queen’s Park and his late family members before him since 1980. Plus, a more recent welcome visitor is the Cope Shields Duck, seen numerous times over the last two weeks; it is thought to have either escaped or been set free as it is not a native of these shores.