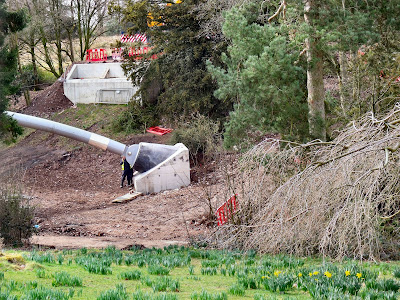 As reported the other day they had trouble getting the giant steel support into and in the end it had to be done the next day. It was just down to a safety computer on the crane which wouldn't let it lift the steel as it was to windy.
However on Thursday the wind had dropped and the support was in place. 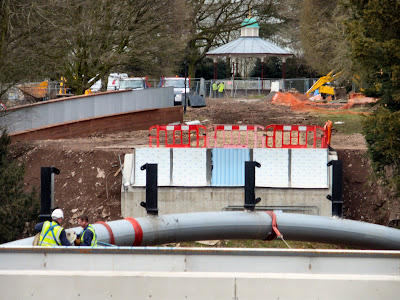 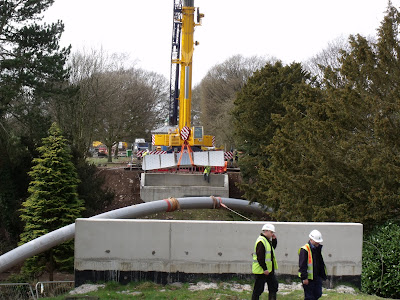 The metal supports for the end of the bridge were lifted into place. The work will then be completed by Thursday night when all the bridges will be fully installed. One of the Burma Bridges has yet to be lowered a few feet after the initial settling period. The contractor Tolent will then be leaving the site after Easter but its hoped they will get the Cafe contract so they can start work straight away
Posted by Jan Wright at 11:00 PM