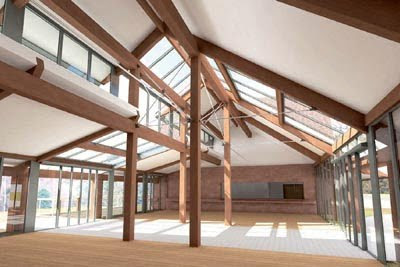 The new pavilion design is finalized and presented here. Work will start around easter time on the new pavilion which is highly energy efficient and can be divided into areas so it can be used for small groups 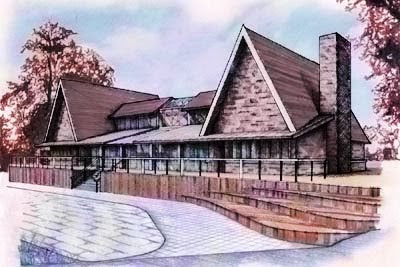 It is designed to mimic the main entrance which has a lodge each side and the tower in the middle. The pavilion has the same two structures and the war memorial in the middle. Being mostly glass it will give a great view through it onto the lake 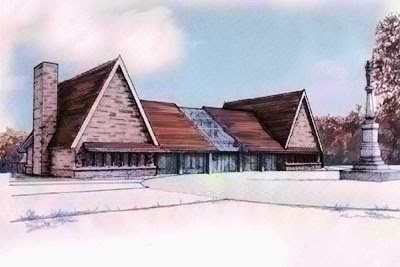 The Boer war statue will be restored and the base will be dug out as the original footing are still there. This will mean people can then read the names of the fallen. 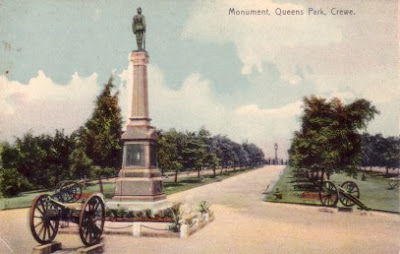 What is interesting is there will be guns brought back like the original inn the picture above. But it will be interesting to see what we get the was a lot of controversial talk about the guns as at the time the guns used were not the type used in the Boer war and a lot of complaints were voiced at the time. So will we get Boer war guns or just old ones we will ask at the next meeting
Posted by Jan Wright at 10:43 PM