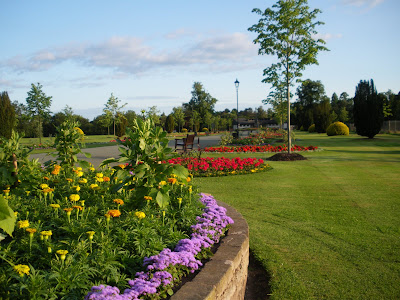 I attended the stakeholders meeting held at the park on Wednesday 8th July. There has been little or no visible work done at the park for months but thats all about to change. The new tender should be opened this week and hopefully a new contractor appointed very quickly. There has been a delay as after the tenders were in one contractor reduced the price and as a result other had to be given the opportunity to resubmit tenders.

At the meeting the Lions came with some cash to build a sensory garden like the one a Stapley Water gardens so that is another new feature which should be a major attractions and as the Lions are funding it there is no messing about getting the money.

The meeting discussed that the stakeholder work would be done once the park was finished and then a friends of the Queens Park would take over to make decisions about the park and see that its maintained and looked after. This will be open to anyone and will shortly be setup as a charity so they can get funding for any future projects.

The work on the wall were the Bats have held up work is now due to start this week and should be finished in a month. This also means the railings can then be finished as there is only this small section to do. We will have pictures as soon as there is signs of life. Work on the bandstand is also imminent.

The summer bedding is now starting to flower and will soon be in its full glory as can be seen above taken after the meeting.

The park has events still going on this summer which are 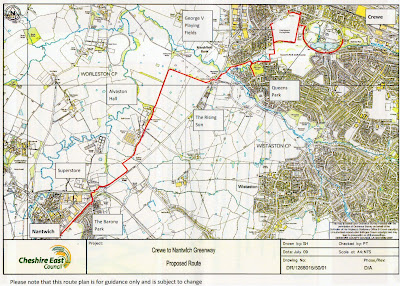 While its not strictly the Queens Park the new footpath /cycle way is another major step forward. Costing over 1 million pounds it will link the Queens Park to Nantwich and means you will be able to walk or cycle to the park from Nantwich in safety along a beautiful country path. This should help make the park more accessible to all. Its hoped the work we have done in trying to get Tipkinder on the map will come into play as the path can then be extended via Tipkinder and the Valley Park and take you into the town center.
Posted by Jan Wright at 11:06 PM