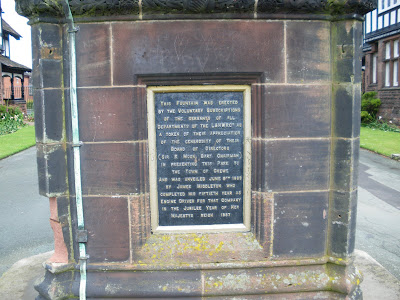 On entrance into the Park down Central Drive from the gates stands the impressive Jubilee Clock. Donated by the employees of the Railway Company and built in 1888. The tower has four large clock faces surmounted by an elaborate support for the weather vane. The tower is a Grade 2 listed building and is of stone and brick construction.

Clearly it can be seen within the ornate sandstone and the faces of Queen Victoria (facing north), the Duke of Cambridge (facing south), Sir Richard Moon (facing east, towards the Curator's Lodge which contains his pun) and Francis William Webb (facing west towards the Lodge with his pun upon it). At the rear of the clock is a cast iron plaque explaining how the clock tower was donated by the employees of the Company and unveiled by James Middlelon. Middleton was given this honour for fifty years service to the Company, quite an impressive achievement. Even more impressive when its realized that Middleton was the driver of the first train that stopped at Crewe on the 4th July 1837. 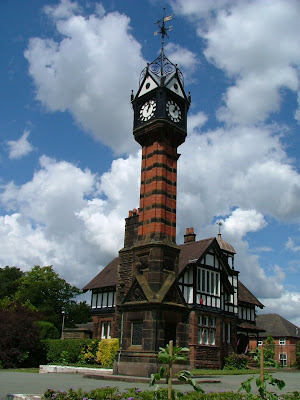 Above the clock and east Lodge 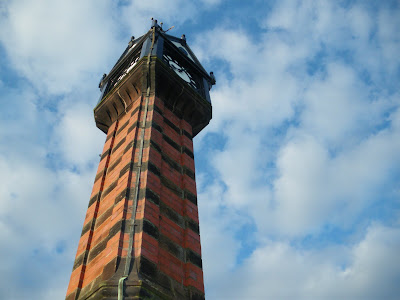 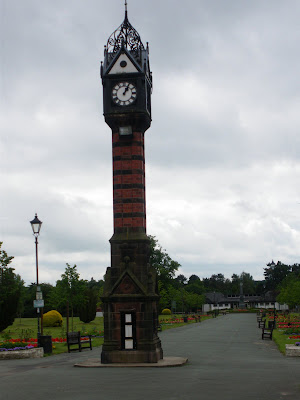