After problems with the badgers in the Queens Park Crewe were Cheshire east Council are redoing paths.  I saw on Sunday that work was going on close to the sett. I emailed  the council leader rachel.bailey@cheshireeast.gov.uk and the portfolio holder sam.gardner@cheshireeast.gov.uk and advised to stop the work in the area of the badgers I have had no reply from them. 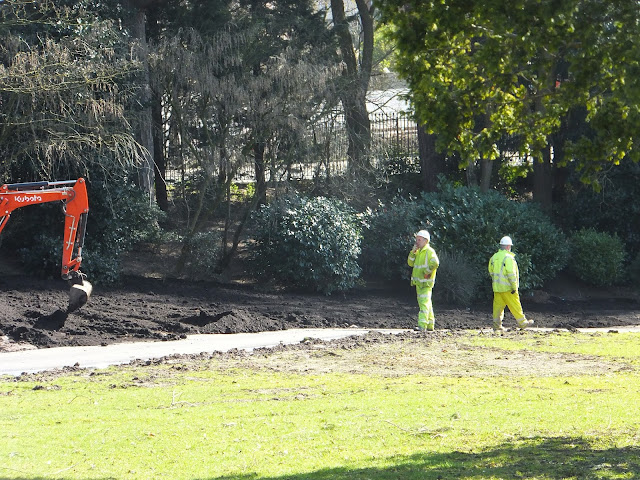 No disputing they used a digger heres the evidence 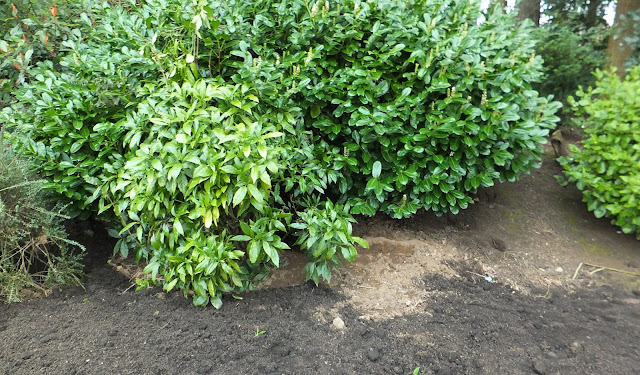 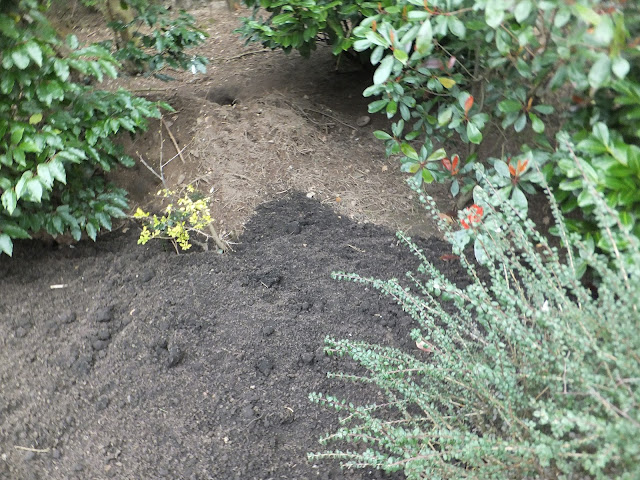 On Monday morning I rang the Mr Bagley the environmental officer  for the council and advised him that work should be stopped and pointed him to evidence that the sett was very active. He said he would phone George Broughton  who was in charge of the project and get him to ring me back as a matter of urgency which he didnt.
I arrived at the park at 1 pm only to find they were using a digger to move soil onto the badger sett it being wrong to use heavy digger with 10 mtrs of an active sett. I rang Ian at the contractors
Pronin Limited
Unit 2,
Waymills Industrial Estate,
Whitchurch,
Shropshire,
SY13 1TT
Telephone: 01948 663014
E-mail: info@pronin.co.uk
I explained as wildlife crime was being committed by his staff and asked him to stop the work he wasn't in the slightest interested and refused to take any action to stop this criminal activity. If your thinking of employing this firm you may want to consider this attitude. I have rang them since and they refuse to answer me. His staff claimed in the park they hadnt used a digger until I told them I had it on video and photos.  He is guilty as one quick phone call could have stop the crime which he failed to do.
I rang Mr. Bagley as a matter of urgency  he got George to ring me and he said he would attend in 30 mins  he claimed he had rang me several times with no answer but my logs show no calls.  I waited with others for over an hour and a half and by this time the work men had done the crime and moved on. I believe that George and Mr Bagley stalled doing anything so the job would be finished before they got there it would have taken only mins for them to ring and have the job stopped.

George claimed he had looked at the sett when I complained before about illegal activity weeks ago and he believed the sett wasnt used. see http://www.queensparkcrewe.com/2016/01/have-cec-illegally-killed-badgers.html  He is not qualified to make that decision only an ecologist can say that and they must by law prove it not used by cameras etc over a period of 3+ weeks.

What George should have done is stop any work in the area its not vital work so there is no urgency. He should have then called a qualified ecologist to carry out a survey.
Question now need to be answered why did this project get past planning without a ecologist survey in the first place that is a fault with planning and a mis managment of planning.

To work so close to badger they need a licence and being breading season they wouldnt get one why didnt they not get a licence who is responsible?

The concern is now there are other setts in the park with work planned a few feet from the setts will they continue to flout the law and disturb or kill the badgers?

I have complained to the council who have assigned it to the park manager who wont be able to investigate her senior manager George or the planning committee. 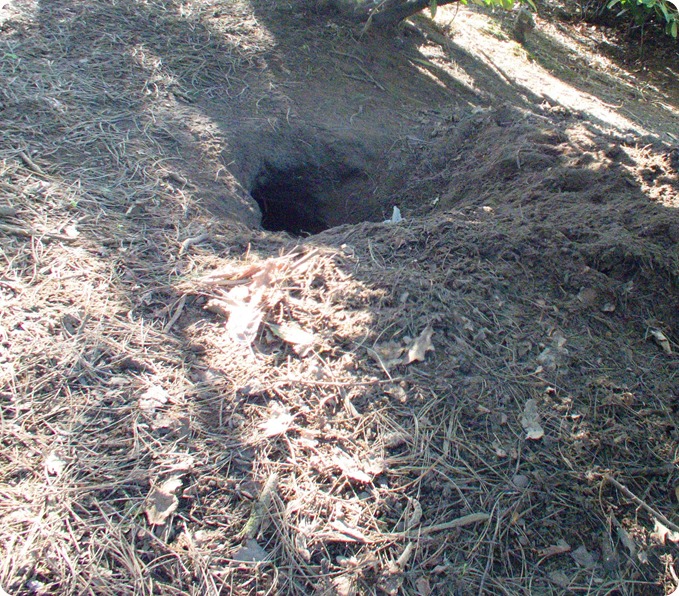 We reported a few weeks ago of the CEC contractors committing a criminal act by disturbing a badger sett without a license. It was investigated and CEC claimed the sett was unused but by law they have to prove that which they didnt they showed a photo of the sett covered in leaves which was strange as that sort of leaves are not in  that area. So it looks like a cover up. You can see from the photos that the sett has had massive amounts of soil dug out by the badgers and is the classic D shape hole so its very active. If you look close at full image you can make out badger foot prints. The contractors have been doing work very close to the sett and by law must only use hand tools within 10 ft of the sett this hasn't happened they have illegally used machines. So he will be prosecuted?  You can see in the photo evidence of bottles etc on the sett as if workmen have been sitting on it 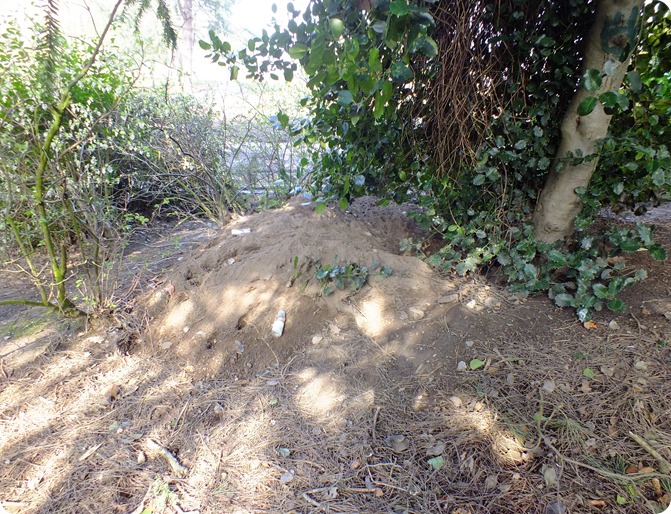 The official line is
Work near active badger setts must be carried out between July and
November inclusive, to avoid the disturbance of breeding female badgers.
Badger tunnels can extend up to 20 metres from the entrance holes and are
located between 0.2 metres and several metres deep, depending on the soil
and topography. Excavation work and heavy machinery must be kept well
away from where it could result in damage to the sett or disturbance to any
badger occupying the sett.
All works within 10 metres of the nearest sett entrance must be undertaken using hand tools only. 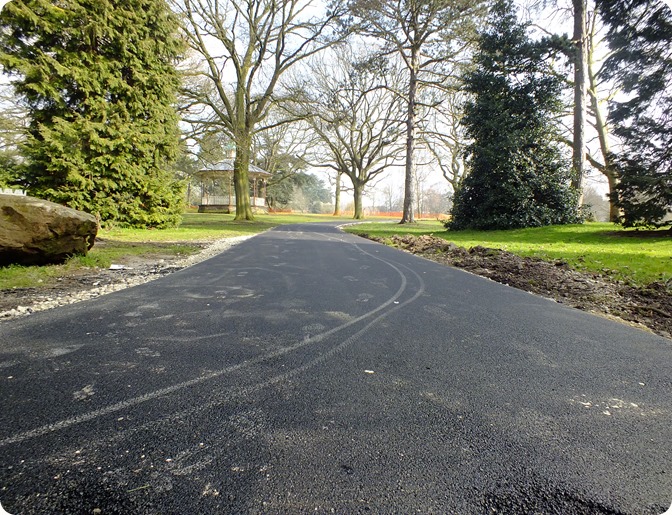 The path leading to the bandstand is now done 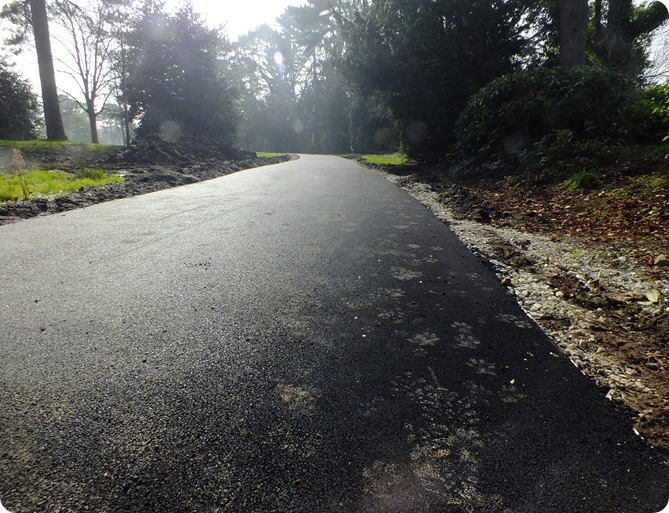 From the bandstand down to the lake one path is done 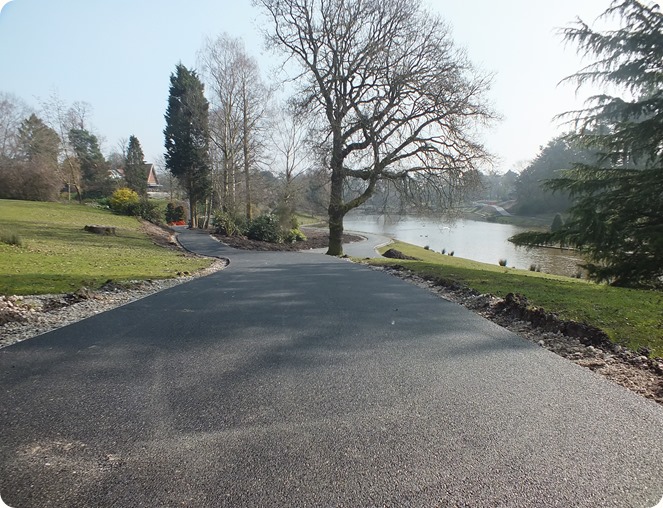 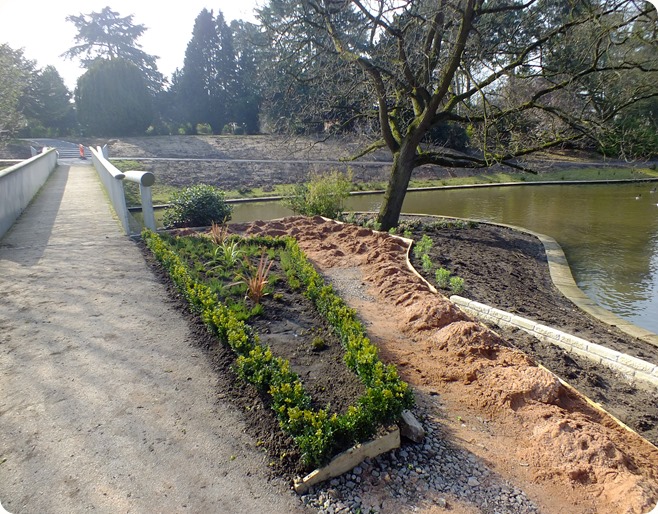 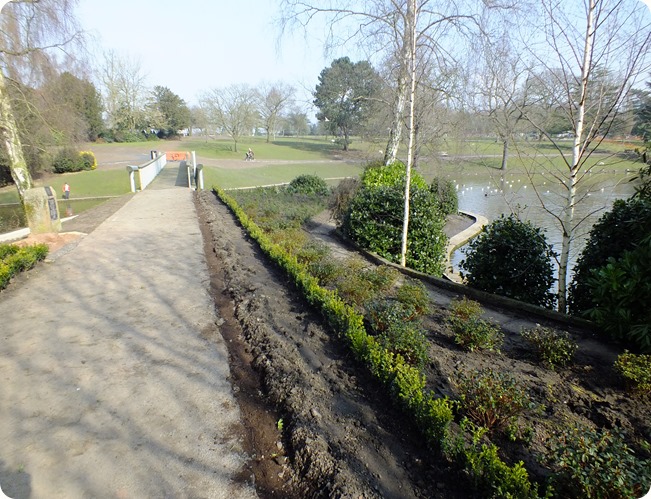 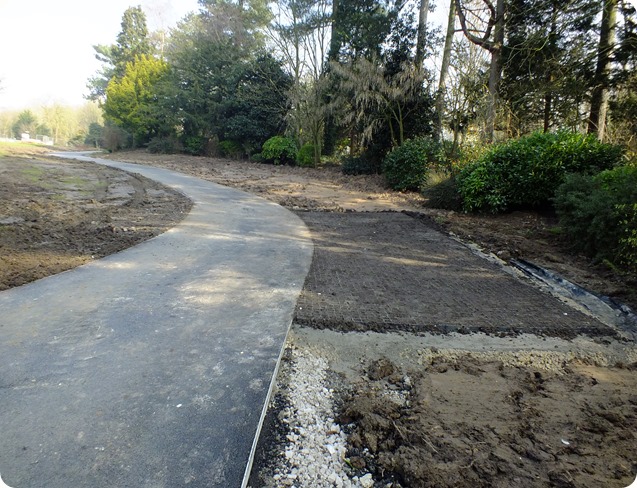 Path by Tipkinder is now done but whats the widened bit? 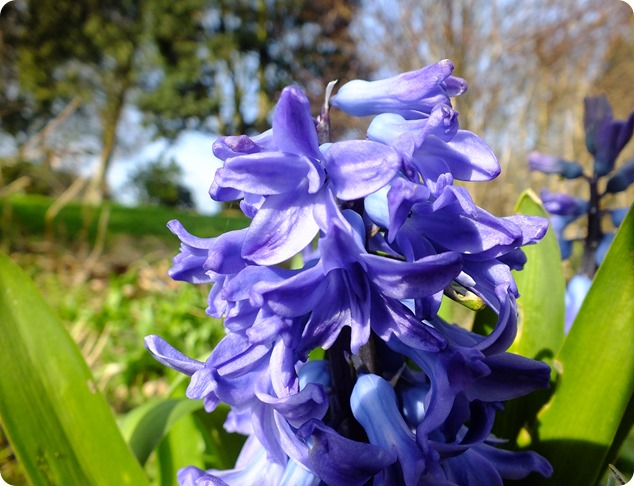 Nice hyacinths are now out at various parts of the  park 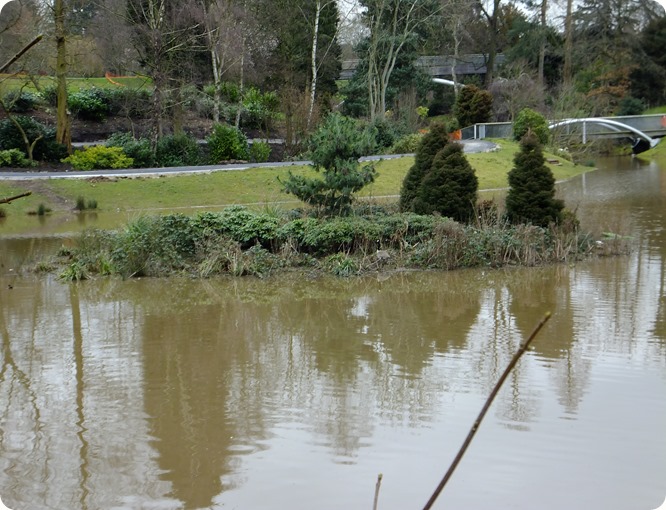 The great flood are back and its believed its cockup of the week. It seems the main sluice gate is jammed open by a fallen tree but it doesnt matter you can let the water out with the gate by the golf coarse except someone has put a path over the manhole to operate the gate so they can get to it 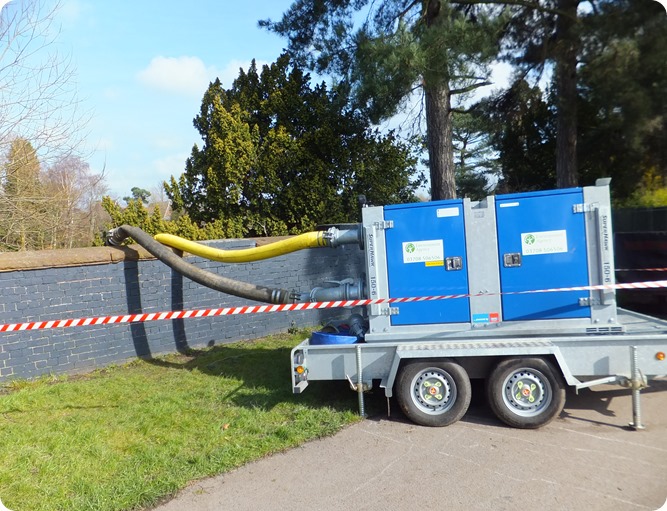