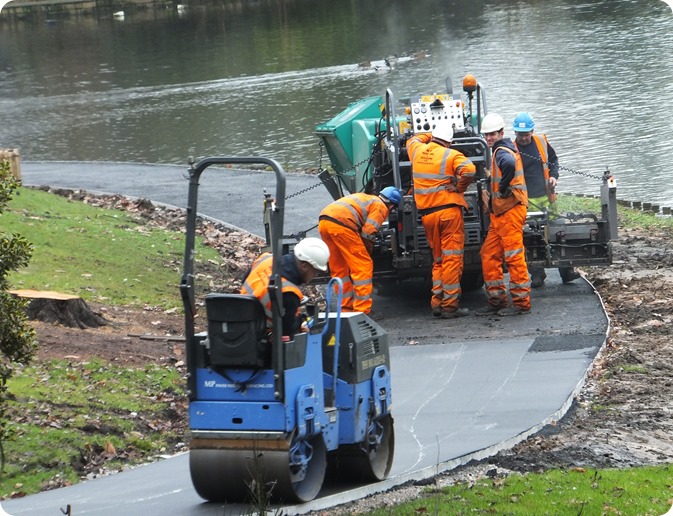 The paths south side are getting the final coat of tarmac. It was stated this would be open for Xmas but the gates are still locked 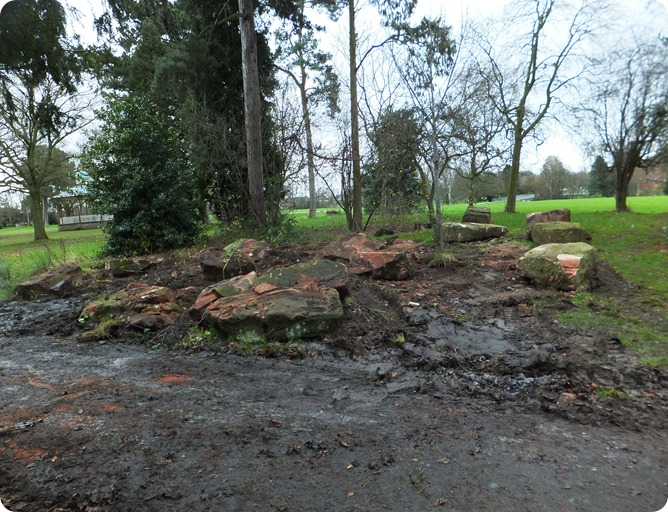 By the bandstand there has been lots of sandstone which was supposed to go under the bridge but a lot has now been removed and placed by the lake. 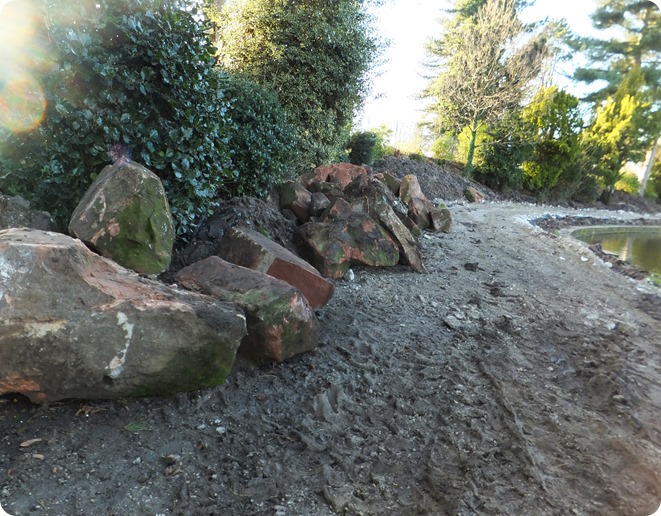 I assume they are using the sandstone to contain the mud they have used to bank up the borders. Its a lot of money to remove mud from site so its a good way of getting rid of it. I still think the water is still going to flow onto this path as its draining from above. 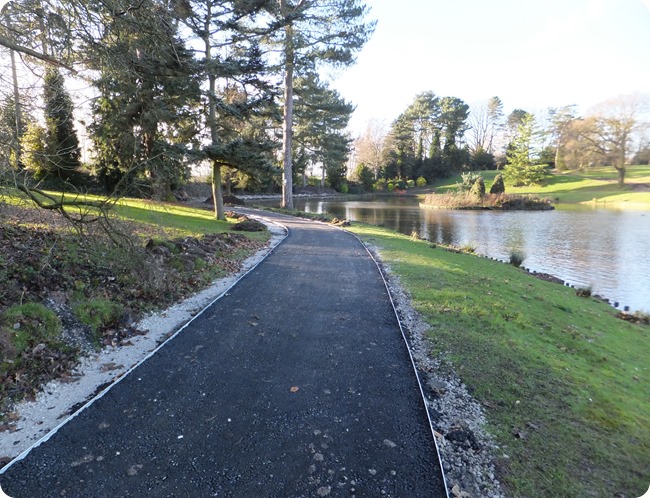 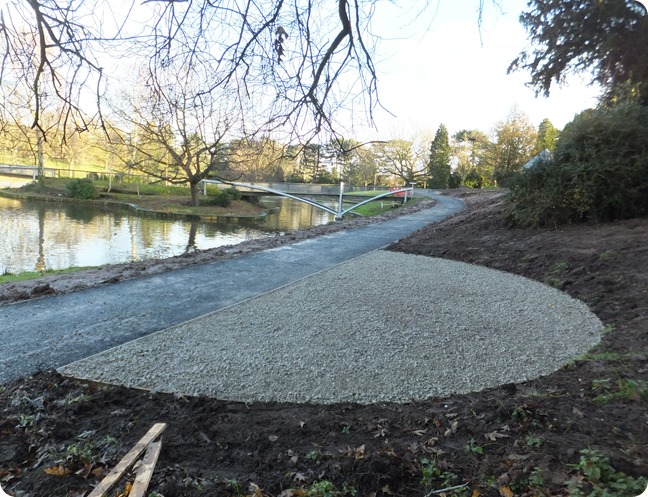 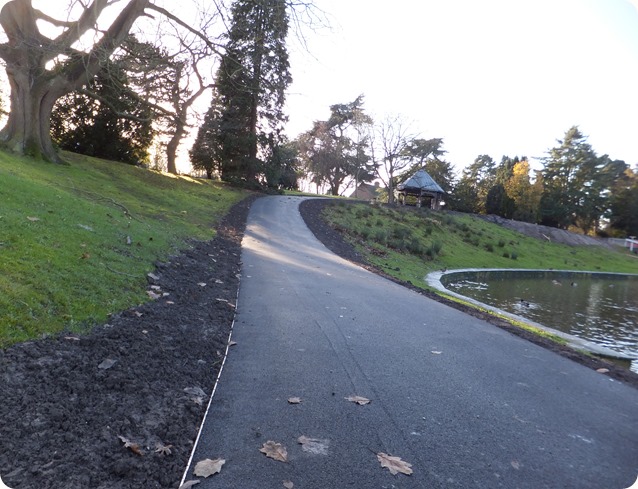 The other side (east) is now done just the path from the gate to the bridge is taking a long time as they are trying to reduce the hill. 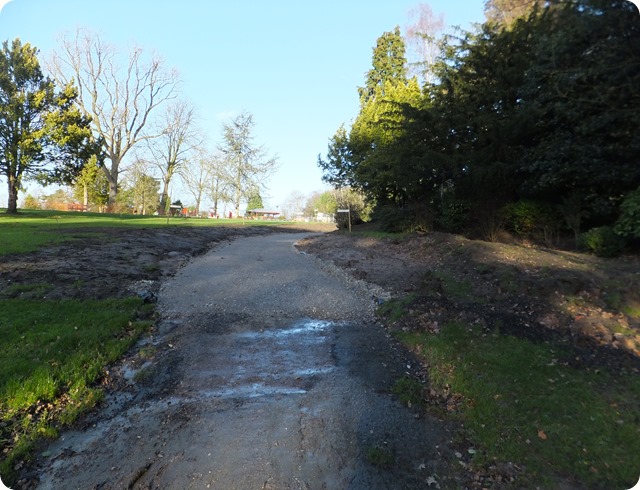 A few greylag geese are in the park this week 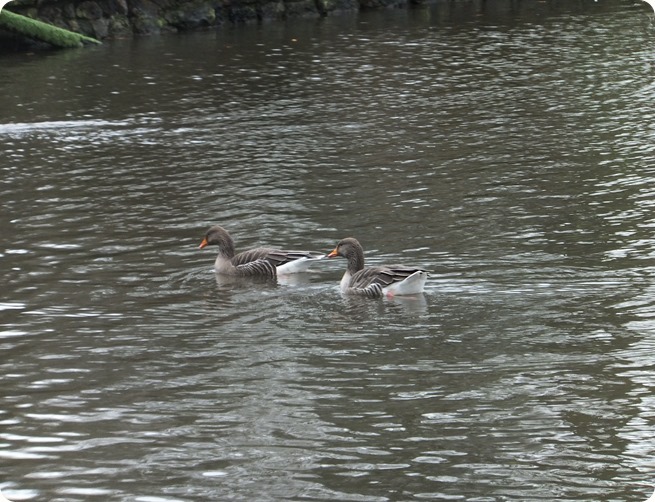