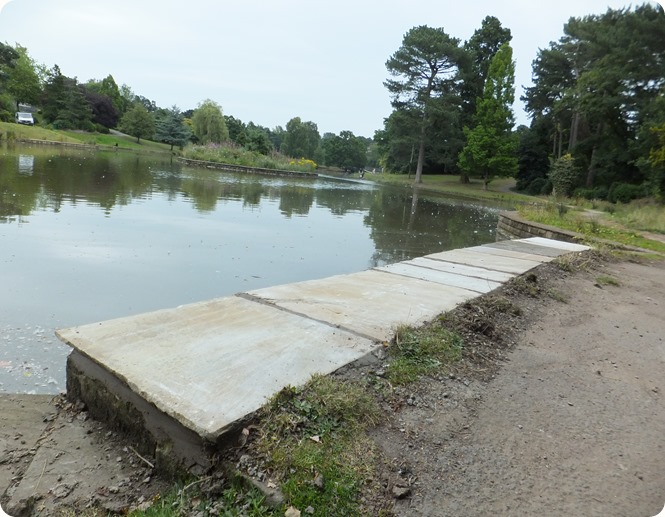 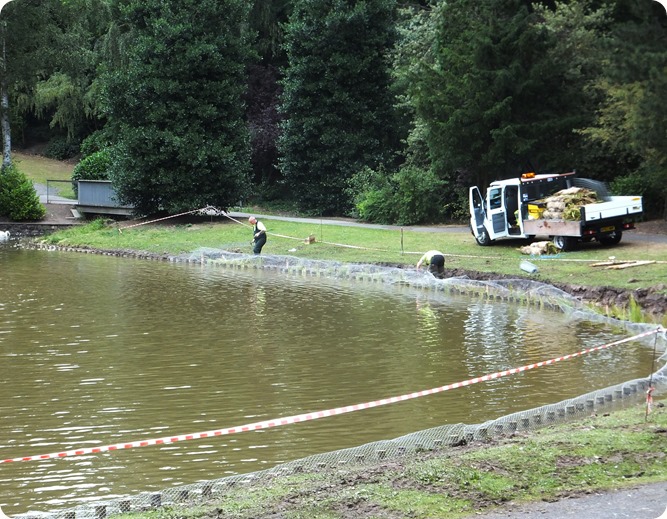 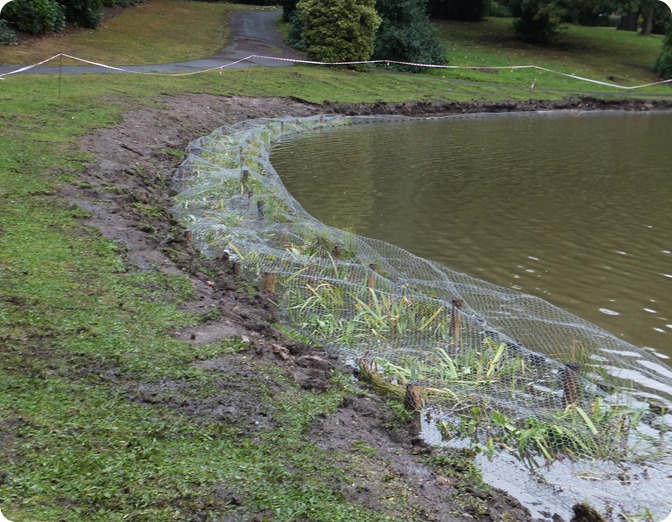 It doesn't make a lot of sense the plants are under netting there are two things wrong with that first there was netting before and a lot of wildlife got injured as they got caught in it and had their legs broken trying to get free. Second the width of the plants is greater than the size of the holes so they cant grow up or they will get shredded  if they intended to remove it in time you will end up pulling half the plants up stuck in the netting. If the plants are the correct type the ducks shouldn't eat them 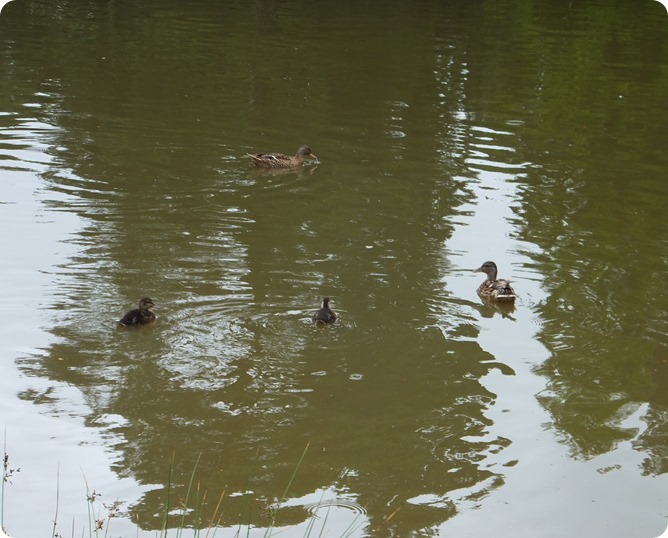 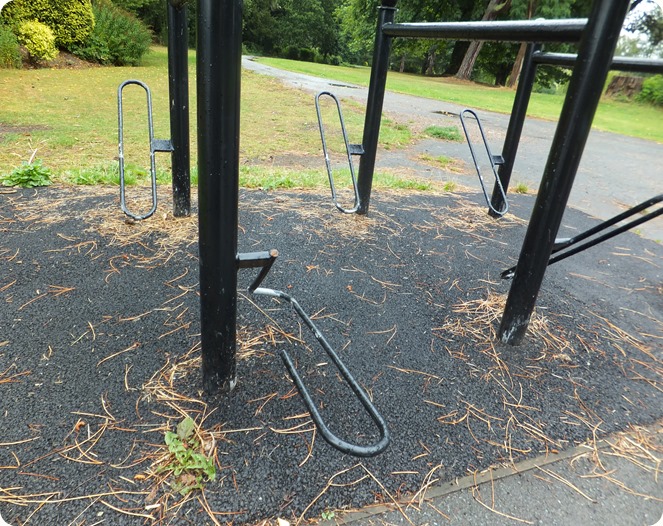 The cycle racks have been damaged vandal's or other?