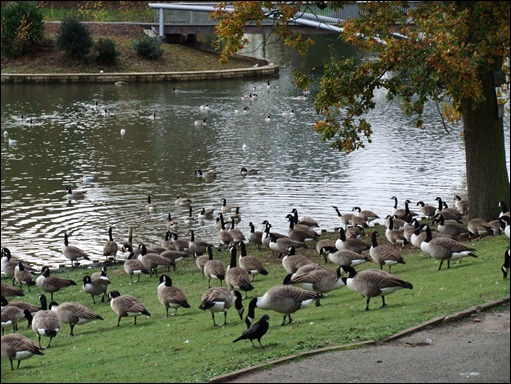 The Queens Park has been invaded by wildlife this week with what seems like hundreds of Canadian Geese there was so  many you couldnt see the grass in places for them a rough count suggest around 300 are in the park. 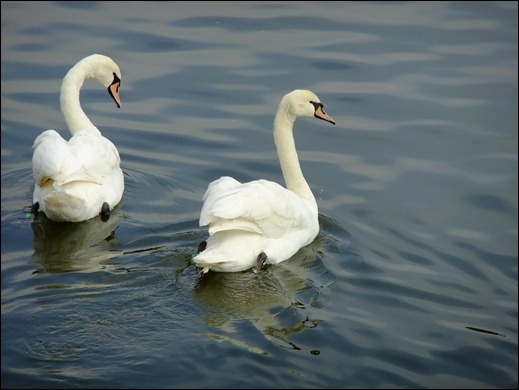 What has got everyone talking is the return of two swans that came back on Tuesday. They are very tame taking bread from peoples hands. Everyone is delighted to see them back again.. 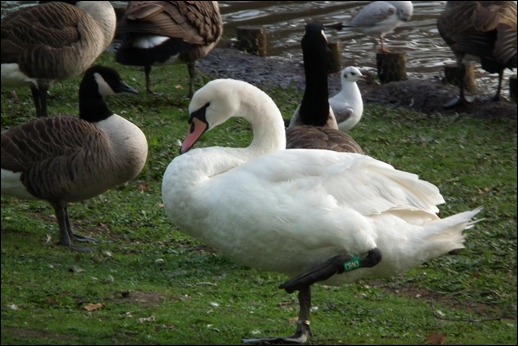 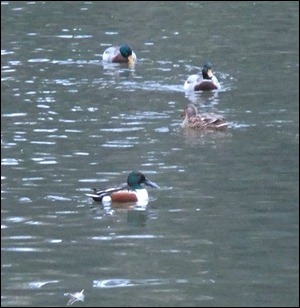 A Shovel duck made an appearance this week

Shovelers are surface feeing ducks with huge spatulate bills. Males have dark green heads, with white breasts and chestnut flanks. Females are mottled brown. In flight birds show patches of light blue and green on their wings. In the UK they breed in southern and eastern England, especially around the Ouse Washes, the Humber and the North Kent Marshes, and in much smaller numbers in Scotland and western parts of England. In winter, breeding birds move south, and are replaced by an influx of continental birds from further north. The UK is home to more than 20% of the NW European population, making it an Amber List species. 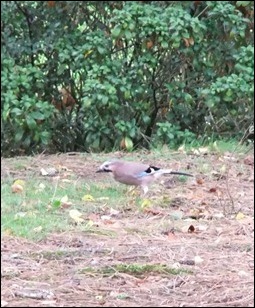 The Jay was seen out in pairs also this week but they are hard to spot as they move about quickly. 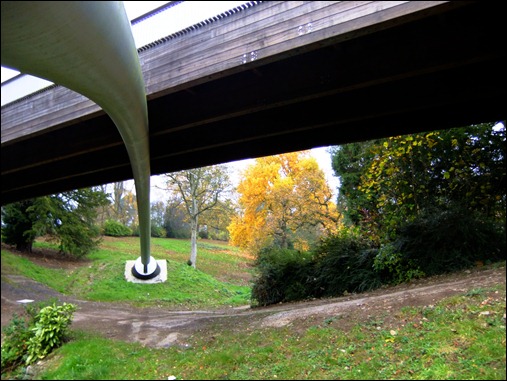 Some nice Autumn colour about this week this nice tree under the broadwalk bridge. 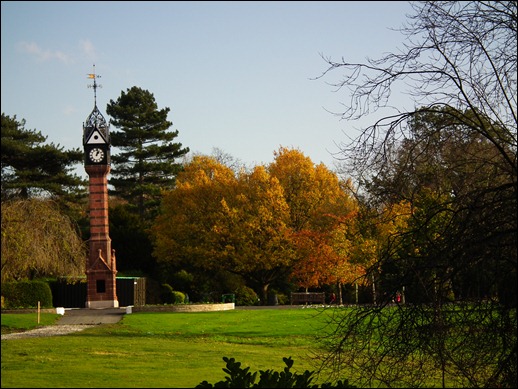