Park Wardens are to be a thing of the past as you can read below a reply to Brian Silvester. What this means is there will be no one to stop the vandals wrecking the park, no one to pick up rubbish and if someone has an accident the ambulance cant get into the park as the gates are locked.

Let us have your comments at the bottom of this post

Apologies for the slow response. As Phil has alluded to in his e-mail, with the reduction in the Council’s overall budget, changes to operations have been required of many services and this has meant that difficult decisions have had to be made. Along with grounds maintenance the  Greenspaces service has  also had to achieve significant savings  and unfortunately the loss of the park wardens along with a number of rangers through a staff restructure has been necessary . In  normal circumstances this is clearly not something we would have done. As part of the ongoing redevelopment within Queen’s Park we had planned to review the way that the park wardens worked,  we were considering making changes by converting the Wardens to Park Rangers and making their role far more positive and community focused. The objective being to help further stimulate the community activity in the park and thus displace the anti social, vandalism and misuse that are perpetrated by a minority of the local community. However as outlined above the need to make significant reductions to our expenditure prevents this at the present time.

As you know through the project work and support to the development of the Friends of Queen’s Park we are all committed to making this a success and our staff input is therefore still very significant. It is staffed at present with a Park Manager and four full time gardeners with an input from the Streetscape Area and Technical Teams to support the maintenance activities. The Park Manager has direct support from her team of 3 park management officers in the new structure and will receive support from the Council’s Countryside Ranger and Play teams to help with the delivery of activity programmes. The park buildings will be maintained by the Council’s Asset Management team. At the present time it is also our intention to retain the existing security company who I understand have been involved over a number of years in Queens Park including out of hours call outs, special events and other times as required.

The problems of misuse and abuse of the park are not new and have been continuous despite the presence of the Park Wardens. Cheshire East Council are committed to trying to resolve these issues  and are, despite the challenges, looking to find different approaches to do this. The Park Manager is engaged in forming a broad based partnership of organisations and the community that will join together with this as its core objective. It may take time to resolve what has become an entrenched problem but we believe that this is the only way forward. It has worked in other parks. To date we have met with the Police and other Partnership organisations twice and will continue to focus on this issue looking to make progress. In addition, with the appointment of operators of the café and the imminent reopening of the offices in the West Lodge there will be a regular presence in the park to further deter nuisance behaviour.

I understand that clearly there continues to be concern about this issue particularly given the current investment and positive work that is being done by the Friends of the Park but hopefully the above has explained that despite the budget challenges we fully intend to ensure that the benefit of this investment is realized for the local community of Crewe.

Fun Day at the park 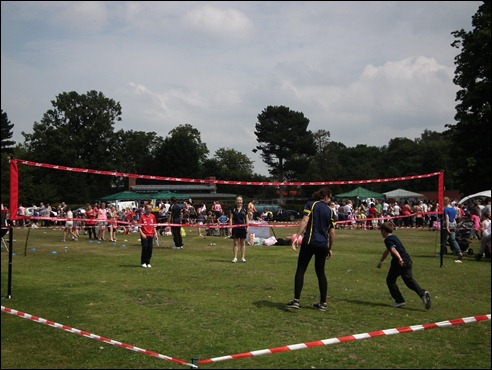 Wednesday saw the Queens Park packed for a fun day. There were more people than at the carnival enjoying the sunshine and the activities laid on Including the Zorb Balls and climbing walls. 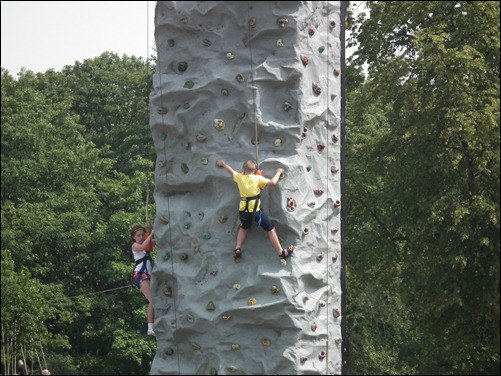 Even the Mayor turned up with his friend the Frog 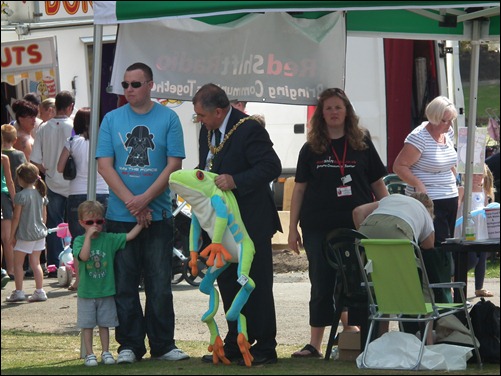 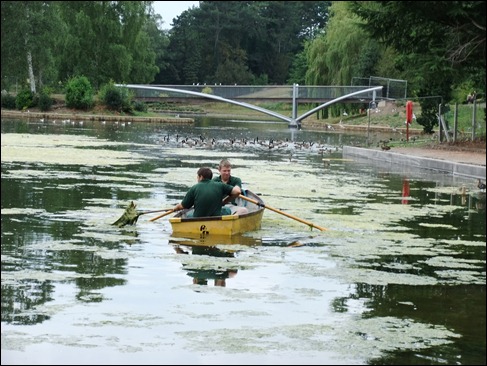 It was a brave effort but it was a cross between Big Brother and Fred Carnoes Circus and kept the crowds have. They have to go away and rethink the plan. 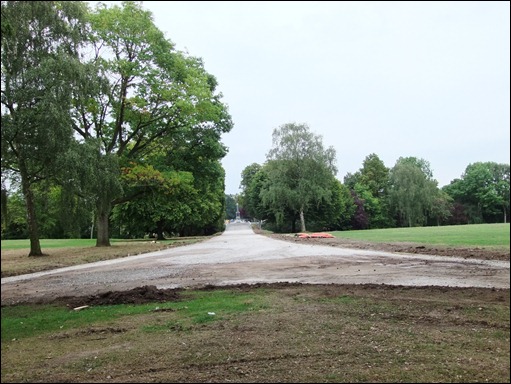 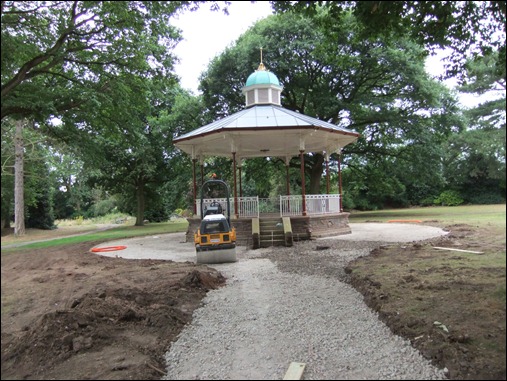