On Thursday there was a taster session for Fitness Walking and Nordic Walking Poles in the queens park. Its hoped that further sessions will take place later in the year. 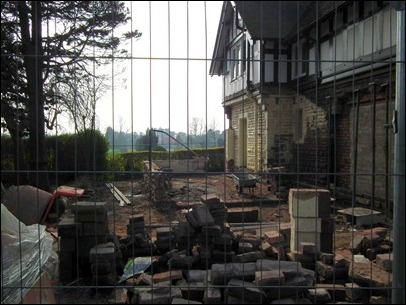 The work on the lodges continues as the rear of the east lodge is being removed as part of the restoration. 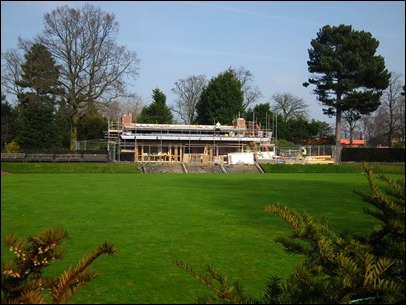 The bowls hut veranda is coming on and the second chimney is now visible its hoped the slates can go on the roof in the near future. 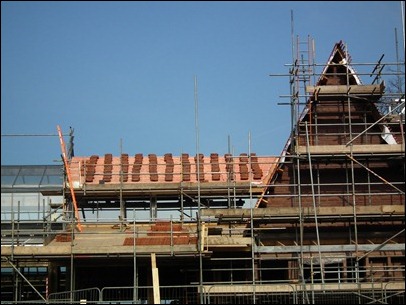 The cafe they are just starting to put the roof tiles on and the ends are now completed so you can see the sandstone effect coming alive now. If the weather hold I would imagine the roof will be near completion next week