The year started with the CEC working near badger without a licence which saw the job stopped by the Police. They then claimed they had put cameras down and proved the badgers had gone.

But our expert who came from Surrey to survey who had 30 years experience with badgers said that were still there.

Work went head as a result of the camera evidence but after 12 months of CEC refusing a FOI act request the ICO has got the reports.

Please see the following response issued to the ICO in respect of video footage:

•             Confirmation of whether the council holds any video footage in relation to this request.

As the surveys have indicated, motion sensor cameras were erected to film the setts. The cameras were not activated. Therefore, Cheshire East Council does not hold any video footage in relation to this request.

I trust that this clarifies this point in respect of the video footage.

The strange thing is if there were cameras why didnt our expert see them and why didnt they capture her or other badger members?

Deadly trees were reported in February and despite many more reports and an article in the local paper no attempt has been made to make over 100 branch's safe the leader of the council Cllr Bailey refuses to even reply to complaints. I have presented photo evidence of branch's that have fallen which would kill if anyone was under it 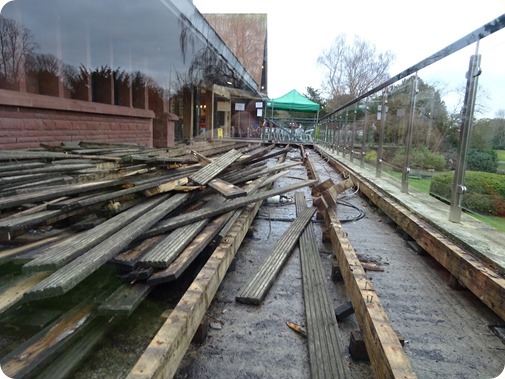 December and snow fills the park