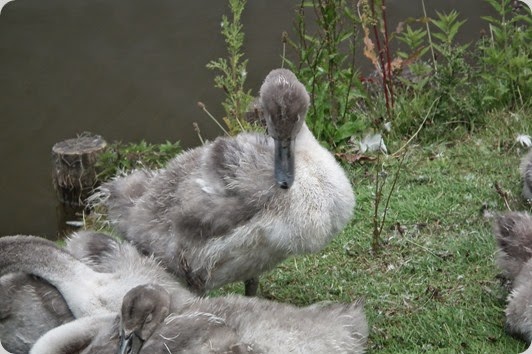 Today volunteers from Queens Park Wildlife Conservation mounted a rescue of the injured cygnet and many turned up to keep an eye on it while waiting for the RSPCA. Most of the day members have been on the phone trying to get help for it. The RSPCA turned up later in the day and helped by volunteers who are known to the swans it was captured and taken away to Stapley as it was in to bad of a state to leave. What shocked a lot of people was that this was all done by volunteers while management who get paid to do the job by CEC did nothing. Its there job to take action on injured swans and give a swan in distress caused by fishermen top priority.