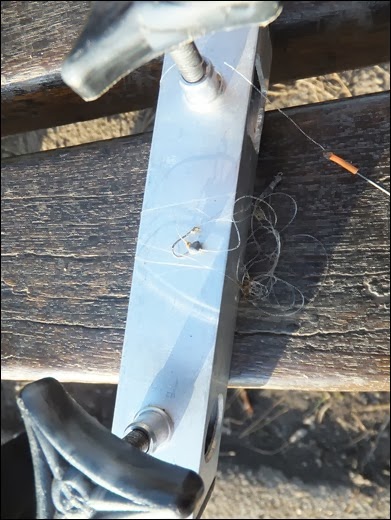 Above discarded line hook and junk

So much for responsible anglers less  than two week and now we have discarded fishing line and hook in a dogs foot next time it could be a baby. Wait until summer when there will be lots fishing its going to be unsafe to visit half of the park 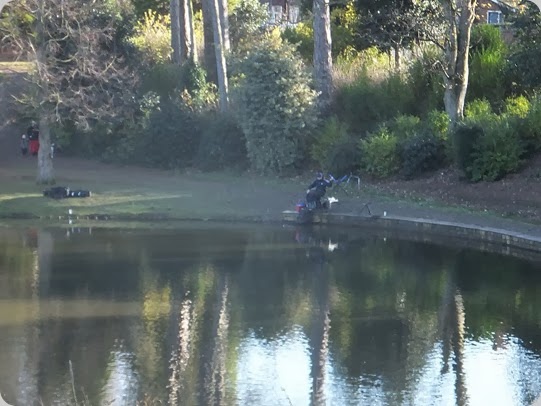 Above we can see the Council are still failing in their duty of care and H&S note the fisherman blocking the very dangerous path with his rod and other rubbish and the women coming with the young child wanting to get past. The council have been told of the danger of the 3 pegs located at the end of the lake as the path is only 2 feet wide and like a skating rink but still they take no action. Even when there are new paths it will still be dangerous as people are using 25 ft poles all the  time 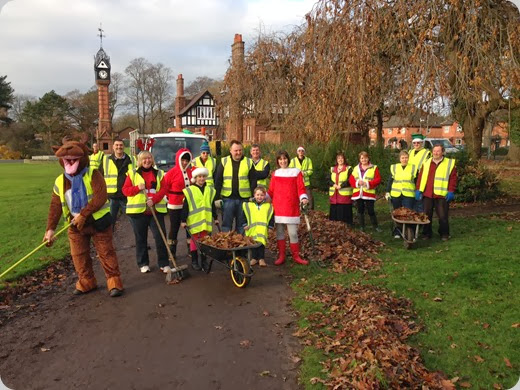 Some of the group arrived in festive costumes, including one of Santa’s over-sized reindeer called Dancer!

The autumn leaves were brushed away and new bird boxes were positioned around the park ahead of winter.

The ANTs (Actions Not Talk) have completed a number of projects during the year and were rewarded with a Christmas buffet and mulled wine in the Pickle Jar café.

The next working weekend is planned for Sunday 26 January 2014. For more information, contact queensparkants@hotmail.com for details about getting involved.