Aims and Objectives
To promote the restoration (i,) capturing Queens Park’s Victorian splendour, conservation and enhancement of Queens Park in Crewe, for the benefit of residents, visitors, wildlife and fish. We believe that this is not met if fishing goes ahead as the majority don’t want it and its clear its not in the interest of Wildlife.

represent the views of the residents of Crewe and other regions of the Cheshire East Council, in matters concerning the Park, This isn’t being met as the fishing wasn’t agreed by the committee and residents view were not sought on this matter. Its interesting that Cllr M Grant stated today she is having nothing to do with fishing, I hope she will then resign as a cllr as she is paid to put residents views forward the fact she comes in the park with her own dog never on a lead setting a fine example to others has been raised before.

The Committee
The ‘Core/Officers’ Committee shall consist of a Chairperson, Secretary, Fund Raising Officer, Treasurer and Parks Manager and any other such Officers as the Friends of the Park group may from time to time decide. Another big one as mins from the last meeting show that ANTS and Fishing are now part of this but FRIENDS were not given an option to vote on this so that is dictatorship not democracy. As the constitution hasn’t been followed in creating the fishing club it must be considered as null and void.

ANGLING
Several meeting have taken place with Angling Clubs. As a result, an independent QP
Angling Club is to be established by January 2014.
The group will be affiliated into the Friends Constitution – likewise the ANTs.
Activities’ will include Youth sessions and initiatives to care and improve the waters and wildlife/fowl. 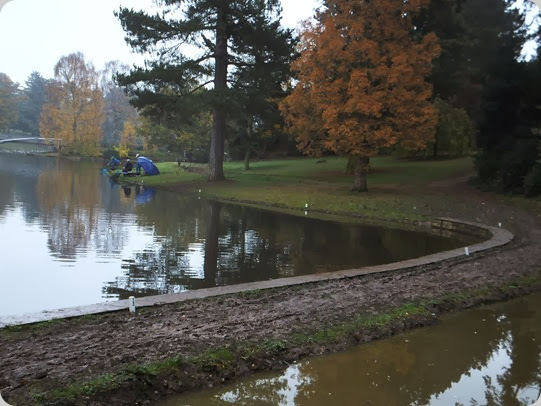 Above who thinks this is safe the fishing pegs are in an area less than 2 ft wide that is passable so how can anyone safely walk around the lake? 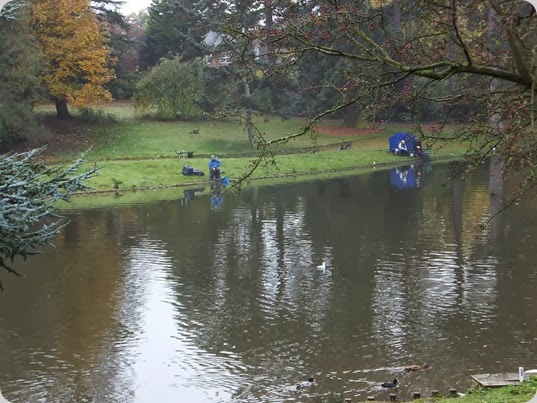 There has been no progress on the fishing and the council and other officials are refusing to say who agreed to the fishing club so we have put in a Freedom of Information request which by law they must answer. Things have got worse as the pegs have now gone in and its clear that they must be brain dead to put them were they have in the picture you can see they are on the muddy path less than 2 feet wide at the bottom of the lake. So once they fish there it will be impassable and dangerous to anyone who try’s. They have put some near the bridge and this is the main swim for all wildlife and therefore not safe for wildlife fortunately the Environmental Agency can take action on this as the park has had wildlife hooked before its considered a blackspot area and they can come in at anyone request and check the pegs don’t cover any swims and if they do they can remove the pegs. This can be changed at any time as new wildlife come in the park or start a nest.

The park and club must carry out a risk assessment and they demonstrate by the placement of the pegs that this isn’t the case as its clear its dangerous.

Risk assessment  standard practice   across most councils in the uk include no under 16 year old cant fish alone and must  have an adult present at all times,

RISK OF INJURY: e.g. stings and bites from insects attracted to water and bait.  Stings from plants etc. Poisonous plants.  Therefore a registered first aider should be on site when anyone is fishing.  Life Belts are not present in the park so they should be provided in case of anyone falling in the lake.

They must have emergency procedure in place if wildlife get hooked up and display the phone number to contact if this happens if it’s a protected bird like Grebe or Swan a fine may ensue and its not clear if the club or the fishermen will be fined, Does the club have insurance is a good question? The procedure is to cut the line to prevent injury so will there be knives in the park as well?

Most clubs have rules like no keep nets, landing nets must be used, no rods to be left unattended, no blocking of footpaths, no ground bait and restriction on the bate used in case it poisons wildlife.