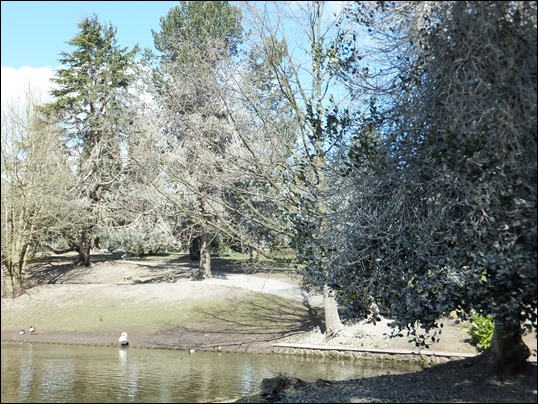 The destruction continues in the park with the starling still roosting and making a right mess. You can see the trees near the bottom of the lake are white with mess and its feared some of these trees may not recover from the onslaught. The dropping are a major problem with the smell and making the paths slippery but there is little to be done until they move on. 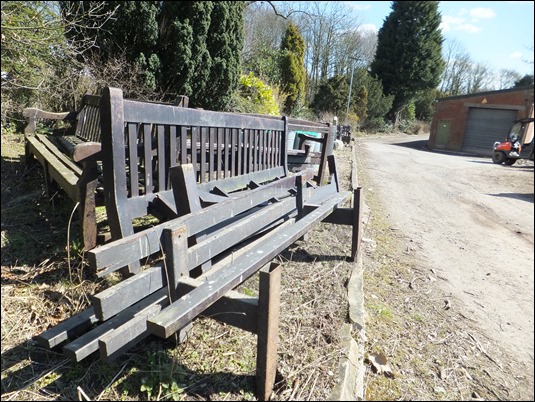 Over the week end the destruction continued in another form as vandals climbed on the cafe and bowls hut roofs pulling off lightening conductors and then proceeded to smash up one of the oldest bench's in the park and making  a mess of the bowling green while doing it. The bench is past repair if anyone has any information please contact the Police

I was wondering what the terrible smell was in the park. I thought that the trees were diseased. Thank you for the update. Sarah