New Wildlife at the park 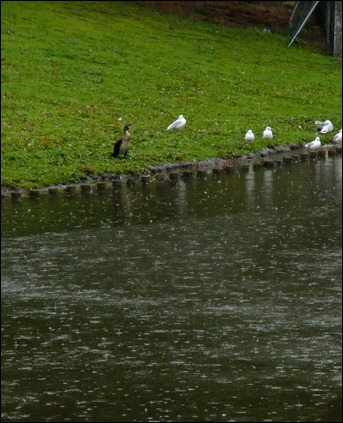 Some surprise visitor to the parks wild life this week first the had the cormorant pear this week its not a very good picture as you can see it was throwing it down.

A large and conspicuous waterbird, the cormorant has an almost primitive appearance with its long neck making it appear almost reptilian. It is often seen standing with its wings held out to dry. Regarded by some as black, sinister and greedy, cormorants are supreme fishers which can bring them into conflict with anglers and they have been persecuted in the past. The UK holds internationally important wintering numbers. It has been seen a few days fishing in the lake 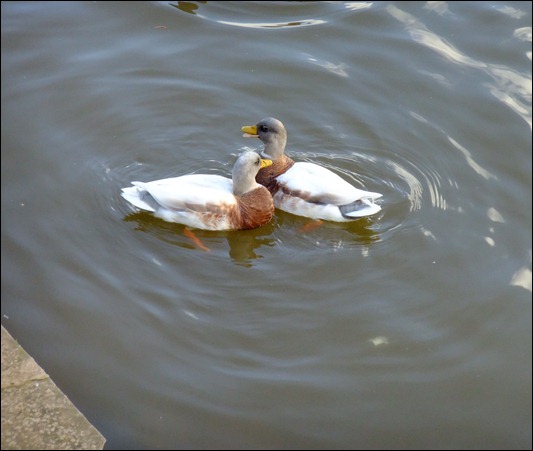 The Abacot Ranger duck   was originally produced in the UK, was even described in Feathered World's 'Ducks' (1926) - and then disappeared from the UK record. Fortunately for this attractive breed, the Germans developed the 'silver wild-colour' to perfection and maintained the Abacot Ranger or Streicher as a popular breed on the continent until its re-discovery as a distinctive breed in the UK in the 1980s.The ducks are particularly attractive. They have a 'hood' of fawn-buff feathers  (hence the name 'hooded ranger') and a creamy white body beautifully streaked and marked with colour. Like their relatives - the Campbells and Harlequins - they are very good layers. These two appeared this week and are very tame and will eat out your hand.

Autumn roles on and the first tree by the lake is now dropping leaves like mad and other trees are changing colour fast so winter is on its way. Having said that Today Sunday has been lovely as the son was out and you didnt need a coat or a brolly 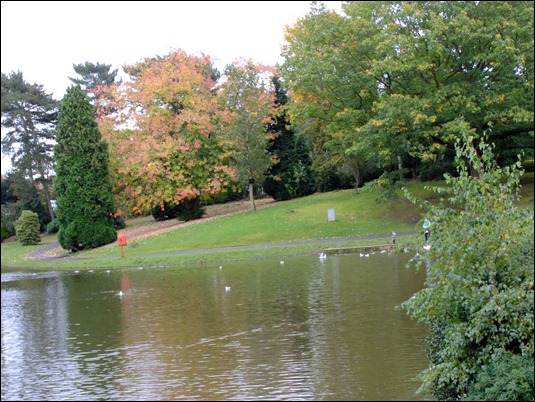