Something Fishy at the Queens Park 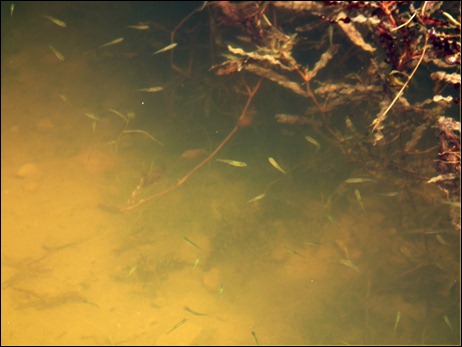 Some time ago we reported over a 1000 fish were put into the lake but this is the first time we have been able to see some of them they are as yet very small well the ones that have been seen anyway. 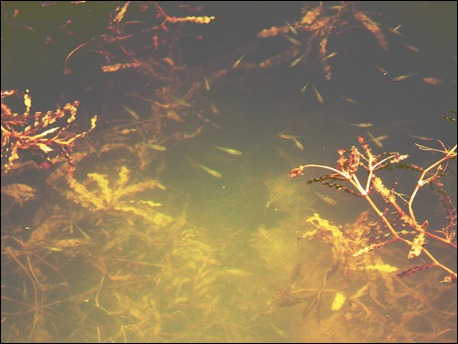 They seem to love the weeds which looks a mess in the lake but its actual aerating the water and the ducks love it. 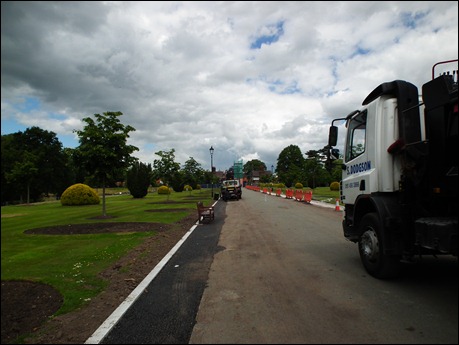 The main drive edging one side has now been done and work on the other side is well under way. The edging is granite and will look very nice once its all done. 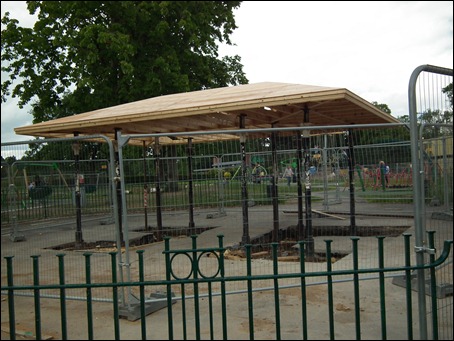 The Hut on the new play area is getting under way with the roof on. 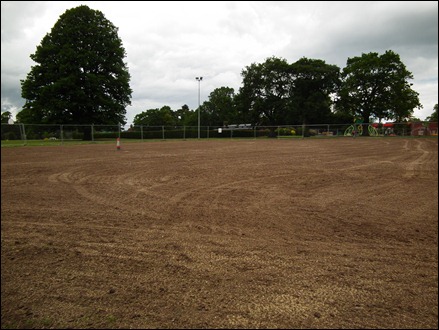 and the old play area has now been levelled and seeded over and will soon be a nice grass area.

On the south side the Monkey hut is being rebuilt 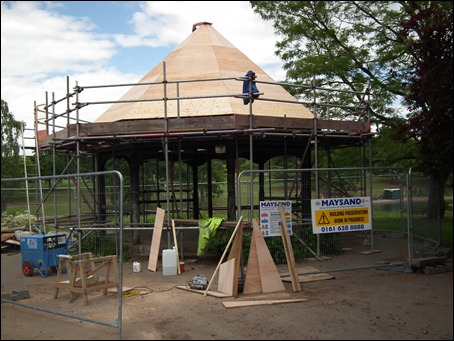 The hut was dedicated to Charles Dick centre

ERECTED IN MEMORY OF

His career shows how a man of humble background,

may, by energy, perseverance, and intelligence,

rise to a position of influence in the community. 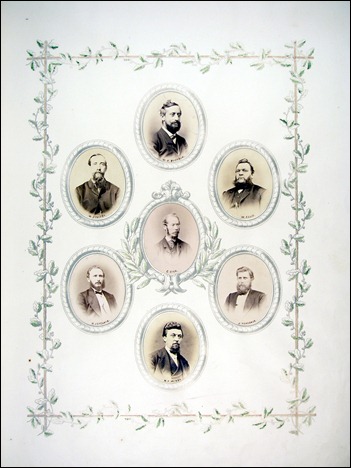 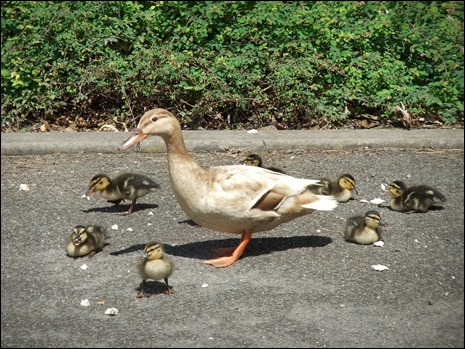 Another duck was out and about showing off her new family this week. There has been a lot of babies this time. What was shocking that as myself and another lady stood feeding the babies a child of about 3-4 years old came up and tried to kick the babies as his mother stood there saying nothing. Its surprising how many parents let their children chase the poor baby ducks. It a sad reflection on society were people have no respect for wildlife and what will these children grow up to become if parents allow it? If you see it contact the Park staff this again highlights the need for Park Wardens