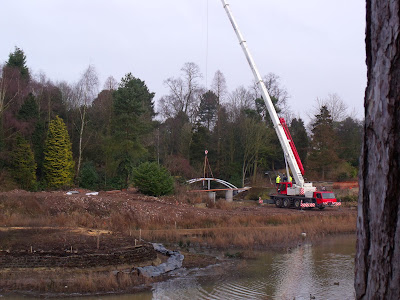 The second bridge arrived at the park today. It taken all week to lay over 800 tons of hardcore in order to get the crane and bridge on site with over 300 tons just for the crane. Its not the biggest bridge but as it has steep paths to it there was difficulty getting a massive lorry and crane down to the site.

It started at about 11 o'clock when the steel work came first and was lifted into place as we all held our breath. As it was built off site and the tolerance was in millimeters would it fit? Well it was perfect right down to the bolt holes. The steel had struts on it so two parts could be lifted at once. It took to about 1:30 to bolt the steel in place.

The bridge then came on site being reversed down a steep hill on a big lorry this was a good bit of driving on the drivers part with only inches to spare. The bridge was split into two parts and lifted into place with no problems. It gives a good idea of what the new bridges will look like when its all finished. The next bridges for Burma Island are expected about 17th March 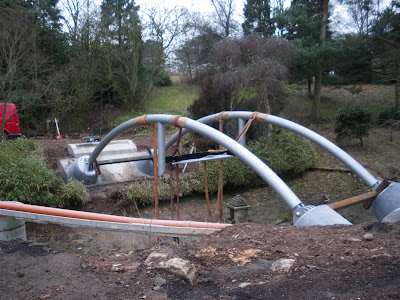 The steel structure in place waiting fro the bridge 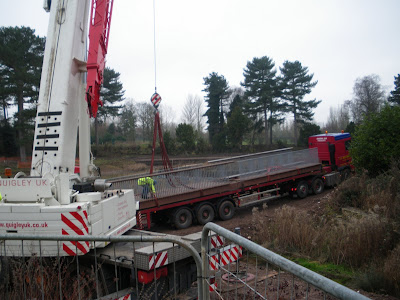 The bridge arrives on the lorry ready to be lifted 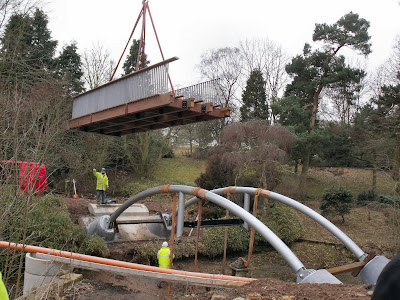 The first section being lifted into place 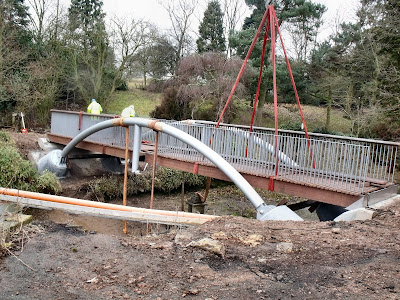 The second section is lowered spot on 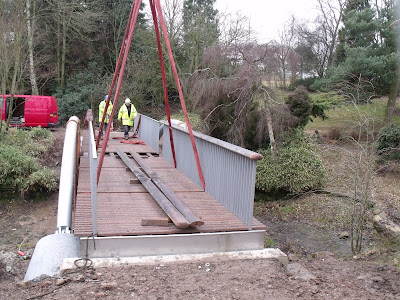 The bridge complete with just some boards to go on it. 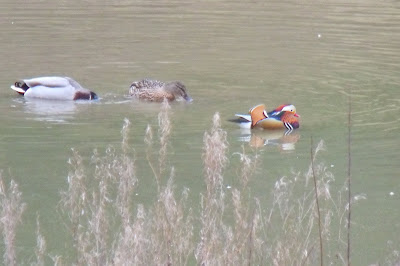 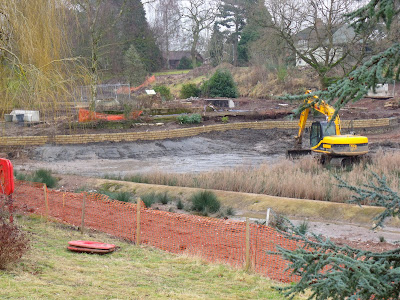 Work was also going on around Burma Island to build up the base to the new wall the new coping stones for the lake walls are expected next week when there will be lots of bricklayers on site to get them laid
Posted by Jan Wright at 11:27 PM