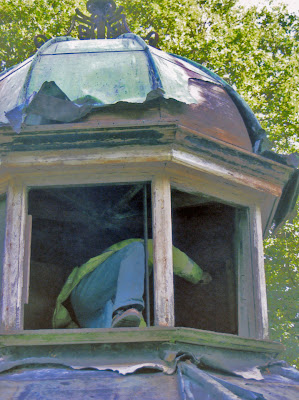 Lost Arts the people who are rebuilding the band stand have provided us with some pictures of the work and band stand. Above you can see the state of the roof and dome before they started 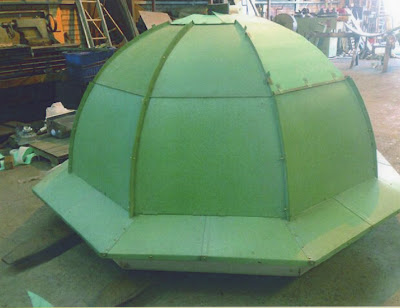 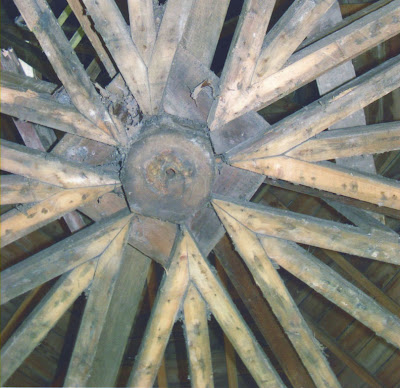 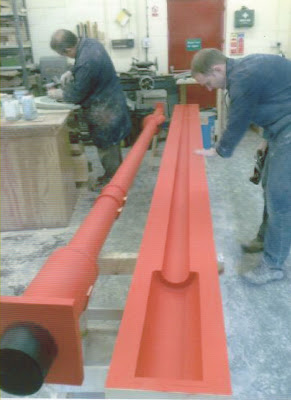 The main cast post that hold up the bandstand have been removed and some were rotten as water runs down the middle of them and this had blocked so they filled with water. A mold has been made so new one can be cast 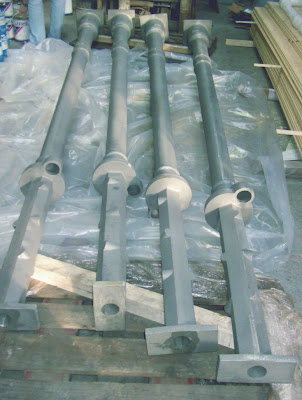 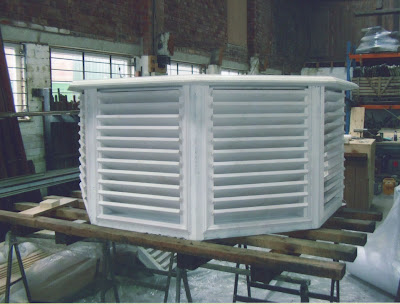 The vents from the top of the band stand have all been renewed and spaces have been left for the Bats to come back in as bats were living in the top in the past. All approved by the Bat conservation society 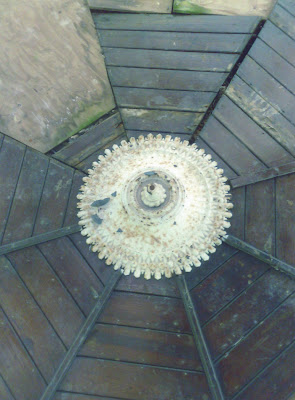 The ceiling rose which has been repaired 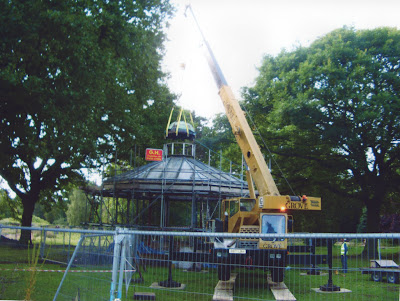 Finally the top of the bandstand being removed by a crane to be repaired
Posted by Jan Wright at 12:22 AM