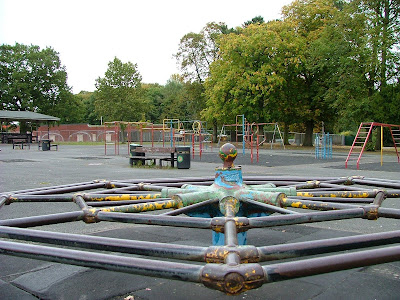 The new contractor has taken over the lake refurbishment and everyone is disappointed they cant see any visible signs of action after a week. The Wrekin signs are still in place and it was hoped they would have been removed by now.

Over on Facebook a group of over a 1,200 has formed complaining about the park. This follows reports in the local paper of the state of the play area which was highlighted at the Stack holders meeting. To give everyone time the next meeting which will be the first for the Friends of the Park is on at Queens Park Cafe, Crewe
Tuesday, October 20 at 4:00pm and if everyone turns up from Facebook the park will be full. It promises to be a lively meeting with complaints about the elections of officers for the friends of the park as there was no vote taken just a proposer and seconder 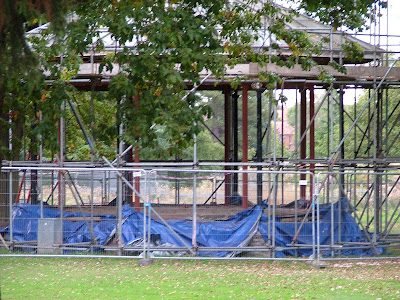 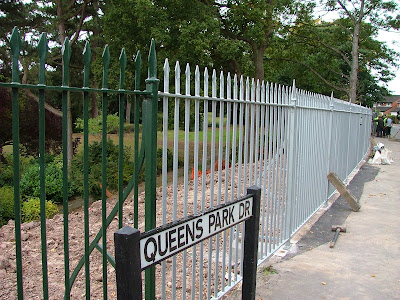 The final major part of the railings took place last week and now all the major work is done its just down to little bits left to be done which are waiting on other projects
Posted by Jan Wright at 11:01 PM