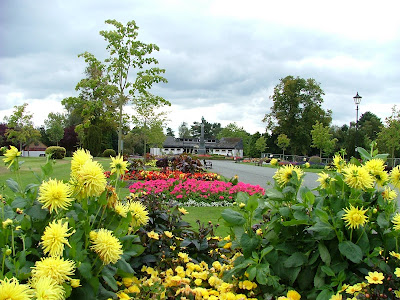 The last Stakeholder meeting took place at the Queens Park Yesterday Tuesday 15th September. It was a long meeting going on from 6 o’clock to 8 o’clock with a good turn out. So much was discussed but the main points were.

The first was the election for officers for the new Friends of the Queens Park which will now take over from the Stakeholders and will develop the park and generally see the park through the restoration and beyond. Anyone who want to join and its open to everyone should contact
Elaine Dodd
Queens Park Manager
Tel: 01270 537896.

The second most important item which everyone wants to know is the new contractor is Tolent Construction and there website is http://www.tolent.co.uk/. The officers explained that lots of checks and safeguards were in place to ensure they didn’t fail us like Wrekin did. There are penalty clauses and deposits to ensure the work is done correctly and on time. They should be on site by next week and we hope we can see some action very soon; they will be doing the bridges, lake etc. 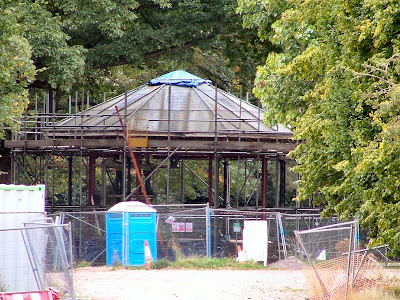 We then had a slide show of the work that had been done so far which included the work already done on the lake with part of the wall around the lake already done along with footing for the bridges etc. The banking along Victoria Ave is finished with a smoother transition to Coronation Walk and in doing this a lot of the mud from by the bandstand has been moved and the area cleared. Other work was the band stand which is on the main site here . 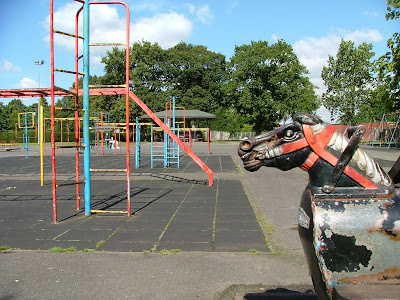 Concern was expressed at the state of the child play area and it was planned this would be one of the last things done as it would be getting a lot of traffic with other work. They did promise to relook at this due to the complaints about the area and maybe this can be brought forward.

Plans are being drawn up for the pavilion, bowling green and the lodges and should be available at the next meeting. The lodges will be used for park admin and possibly for education purposes which may contain a mini museum showing the history of the park. The current occupant of the east lodge is leaving soon after being there over 40 years.

It was hoped a major event could be organized for a grand opening of the park in may 2011 and this would be a large scale event to promote the park
Posted by Jan Wright at 11:41 PM