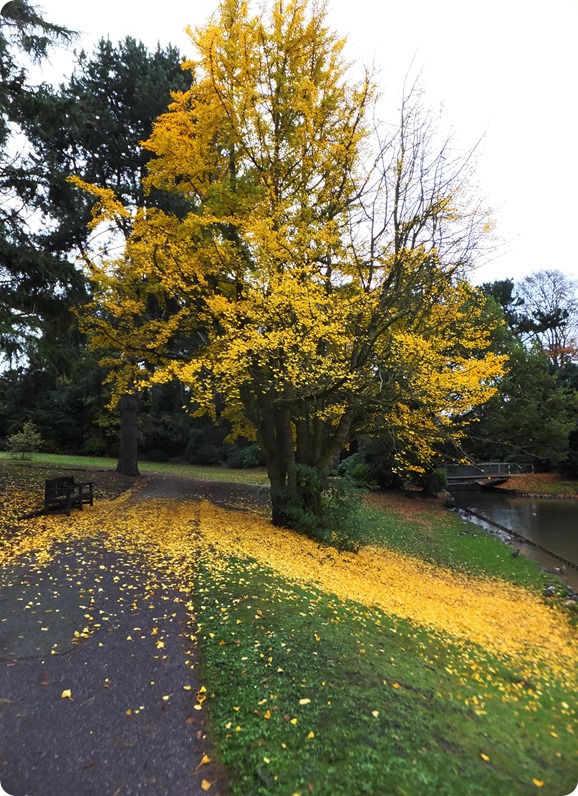 Lovely yellow tree this week but how long will these trees survive? The paths restoration started this week and people were shocked that all that's happens is lot of 50 year old healthy trees have been felled spoiling the design of the park 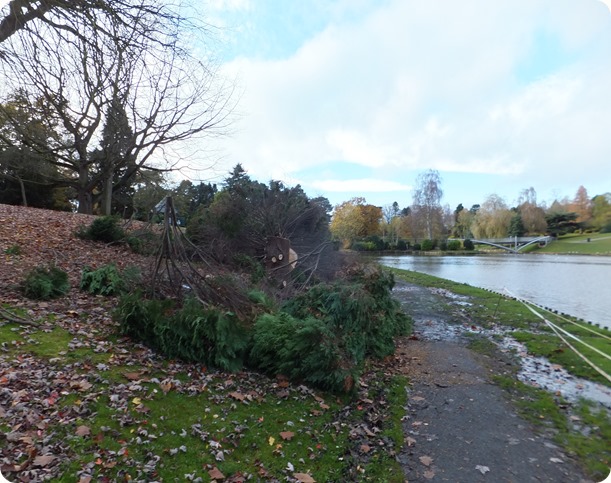 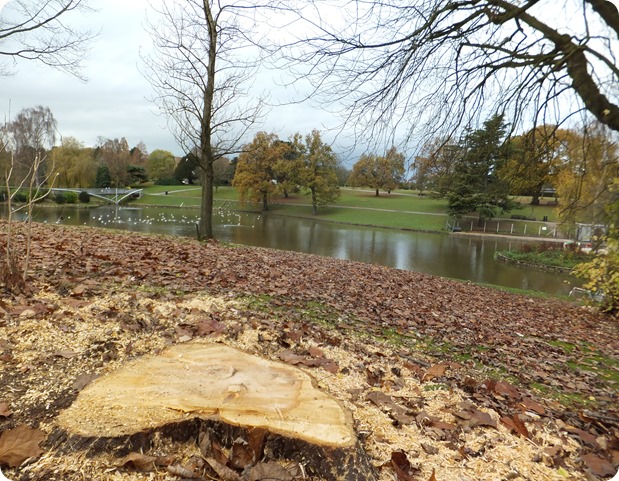 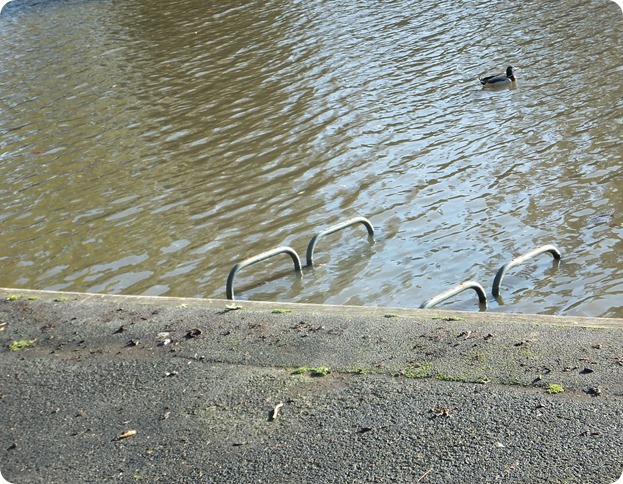 Above new perch for ducks or vandal's throwing seats into the lake?

A Bonfire and Firework Spectacular took place on Thursday 5th November 2015 at Queens Park in Crewe.

The event was organised by Crewe and Nantwich Lions Club https://www.facebook.com/CreweAndNantwichLionsClub .

The fireworks were supplied and choreographed by Blitz Fireworks - http://www.blitzfireworks.com/ - of Crewe.

The park gates were opened at 5pm, the bonfire was lit at 7pm and the fireworks started shortly after 8pm.

The clouds parted just in time and the crowd were treated to a fifteen minute firework display based around Disney’s ‘Frozen’ movie culminating with the song Let It Go.

There were also amusement rides and refreshments. The event was enjoyed by thousands of people.

All funds raised are distributed by Crewe and Nantwich Lions Club into the local community to help local groups and charities. 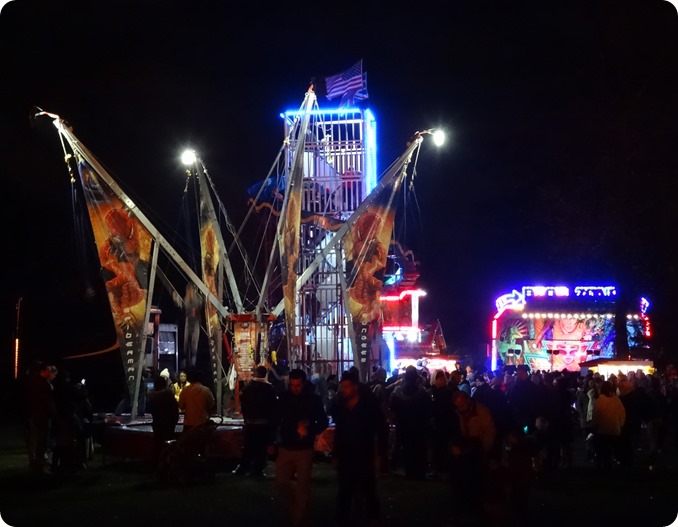 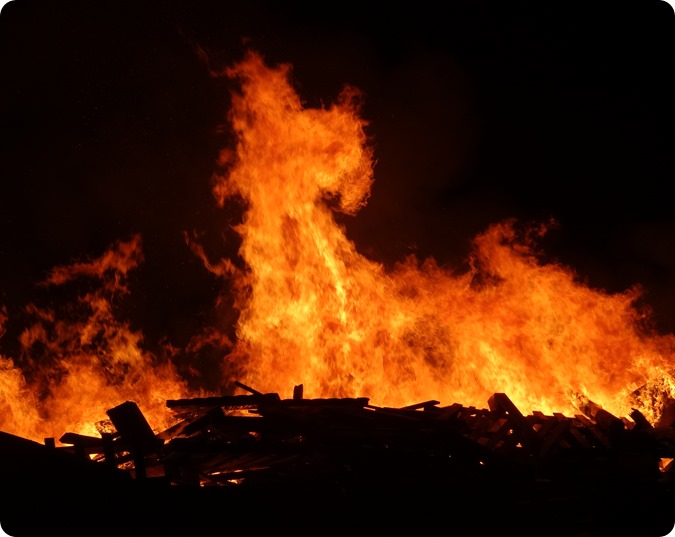 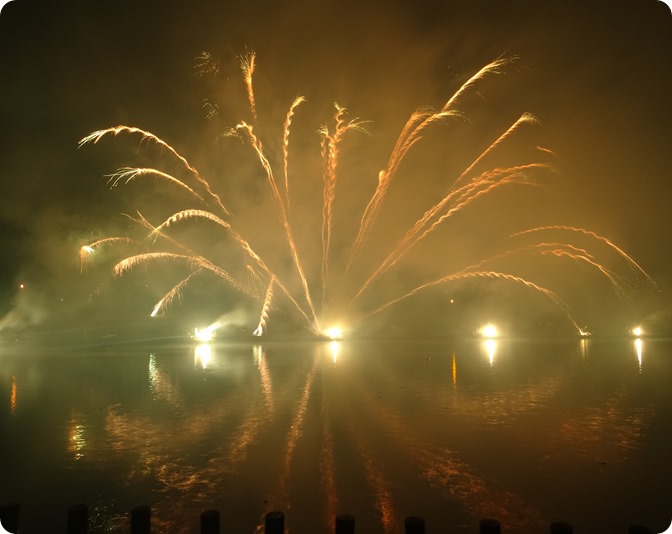 A mass ‘sleeping rough’ event has taken place at Queens Park in Crewe from the evening of Thursday 12th November to the morning of Friday 13th November 2015.

It is the second year running that the ‘sleep out’ has been held at Queens Park and twice as many people took part this year. Participants could bring a sleeping bag along with materials to build a shelter, such as a tarpaulin, string and cardboard.

The event is part of a calendar of events to recognise children’s rights during November Children’s Rights Month. This is an initiative of the Cheshire East Participation Network, a partnership of all agencies and services who work with children and young people, and is coordinated by The Children’s Society.

Amanda Greenwood, The Children's Society’s Cheshire Participation Services Coordinator, said, "This event will highlight every child's right to have a safe place to live and a safe home. We are trying to emphasise the stresses and difficulties of children and young people who have to sleep rough. All proceeds from this event will go to the BBC's Children In Need appeal." 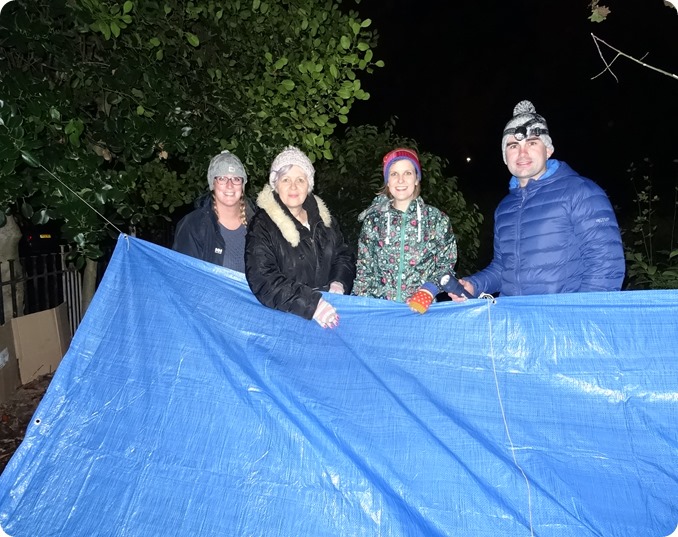 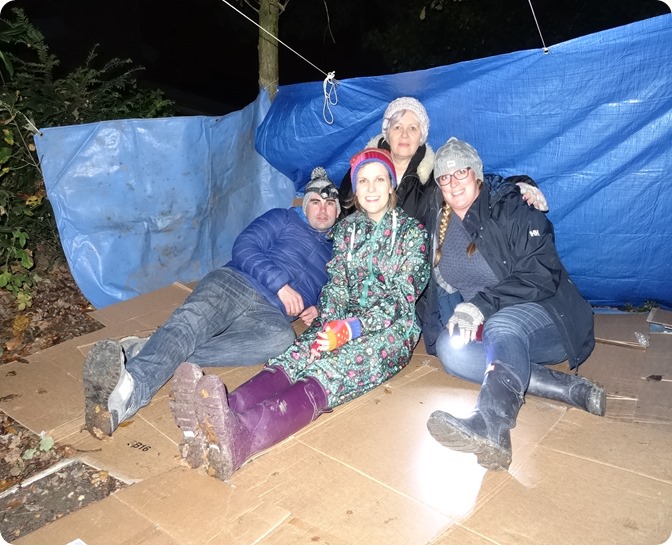