New Tufted Duck in the Park 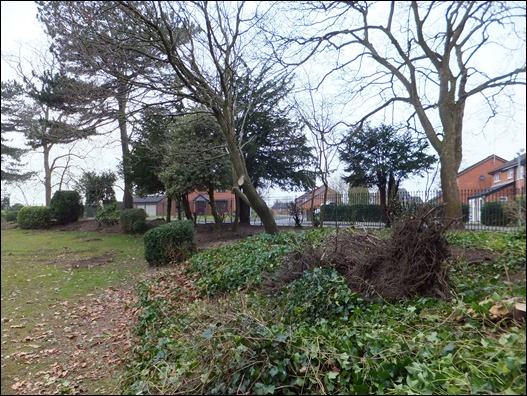 The gardeners have been giving the shrubs some stick all over the park and having a good clean up and cutting back getting rid of a lot of dead stuff and making it tidy. 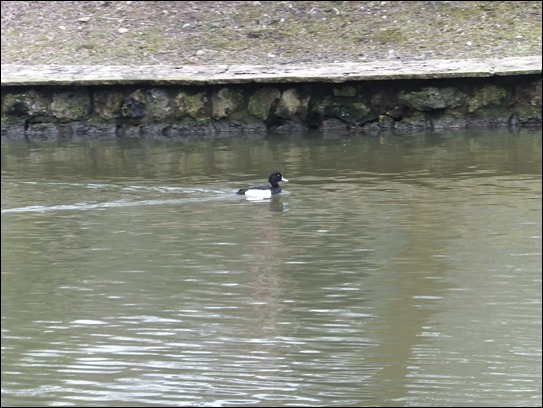 The tufted duck is a medium-sized diving duck, smaller than a mallard. It is black on the head, neck, breast and back and white on the sides. It has a small crest and a yellow eye. In flight it shows an obvious white stripe across the back of the wing. It breeds in the UK across lowland areas of England, Scotland and Ireland, but less commonly in Wales, with most birds being residents. Numbers increase in the UK in winter because of birds moving to the UK from Iceland and northern Europe.

Found across the UK at most times of year. Look in suitable habitat such as a local reservoir, gravel pit or lake.

Molluscs, insects and some plants.

There was a male mid week and he brought his mate later in the week. 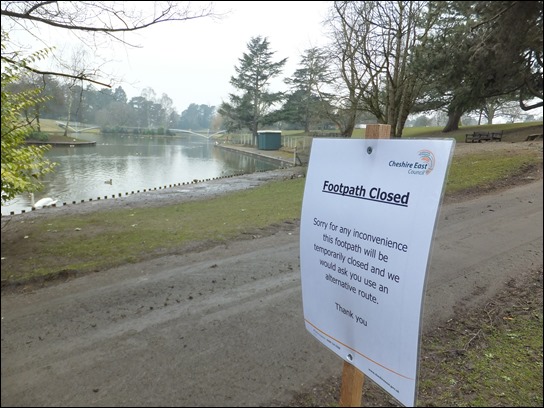 The starling are still being a problem and the footpath by the lake has been closes due to the mess. Its a loosing battle as it was cleaned Sunday but Monday it was bad again. Lets hope they soon move on as the smell is really bad.

Is the work being undertaken to the shrubs any good or just another brutal hatchet job we've seen inflicted too often on the park? I'm betting that in a few months or years time the areas will, like so much of the park, still look scarred as if a policy of slash and burn is the standard operating procedure for anybody doing anything to QP. I realise the park was in a mess thanks to years of neglect, but after years of work it's not only still a mess but become an embarrassing joke.

Well done to the gardeners, there were only 3 of them tackling Queens Park Drive and they have done an excellent job, it looks fantastic from the outside, I hope they carry this on around the perimeter of the park as it looks so much more inviting from the outside and a more secure place to walk with out all the overgrown vegtiation, which i dont think has been touched for a very long time.

A job well done, keep up the good work