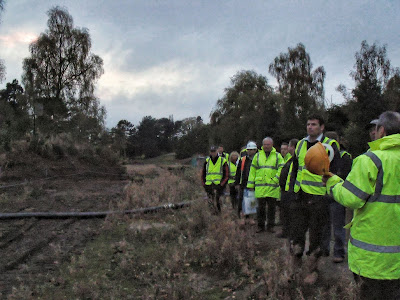 The first meeting of the Friends of Queens Park which has taken over from the Stakeholder took place on Tuesday night with a trip around the park to see the progress led by Ian Bright, from EBM consultants. A lot turned up despite the bad weather and darkness. 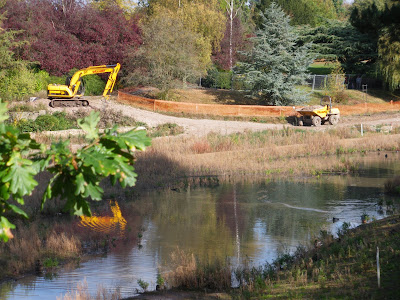 We were shown the new roadway being built by the lake as a temporary measure so heavy machinery can move about the park such as diggers and cranes. 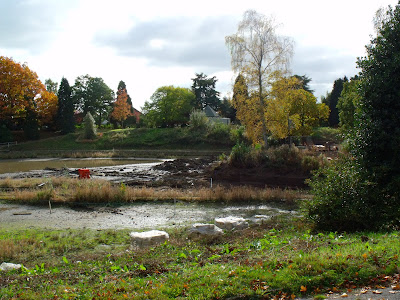 A lot of work has been done on Burma Island and half of the island has been removed so it can be rebuilt. All the islands will need most of the surrounding brick work removed and rebuilt to prevent collapse 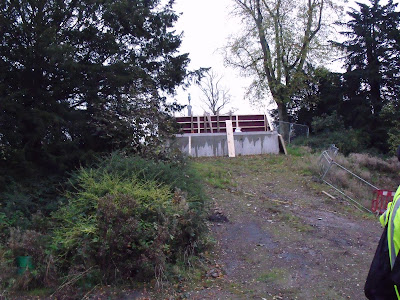 We were then shown Broad walk and the band stand. Most of the path is full of heavy machinery and work has been done on the main bridge which will span the valley to Coronation Walk. The heavy wooden bridge will be supported by a large arch and this time it will be level with steps on one side and a disabled ramp on the other so people can get to Coronation Walk. It will all be replanted. 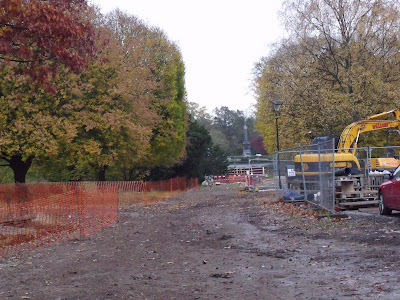 Its hoped the new bridges will arrive in January- February and will then be put in place with huge cranes as the bridge will have to come in large pieces. It will be major work to get these cranes into confined spaces but it is all planned. The lake area should be open by March and the paths will be rebuilt as a temporary measure. In the future the paths will have to be closed so new ones can be built once all the work has been done. Its hoped the lake will have both boats and fishing once again. There is problem with having Carp in the lake but with a new filtering system its hoped this can be done
Posted by Jan Wright at 11:49 PM